ANTHONY MARTIAL bamboozled the Kazakhstan defence with a stunning turn and assist to ensure France took the lead in their second World Cup qualifier.

Having slipped to a 1-1 draw at home to Ukraine in their opener, the 2018 champions were desperate to secure all three points on the road. 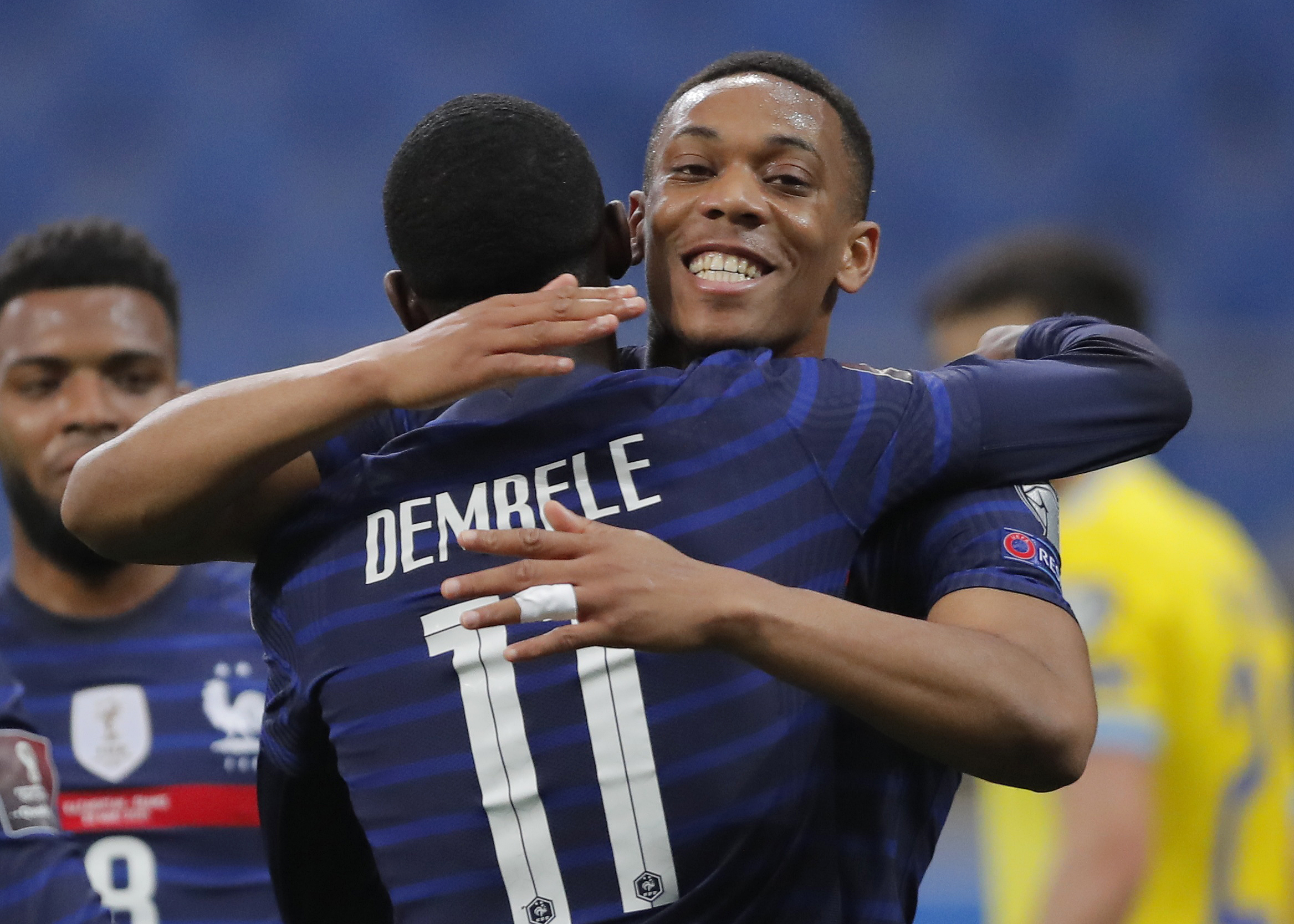 And Manchester United played a huge role in giving France the lead.

Paul Pogba picked up the ball on the right flank, stroking a well-placed pass to Martial.

The former Monaco striker silkily flicked the ball around his defender, swivelled and took control of it.

Keeping his head up, Martial picked out Ousmane Dembele with a simple, calmly-played pass.

The Barcelona man made no mistake as he sent the ball arrowing past Aleksandr Mokin and into the Ukraine net.

But fans were left with the jaws on the floor thanks to Martial's nonchalant yet dazzling piece of skill to tee up Dembele.

One tweeted: "Tasty turn by Martial for France’s goal. Martial FC might be back."

Another wrote: "That turn by Martial though…"

A third added: "See what I mean when I say Martial is a false 9 now?

"Picking up the ball on the half turn and passing it so cleanly like that isn't easy. What a player."

One said: "Lovely Martial. That turn, strength, first touch and the SIMPLE PASS."