THIS is the hilarious moment a Sky Sports cameraman found the wrong sort of hole in one during the Scottish Championship.

Damp conditions have made the fairways quite soft at Fairmont St Andrews on the European Tour this week. 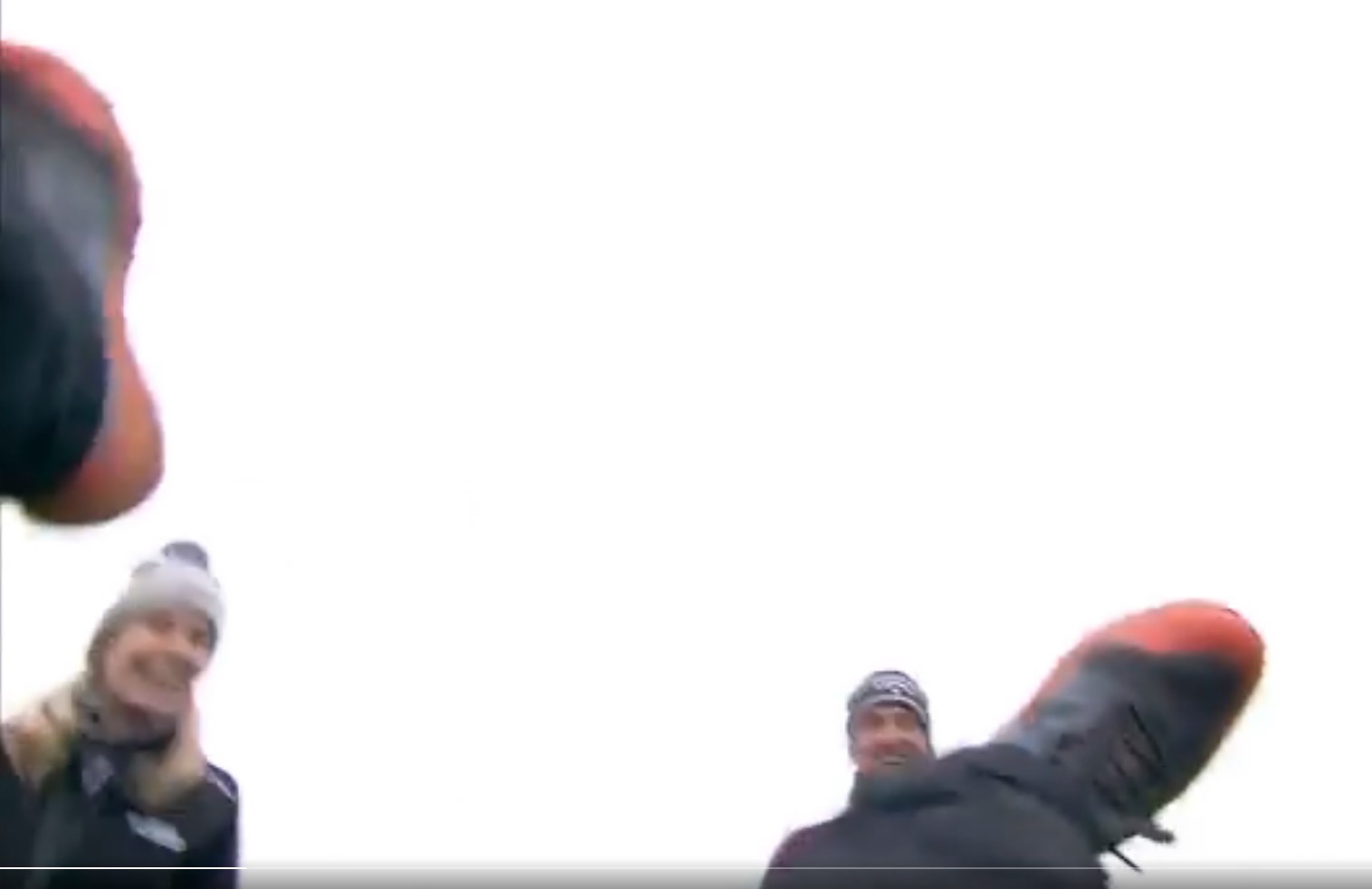 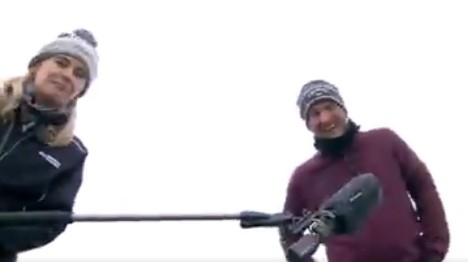 And James Hepburn discovered that first hand when he went head over heels filming an on-course interview with Scot golfer Marc Warren.

Hepburn was walking backwards as Iona Stephen chatted to Warren during his first round five-under 67.

All seemed to be going well when suddenly the camera shot towards the sky and all viewers could see were two feet flashing into view – before Warren peered into the camera laughing.

Another cameraman was on hand to film Hepburn's tumble and Warren shouted 'brilliant!' as he lay on the floor.

The light-hearted moment must have worked for world No243 Warren, who won the Austrian Open earlier this season.

His opening round shot him into contention behind first round leader Adrian Otaegui, who blitzed round in a scintillating ten-under 62.

Matt Wallace headed a four-strong English contingent after his seven under round, with recent winner Aaron Rai, Chris Paisley and Garrick Porteous a shot further behind.

Wallace said: “I felt like I really had it going on the front nine, but it got a bit cold on the back nine, and I wasn’t swinging it as well. I don’t know what’s wrong with me – I used to play in any weather! 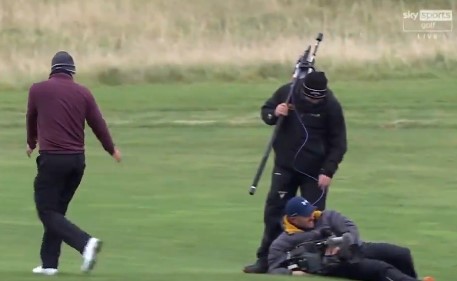 “Growing up I’d have been out in shorts and a short-sleeved shirt in that. I guess as you get older you get a bit soft too.

“But I was pleased with that start, and I’ve felt for a while that a big performance is just around the corner. The skill set is all there – the shot-making and the short game – but I haven’t quite been at it mentally.

“I must admit when I looked at this course on Tuesday, and it was absolutely pumping down, I couldn’t see a score like that, let alone ten under.

“But we had much more favourable conditions today, and the greens here are amazing. For a links course they are just fantastic.”

Meanwhile, on the other side of the pond, Tyrrell Hatton will look to win in back-to-back weeks after opening the star-studded CJ Cup with a seven-under 65 to sit one ahead of the chasing pack.