NEYMAR has consoled a Santo youth team player in a heartwarming clip after he was subjected to online abuse. 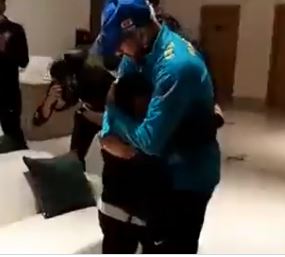 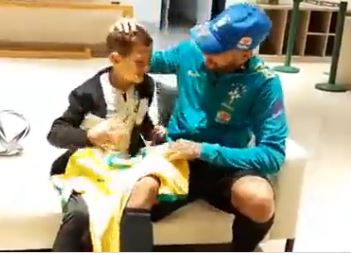 According to Remo News, the abuse Bruninho faced led the young footballer to release a video reacting to the messages he had received.

And that clip saw many stars of the sport come out and defend him.

The latest of those was Brazil's superstar forward Neymar who took the time to meet Bruninho.

The Paris Saint-Germain player's presence led the young boy to break down in tears in front of his idol.

And he was then beaming with delight after Neymar signed a Brazil shirt and gave it to him.

The former Barcelona man's gesture was greatly received and social media users praised Bruninho for his handling of the whole situation.

One person said: "That kid is going to be a big star!"

While another condemned the abuse Bruninho had received by adding: "He got abused online? Bruh that's literally a child. Society these days smh…"

Meanwhile, reacting to Neymar's actions another person said: "A man of the people. Never change Neymar."

Neymar is currently away on international duty with Brazil and helped his country beat Colombia 1-0 on Friday to secure their place at the Qatar World Cup.

They are set to take on Argentina on Monday having dropped just two points from their 12 qualifiers so far.