It was a throwback goal from a Real side managed by Carlo Ancelotti, with Karim Benzema supplying the pass for Bale to tuck the ball past goalkeeper Aitor Fernández. 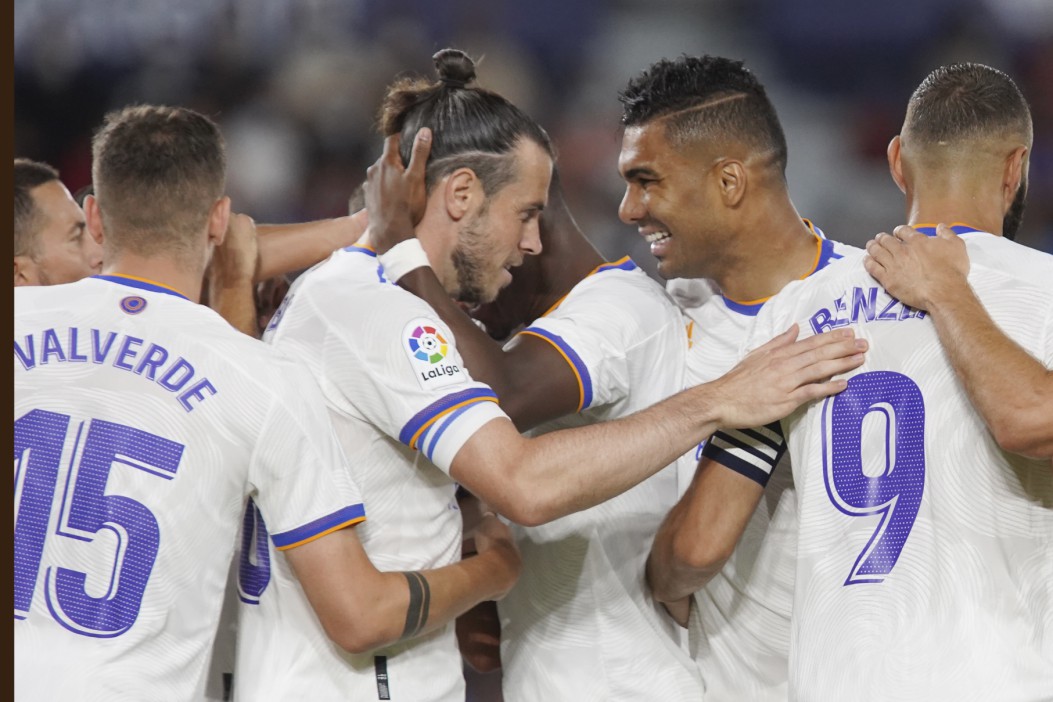 But it was newcomer David Alaba who provided the defence-splitting ball to put Benzema through on goal.

Bale's goal came inside five the opening five minutes and the Welshman was visibly delighted with his effort.

But his and Real's delight did not last, with Roger Marti equalising for Levante shortly after half-time.

Things got worse for Ancelotti's side minutes later Jose Campana put the home side in front.

Bale, 32, has had a difficult few years at club level having been isolated at Real by previous boss Zinedine Zidane.

He played 16 La Liga games in 2019-20 and was limited to just three appearances in the Champions League.

That led to his loan move to Tottenham last season, but he also found game time difficult to come by under Jose Mourinho.

He still managed 11 goals from 20 Premier League matches but Daniel Levy decided against bringing him back to the Tottenham Stadium on a permanent basis.

Spurs' loss is Real's gain and supporters expressed their happiness with his goal on social media.

One Twitter user said: "Bale returned to Real Madrid hungry and motivated to prove everyone wrong. I can’t express how happy it makes me. We have our Welsh wizard back.

Another added: "When he's at all motivated, Gareth Bale is still brilliant."

A third wrote: "And people thought Gareth Bale was past his prime."