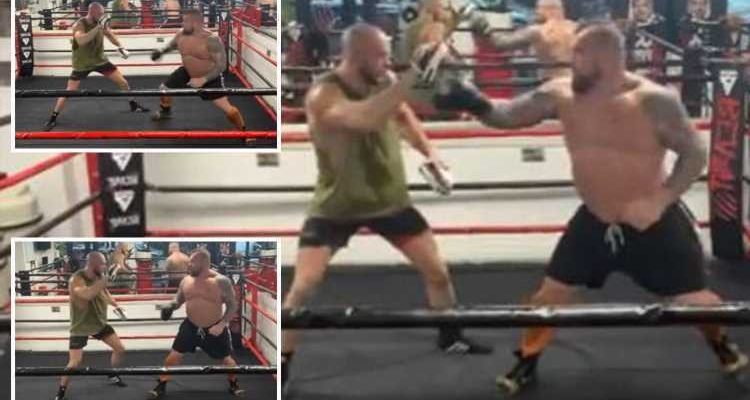 EDDIE HALL is back training again just three weeks after bicep reattachment surgery – but is only using his left hand.

The former World's Strongest Man, 33, was forced to pull out of his super-heavyweight fight with strongman rival Hafthor Bjornsson, 32. 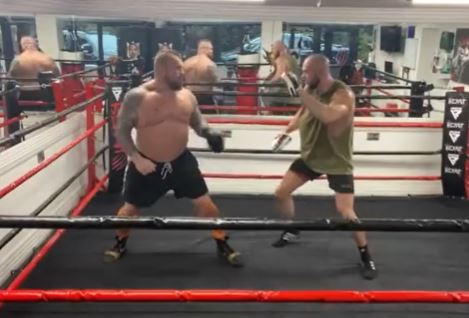 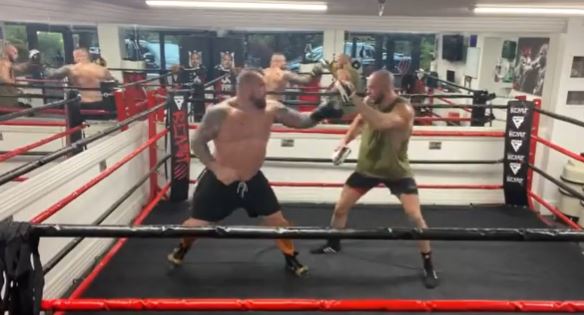 But he is already back training as he showed off his one-armed padwork on the road to recovery.

Hall was due to fight Bjornsson – known as Thor – in September but it is now set to be rescheduled to a later date.

The Brit explained he caused the detachment by throwing a 'lazy left hook' while in training.

He said on Instagram: "Little bit of bad news. On Monday I threw a bit of a lazy left hook in training and detached my bicep.

"Good news is I had the surgery on Thursday, it was a complete success. The bicep's reattached I'm able move it already, even after two days.

"Bad news is the fight is going to have to be delayed, it won't be going ahead on September 18.

Thor also expressed his disappointment in the fight being delayed in a statement but revealed he will still return next month.

He said: "Super disappointed but this is not in my hands

"Next up is finding a new opponent so I can fight in September. I’m taking this extremely serious and I’ll be even more prepared.

"When Eddie is ready, I’ll be waiting."

The Game of Thrones star is now lined up to fight arm wrestler Devon Larratt, who has replaced Hall.