WITH the Premier League season drawing to a close, there have been stars from outside the top two.

From Son Heung-min to Aaron Wan-Bissaka, there are players worthy of a team of the year that isn't dominated by Liverpool and Man City. 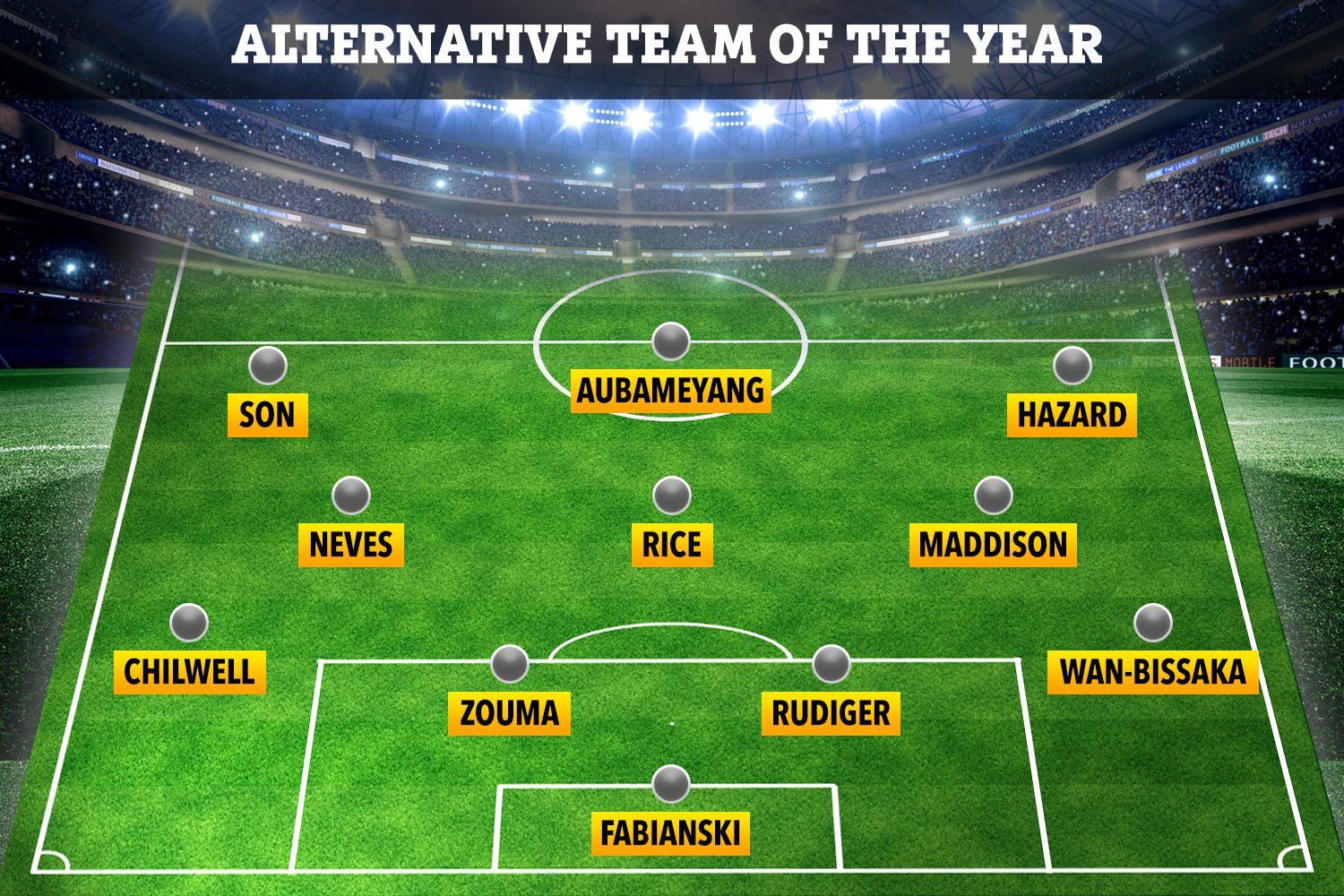 So, here, SunSport pulls together a Prem XI, sent out in a 4-3-3 formation, that has impressed and progressed over the last 38 games:

In a West Ham side containing Declan Rice and Filipe Anderson, Fabianski's achievement at being named Hammer of the Year was deserved.

No Prem keeper has made more saves than the Pole in his first campaign at the London Stadium, showing a shrewd bit of business.

It is just a matter of time before the Crystal Palace man is pulling on an England first-team jersey.

A brilliant campaign at Selhurst Park has seen the 21-year-old added to Manchester United's wanted list this summer, and the price tag would be hefty.

In a turbulent season at Stamford Bridge, German Rudiger has been one of the impressive figures in a chaotic Chelsea defence.

Rudiger is the organiser at the back, the cool and calm head who is capable of picking a pass and scoring crucial goals for Maurizio Sarri's side.

That Everton are so keen to keep hold of Zouma this summer shows the impact the Chelsea loanee has had at Goodison Park.

A rock in the heart of Marco Silva's defence with the ability to play out from the back. The Blues would be foolish to let him go, especially with their transfer ban looming. 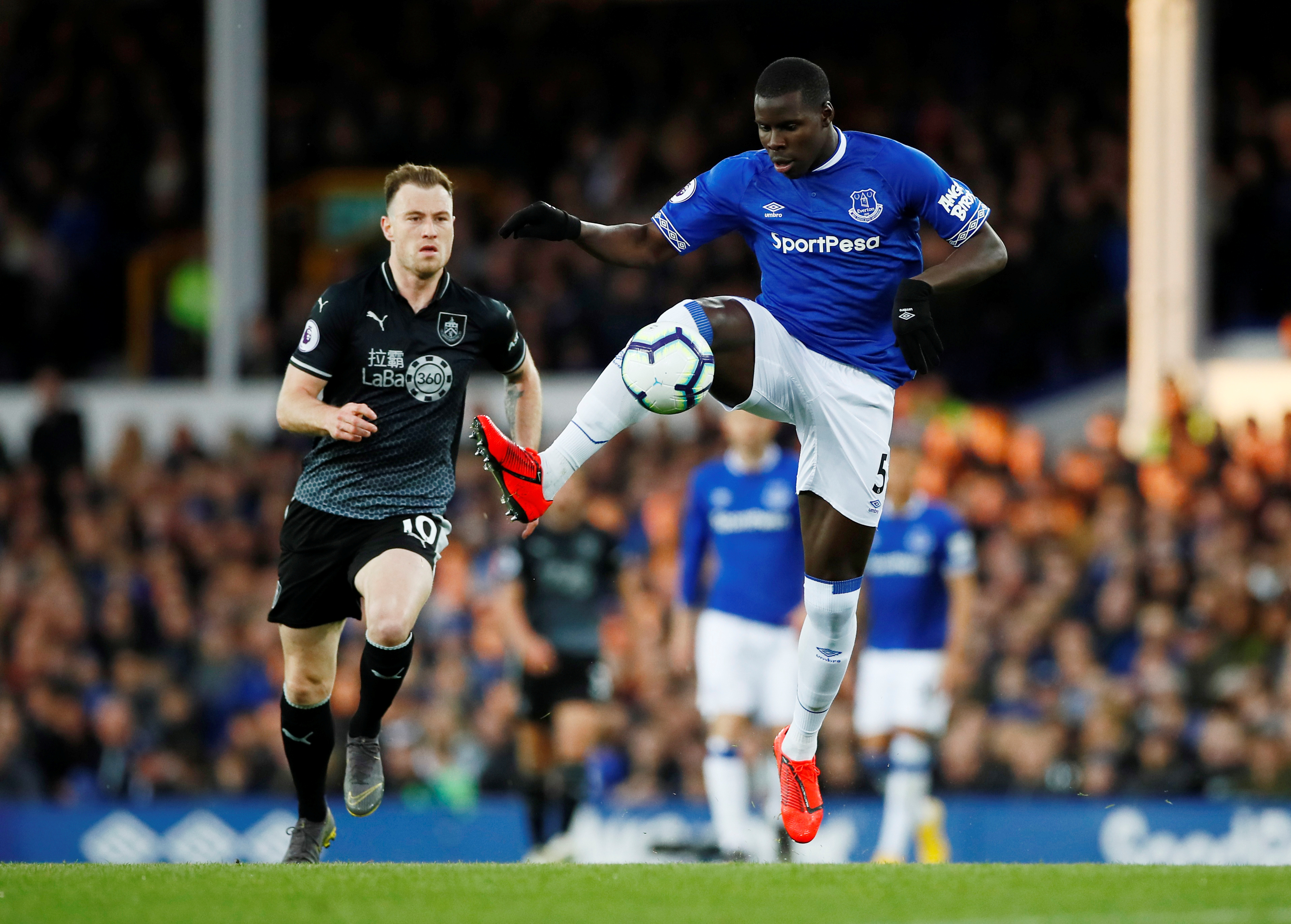 Emerged as one of the best full-backs in Europe this season, which could see him plucked away by Pep Guardiola for £42million this summer.

His lethal left foot and darting runs would strengthen City, as this season Chilwell's pace and ability is matched only by Liverpool's Andy Robertson.

Excelled in his first season in the top flight after joining Leicester from Norwich.

Slipped into the first-team with ease and looks likely to be an England star of the future, and not too distant future. Will continue to thrive under Brendan Rodgers.

Certain to be a regular in the engine room for the Three Lions in the coming years.

West Ham, with their proud history of producing young talent, have come across another in Rice, 20, who controls the midfield and is destined to only get better. 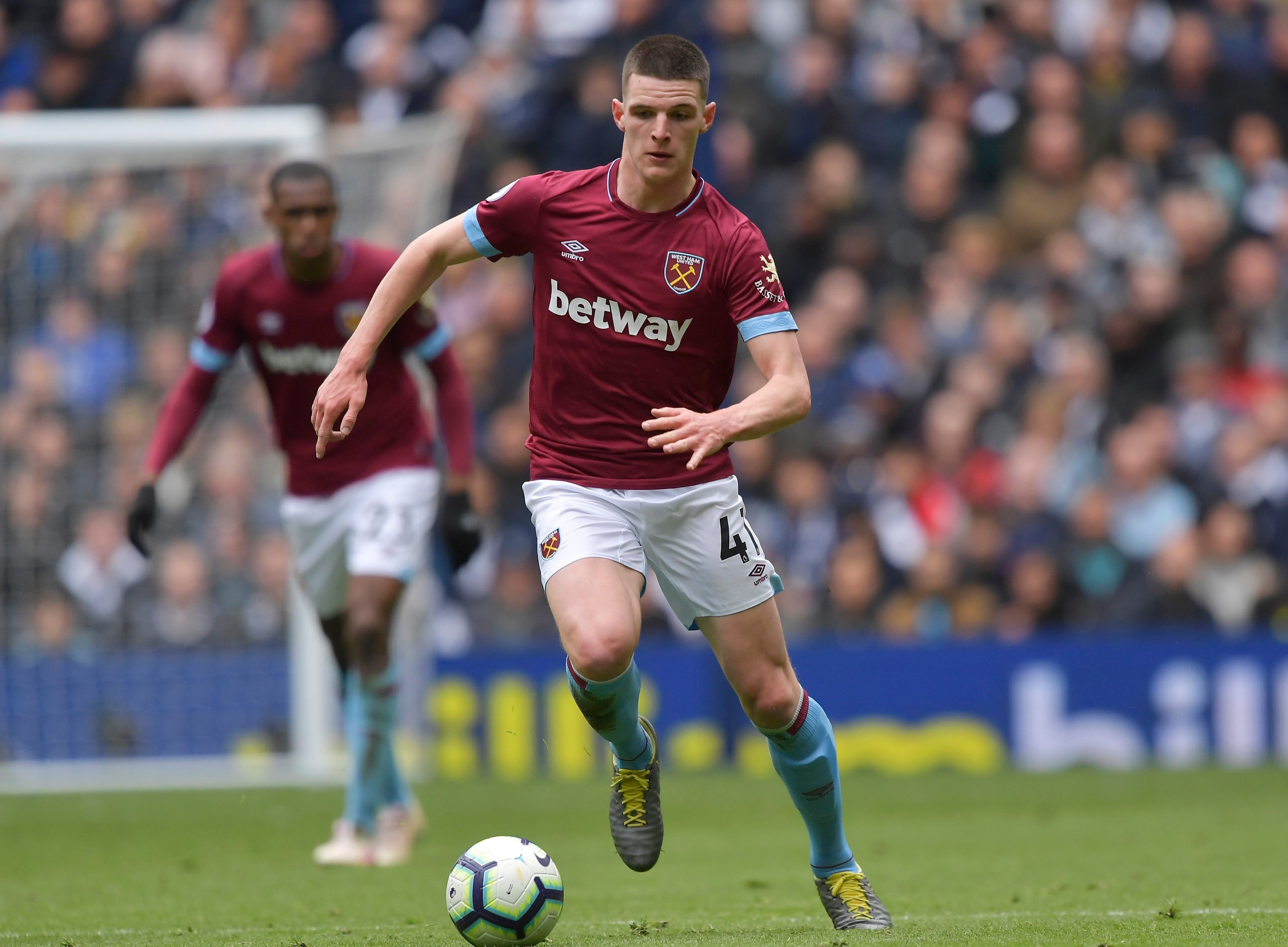 It was always clear the Wolves man was suited to Champions League football rather than Championship.

The Portuguese 22-year-old has shown a stunning range of passing and vision that has seen him linked with Liverpool and compared to Kevin de Bruyne.

Likely to be the last season we will see the brilliant Belgian in Chelsea blue, and it was, statistically, his best yet.

Destined for Madrid, Hazard has shown us why this season with his capability to bring a team to its knees single-handedly. The Prem will be worse off without him.

No Kane, no problem. Twice this season Spurs have had to cope without their talisman and the hugely talented South Korean has stepped into his shoes with ease.

A player so frequently described as underrated and yet remains underrated. Another phenomenal season at Spurs which establishes his place in the category of world class.

A massive 20 goals and five assists in his first campaign in English football shows why Arsenal were willing to part with £56m for the Gabonese striker.

And Aubameyang's first full season was summed up as he fired the Gunners into a Europa League final, handing the club a Champions League lifeline. 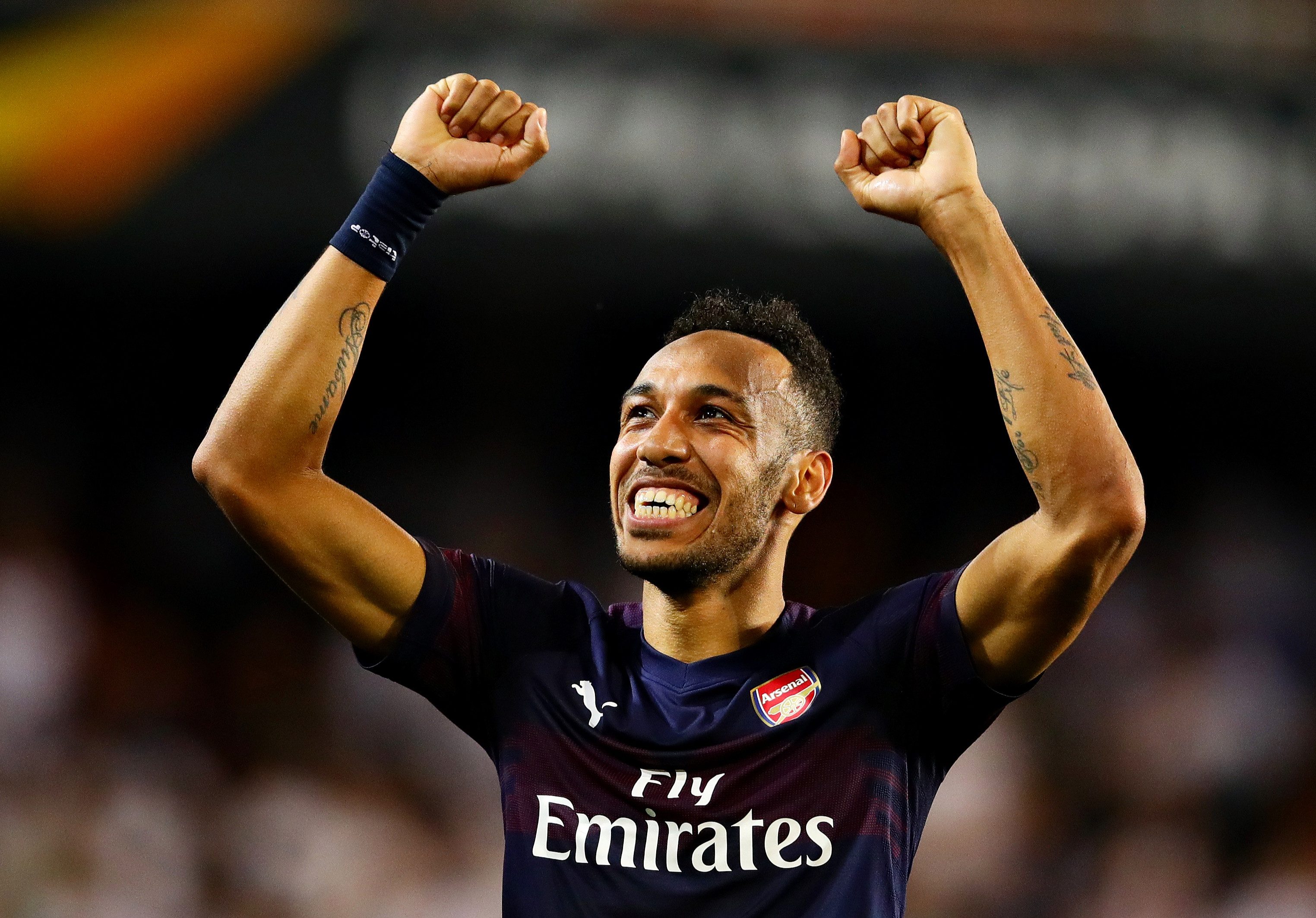 A self-imposed two-window transfer ban, chaotic stadium move and crucial injuries to his star striker, and yet Poch comes out on top.

The Argentine has somehow guided Spurs to their first ever Champions League final and should be manager of the year even in a category including Klopp and Guardiola. 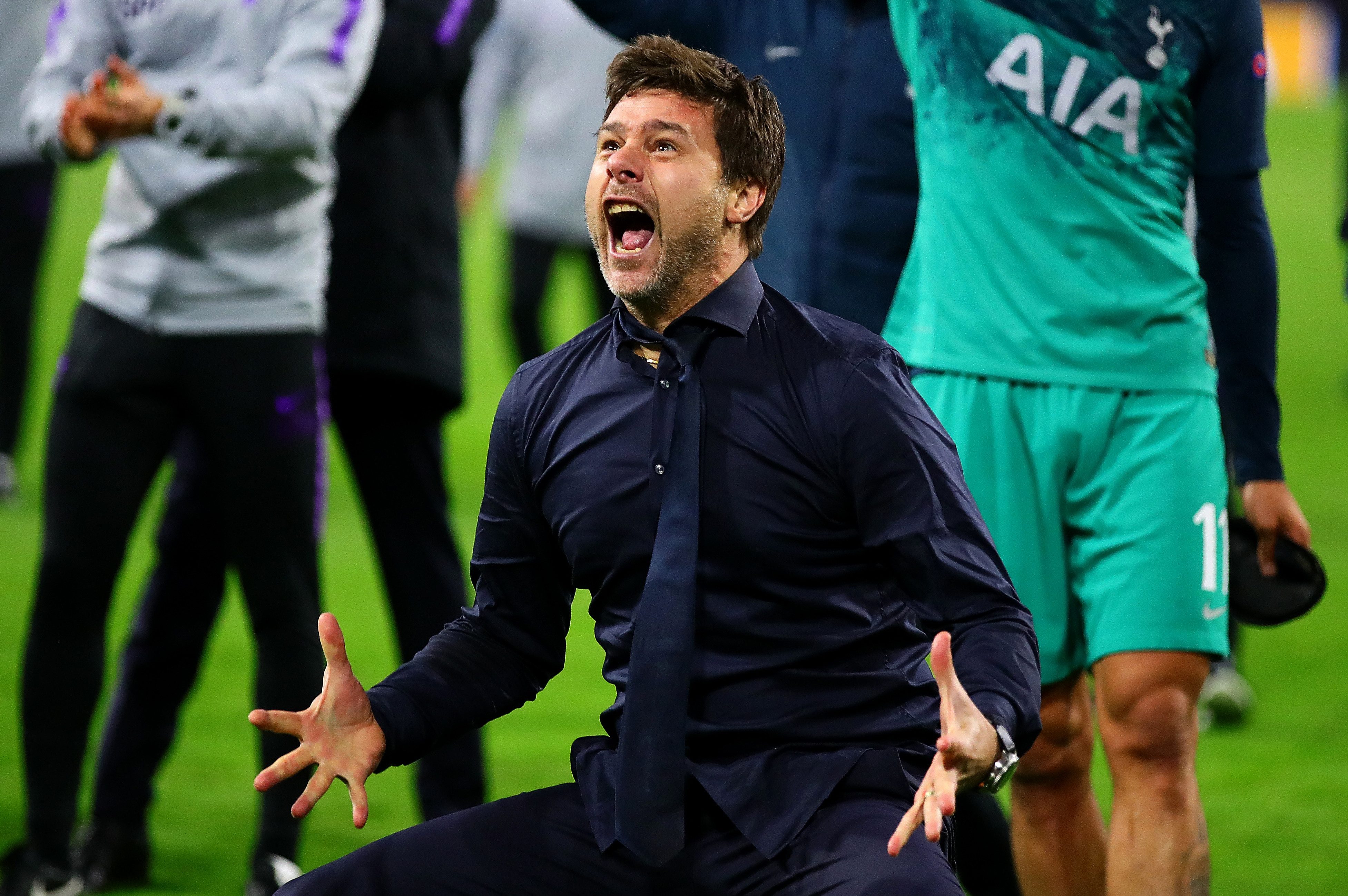