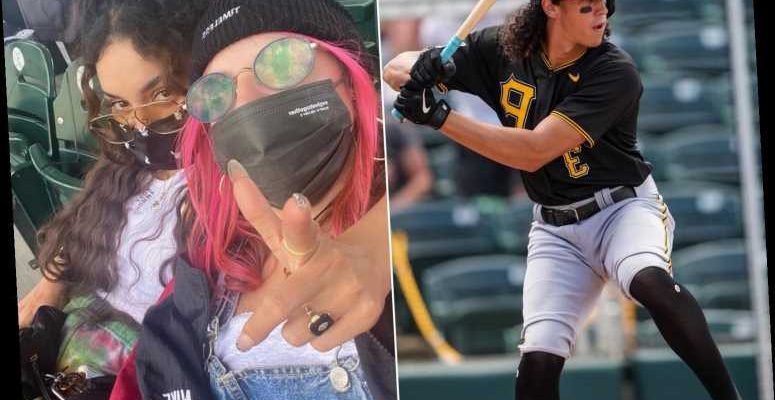 Take Vanessa Hudgens out to the ball game.

On Tuesday, the girlfriend of Pirates player Cole Tucker shared an Instagram snap from the stands at LECOM Park in Bradenton, Florida, as she watched Pittsburgh defeat the Minnesota Twins, 1-0.

“Do u like sports? Cause we do,” Hudgens shared with her 40.5 million followers.

Joined by her musician pal, GG Magree, the duo also bounced around to the tune of “Take Me Out to the Ballgame” during the Pirates’ victory over the Twins.

Tucker, 24, got a walk during Tuesday’s game with two at-bats.

First linked in November, Hudgens, 32, and Tucker made their romance Instagram-official last month. The pair posted Valentine’s Day tributes to one another on social media.

Tucker also gushed about Hudgens during a media session in late February.

“I got a girlfriend and she’s cool,” Tucker told reporters at the time. “She’s awesome, I love her.”

Prior to her romance with Tucker, Hudgens dated actor Austin Butler. The pair called it quits in January 2020 after nearly nine years together.