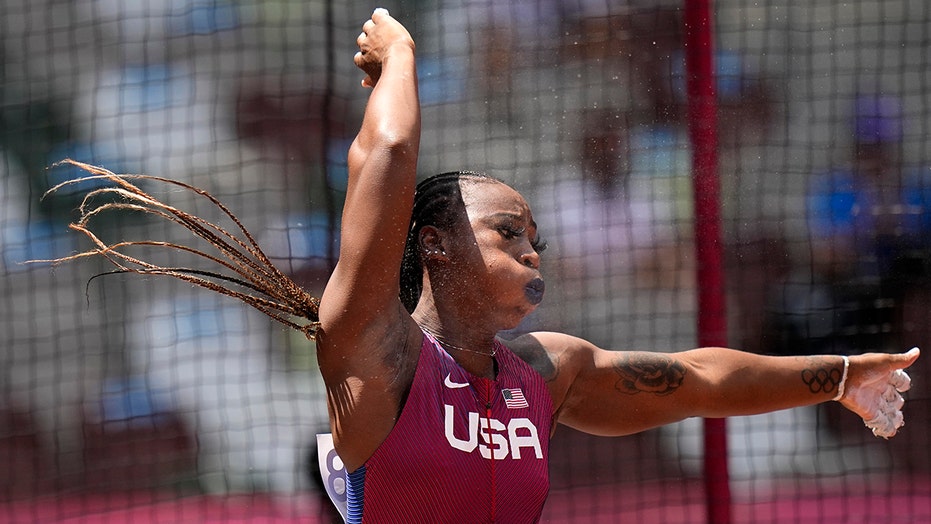 There are 600 Americans participating in the Tokyo Olympics, and Gwen Berry, who made negative headlines last month, says she is as proud as anyone wearing the red, white, and blue uniform of the United States.

Berry turned away from the flag when the national anthem was played during the medal ceremony at the U.S. Olympic trials, and it caused an uproar from Americans all over the country. Despite, the negative attention, Berry feels like she belongs.

“I feel like I’ve earned the right to wear this uniform,” Berry said on Sunday after she made it through the qualifying round in her first appearance at the Tokyo Games.

Berry hopes to be standing on the medals stand a few nights from now while “The Star-Spangled Banner” plays, and if that happens, the Olympic hammer thrower says that she will continue to do what she’s been doing.

“I’ll represent the oppressed people,” Berry said. “That’s been my message for the last three years.”

Two years ago on the medals stand at the Pan American Games, Berry raised her fist, which also sparked controversy and continued the never-ending debate of what is or isn’t allowed at Olympic venues. In Berry’s eyes, none of that matters because her attention is on getting a medal in Tokyo.

“I’m just focused on what I need to do,” Berry said. “Because all those people who hate me, they aren’t here. So they can’t affect me.”