DEIVESON FIGUEIREDO's reign as the UFC's flyweight champion of the world is over following a stunning submission loss in his rematch with Brandon Moreno.

The God of War renewed his rivalry with the much-loved Moreno in the early hours of the morning in the co-main event of UFC 263 in Glendale, Arizona. 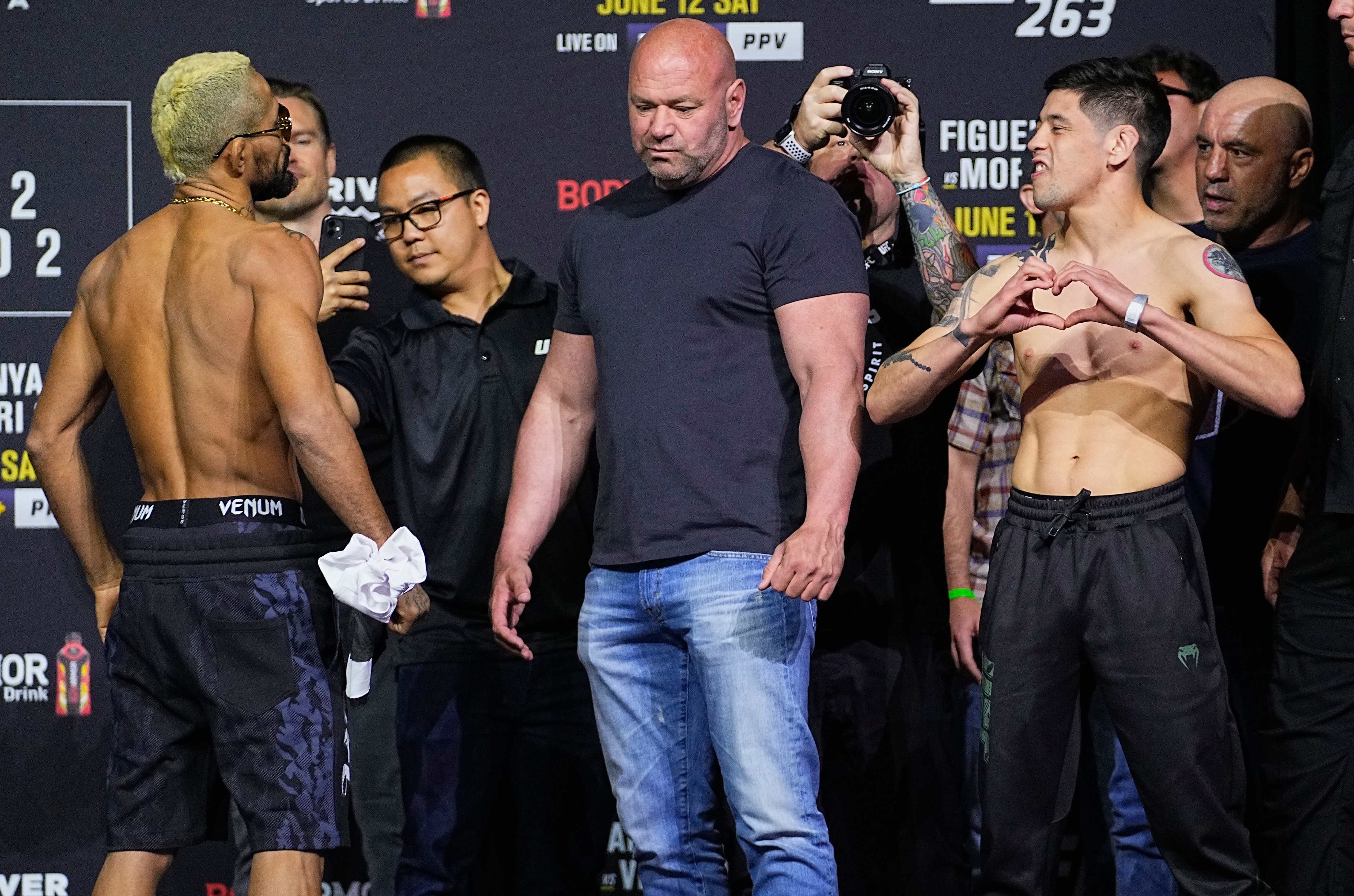 Figuieredo and Moreno turned in a Fight of the Year contender last December, with their UFC 256 clash ending in a draw.

But Moreno left no room for doubt second time around, submitting Figueiredo with a third-round rear-naked choke.

Figueiredo went into his third title defence hellbent on securing a knockout:

But the Brazilian adopted a surprisingly cautious approach in the early embers of the fight.

Figueiredo's lack of activity allowed Moreno to establish an early lead in the round, which he punctuated by dropping the champion with a stiff jab.

Figueiredo upped his output in the second but was still several steps behind the challenger.

Moreno did a good job of mixing up his strikes and takedown attempts early in the third.

And when he did take Figgy down, he quickly transitioned to the back and back to look for a rear-naked choke.

The submission didn't look like it was going to come off, but Moreno eventually managed to slip his arm in under the neck and force the tap.

Moreno's stunning upset completed a remarkable fairytale story for the 27-year-old, who now holds the honour of being the first Mexican-born UFC champion.