Lessons do not come much harsher than Tyrone’s six-goal hammering in Killarney last month.

The Red Hands, under new management after Mickey Harte’s 18-year tenure, were looking to play a more expansive style throughout the National League.

There were positive signs in the Division 1 North group, and a semi-final date with Kerry would prove an accurate barometer of their progress.

David Clifford, Paul Geaney, Sean O’Shea and co made sure it was a long trip back north for the visitors. Joint-managers Feargal Logan and Brian Dooher learned a costly lesson.

“It’s constant reassessment around football teams,” Logan said, refuting the notion that the Kerry defeat puts them back at square one.

“You have your basic themes and you try to stick with them, your basic convictions. And we possibly paid a price that day, but we have to now look at Cavan and that’s our singular focus.

“We’ve got to set up and think about that. Of course, you have periods of reflection after every game, particularly defeats. The heavier the defeat, the deeper the period of reflection. So we’ve had a bit of time on that, we’re back on the pitch, everyone has responded well and are training very hard. We’ve just got to keep with it and keep assessing everything as it goes.” 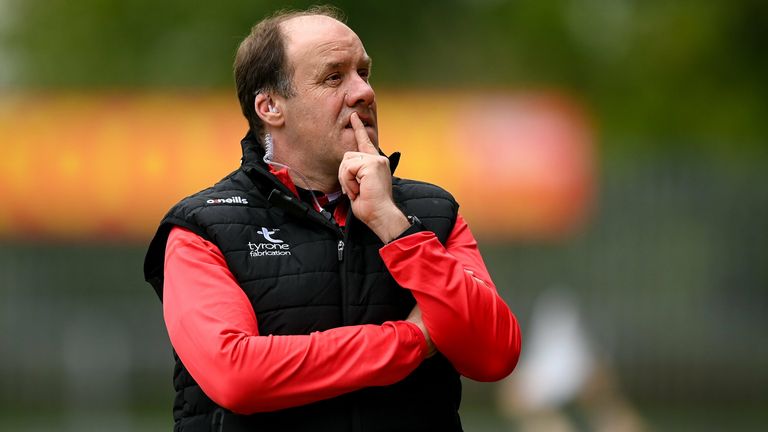 Logan has been around the block long enough to know every team experiences a bad day at the office.

“So you just have to swallow them. It’s famously said that you’re never as high as you feel and never as low as you feel. So somewhere in between. Of course it’s a chastening experience. But that’s life.

“Around football, you get days when things just go totally off-beam on you. Anybody that’s escaped them in their football career, when you’re kicking about as long as Brian and myself and others are, you’d do very well to escape a day like that.”

One side-effect of the Fitzgerald Stadium hiding is that hopes have now cooled, although expectation remains.

“Nothing like a defeat to temper expectations,” Logan said. “But things can change in football quickly as we know, and in sport. The expectation and the burden of pressure is from within, really. We’re lucky it’s a very interested and very deep-rooted county in Gaelic football.

“It took a long passage of years to bring Tyrone to the top. So listen, it’s something we’ve just got to live with and we hope things work out.” 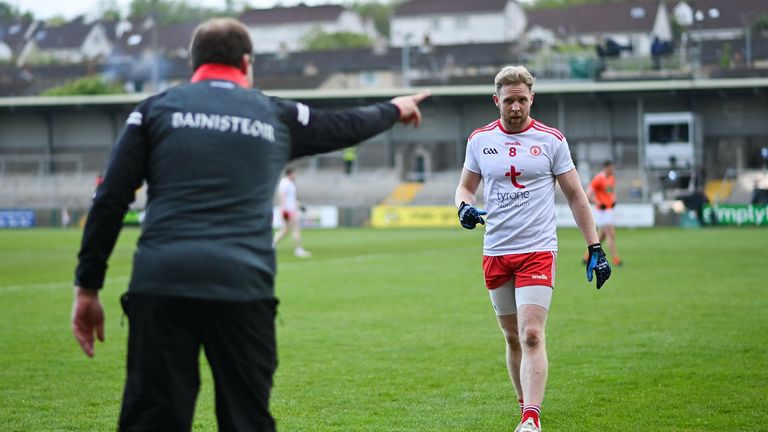 But he knows the Kerry defeat could be quickly forgotten if the Red Hands deliver in the coming weeks, starting with this Saturday against Cavan.

“A championship win can never be overstated,” he said.

“To win against Cavan and to beat the Ulster champions would be a major fillip for Tyrone. But we have to prepare diligently. It works both ways, every team is hunting for a championship win because it can set them alight. And Cavan will be thinking that too, because they’re the Ulster champions. They came off a relegation last year and won the Ulster title. So they’ll want to set their year alight as well, shortened and all as it may be.

“It’s a big carrot for everyone, the first round of the cut-throat championship and it can bring teams together.”

Many have earmarked Tyrone as a coming team, who will be a force in year two or three of this management team. But Logan, Dooher and co are not thinking along those lines. They are entering the 2021 championship to deliver. Not to build for the future.

“Sport has taught us all and football has taught us all too, seize whatever day is ahead of you because you can’t really look that far ahead and see what happens. We’ve had the league campaign, we’ve now had a couple of weeks together, we’ve a good set of players in Tyrone, and we’ll be going for it. Let’s put it that way.”

Watch Tyrone vs Cavan and Tipperary vs Kerry live on Sky Sports Arena from 3:30pm Saturday.