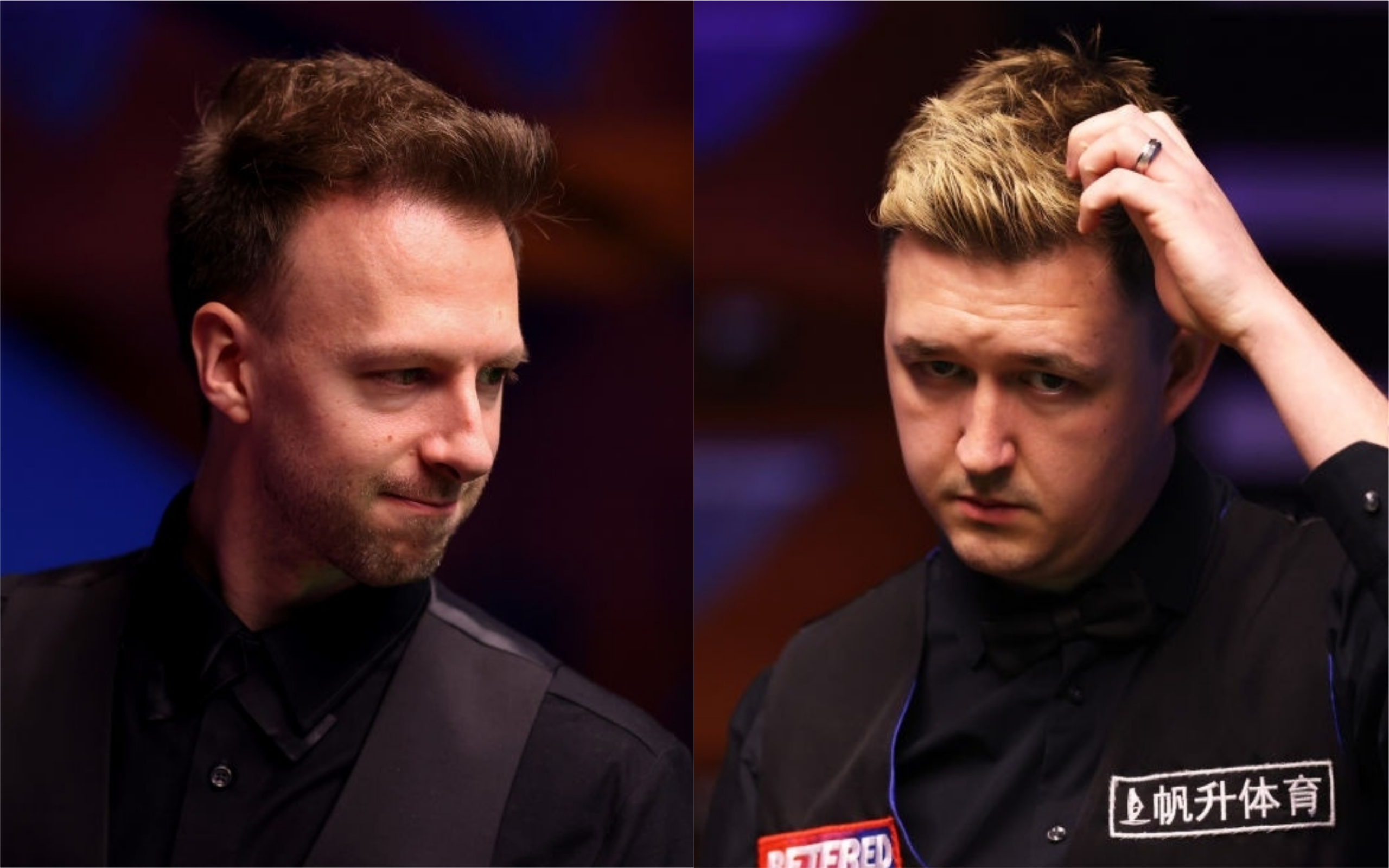 Judd Trump had no sympathy for Kyren Wilson’s complaints about being exiled from the main table at snooker tournaments, saying he needs to earn his spot by winning the World Championship.

Wilson was the first player to win on Monday morning at the English Open, beating Noppon Saengkham 4-0 in Milton Keynes, but he was not impressed that he was on Table Two, despite being ranked number five in the world.

‘I feel like I’m spending all my time on Table Two and Table Three, on the graveyard shift,’ he told Metro.co.uk. ‘I want to be back on Table One where I feel like a world number five should be really.

‘I feel like at the minute, world number five counts for nothing, whereas you’re actually in the real top bracket of the game. What does it mean if you’re out in the sticks all the time and not on the showbiz table?’

Trump had little time for the Warrior’s complaints, though, and although he remembers being in the same position, says that Kyren must replicate his success to earn his place at the top table.

‘People forget that only maybe four years ago when I wasn’t number one, I was number four or five, I’d won eight events but I was never on the TV table,’ Trump said after beating Matt Selt 4-1 in round one of the English Open.

‘It was always Ronnie [O’Sullivan], Mark Selby, Neil [Robertson], Ding [Junhui], I was the last person to get on the TV.

‘I was on Table Two, Three or Four, I was just begging not to be on the same session so I could even get on Table Two sometimes.

‘I don’t sympathise. That’s something that spurs me on. I don’t want to go back to being on Table Two, it’s not the same to being the centre of attention.

‘Kyren’s probably feeling like I was, he feels like he deserves to be there, but until you win the World Championship or you’re world number one, you’re just not going to get ahead of Ronnie O’Sullivan, for a start.

‘You’re not going to get ahead of the defending champion, the world number one, people like that. It’s a tough road but it’s one that will help him in the long run if he gets there.’

‘Otherwise you’re relying on players not playing at the same time as you. Unless he wins the big events, he’s probably not going to be there.’

Trump takes on Jimmy Robertson in round two at the English Open, while Wilson takes on Ashley Carty.