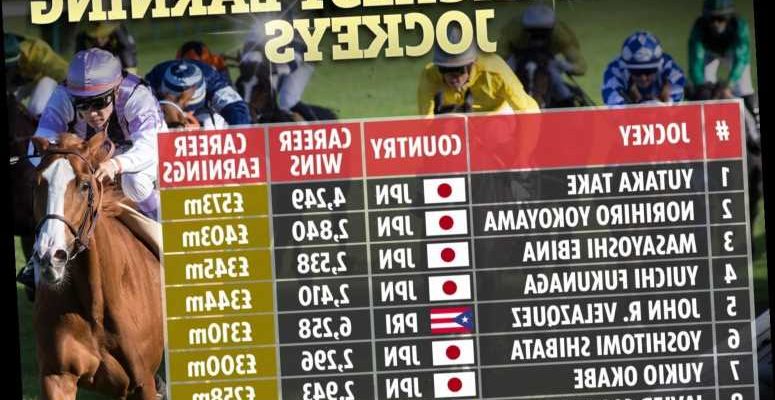 THE biggest earning jockeys in the world have been revealed, but you may not be familiar with those at the top!

Frankie Dettori, who has won 3,286 races, was the only UK-based jockey to make the list of 50 as he came in well down in 37th place. 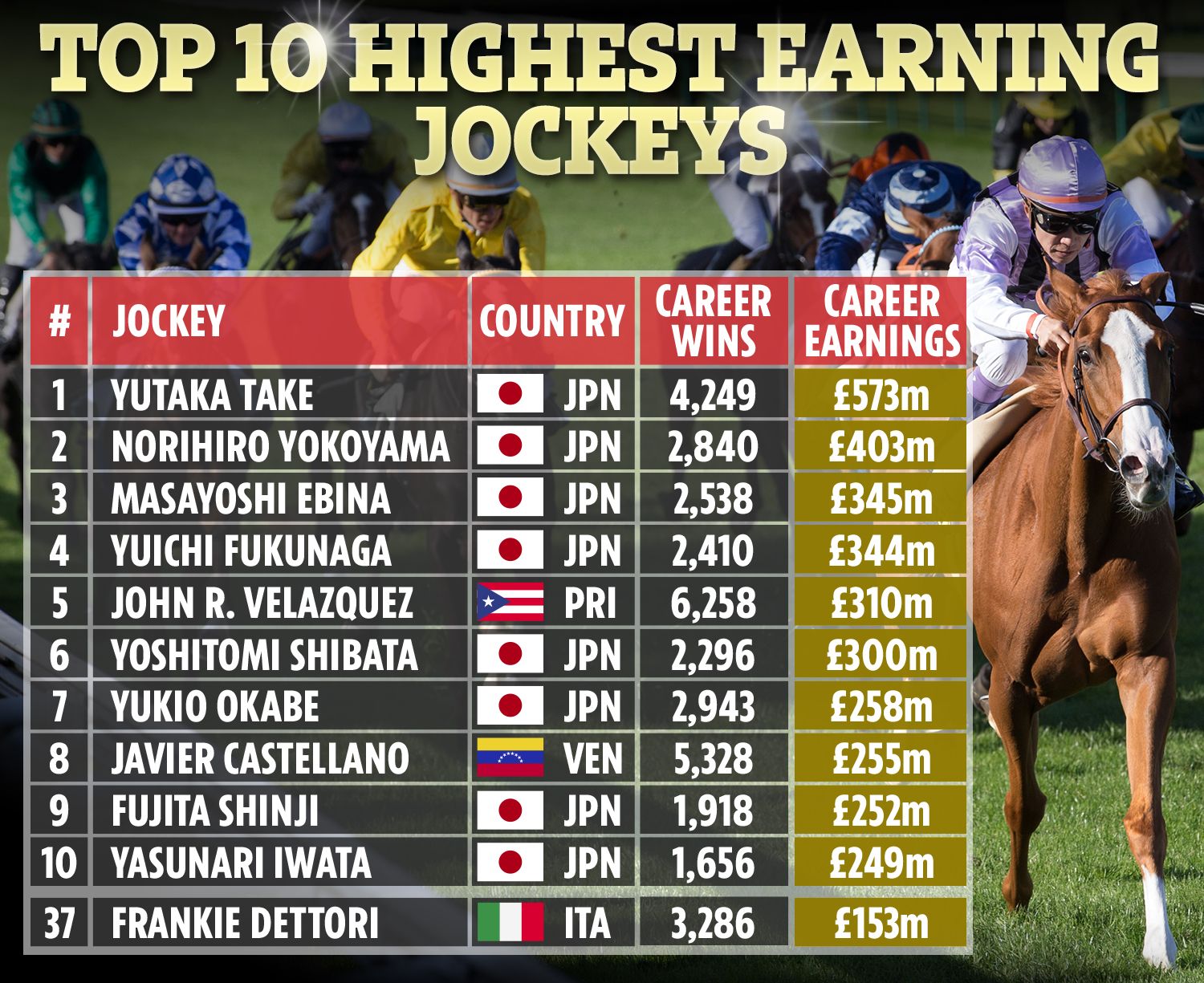 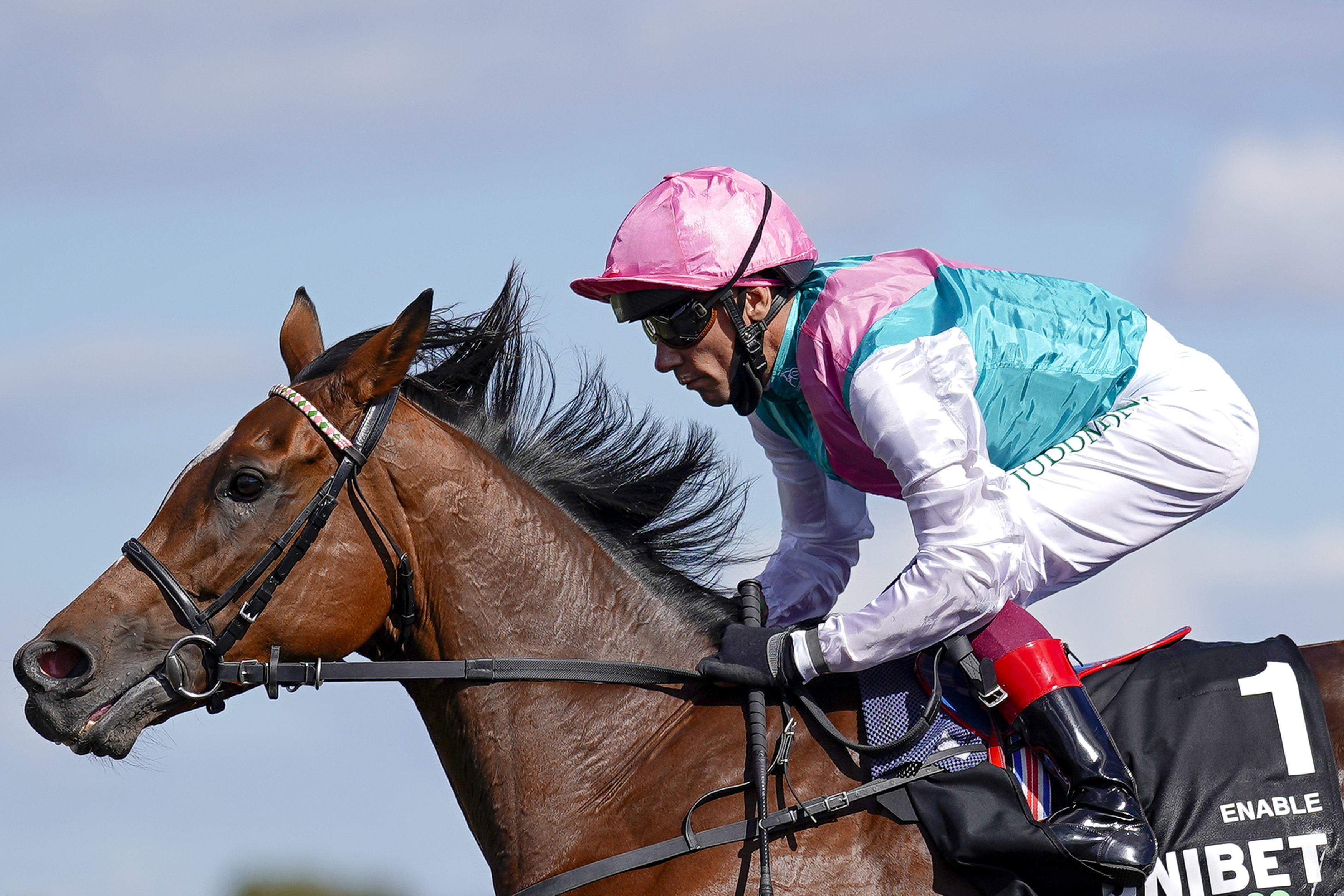 The No1 spot, from the figures compiled by OLGB, was filled by Japan's Yutaka Take who has won a total of 4,249 races in his career.

As a result, the total amount earned from all of those race victories comes to a startling £573million.

Of course, Take himself will only receive a fraction of that figure as the money is divided up between the owner, trainer and jockey.

Nevertheless though, it is safe to assume that generally speaking the more races a jockey wins the more likely they are to receive well-paid sponsorships and retainers.

Japanese jockeys make up all of the top four positions in the list, with Take followed by Norihiro Yokoyama, Masayoshi Ebina and Yuichi Fukunaga.

And then in fifth is Puerto Rican John R. Velazquez who has the most career wins out of the top ten with 6,258. 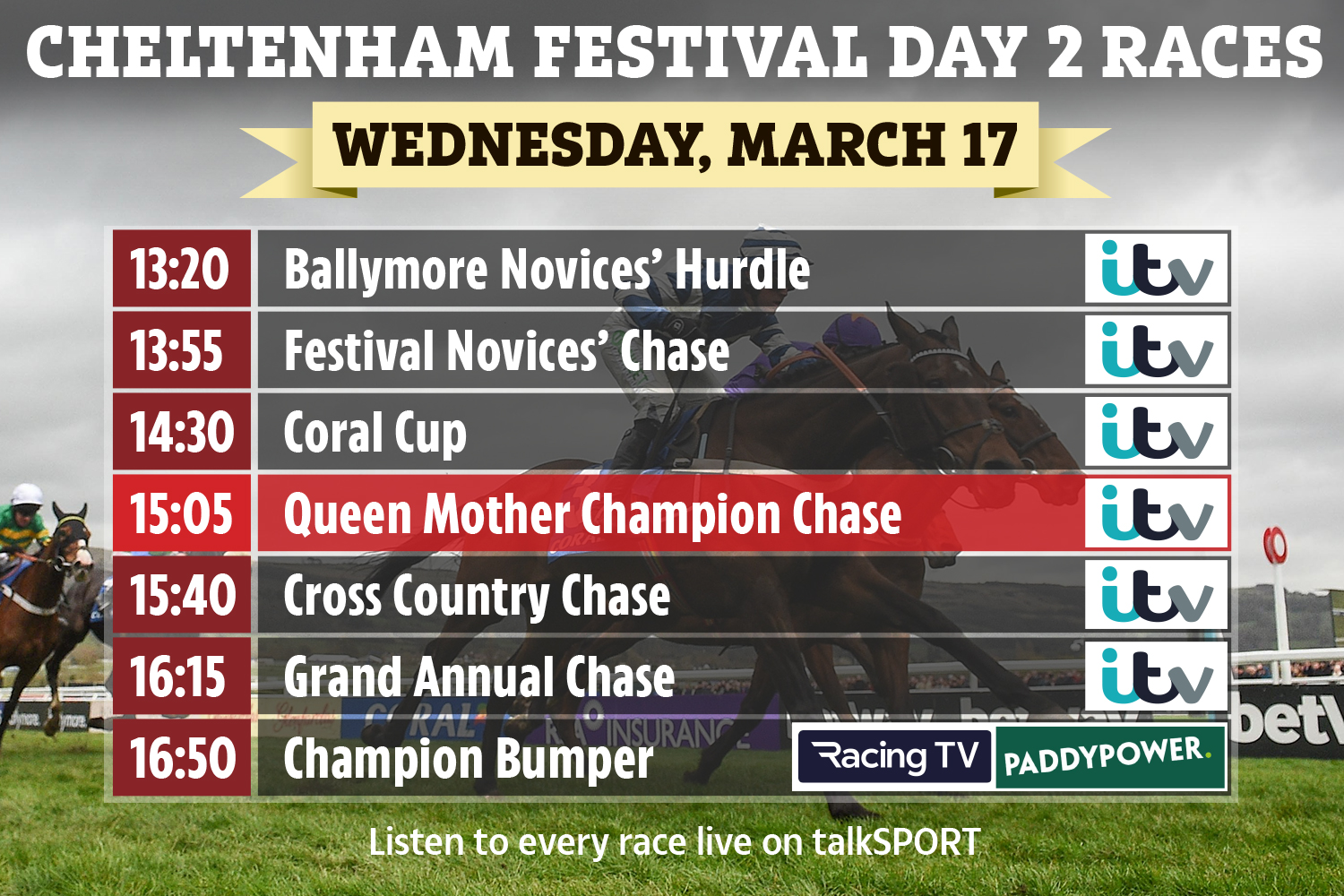 But that pales in comparison to Canadian Russel Baze who has the most wins on the 50-strong list with a staggering 12,842 victories to his name.

Meanwhile, fellow UK-based jockeys Tony McCoy and Ruby Walsh are a way off the list when it comes to financial rewards.

McCoy's earnings are reportedly £39m, while Walsh's are said to be £21m.