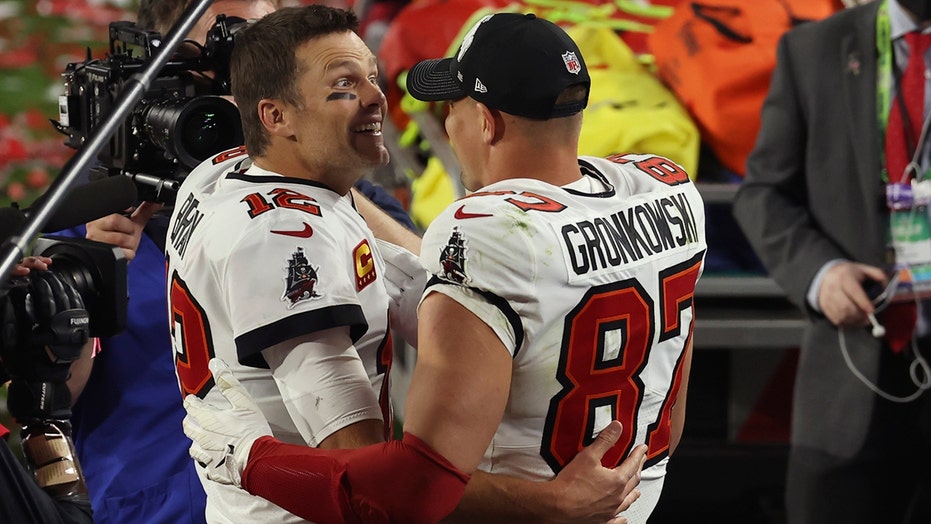 Tom Brady and Rob Gronkowski appear to be gearing up for another run at a Super Bowl.

“We’re coming back,” he told CBS Sports’ Jim Nantz on the podium while receiving his Super Bowl MVP award. “You all know that.”

Gronkowski said in a postgame interview on the NFL Network that he had a “ball” this season and the locker room atmosphere was “amazing.”

“I don’t see any reason why I won’t be back,” Gronkowski said, adding he’s going to take a few weeks to think about it.

Brady had three touchdown passes in the game – two to Gronkowski and one to Antonio Brown. Leonard Fournette also ran for a touchdown. He finished with 21-for-29 with 201 passing yards and won the Super Bowl MVP award for the fifth time in his career.

Gronkowski had six catches for 67 yards. The tight end and Brady became the duo with the most touchdowns in postseason history with 14 all-time.

Both players joined the Buccaneers in the offseason. Brady signed a two-year, $50 million deal in March and somehow got Gronkowski to come out of retirement and join him in Tampa. Gronkowski is an unrestricted free agent this offseason.

While the time limit on their careers is unknown, Brady said leading up to the Super Bowl he would “definitely” consider playing past 45 years old.