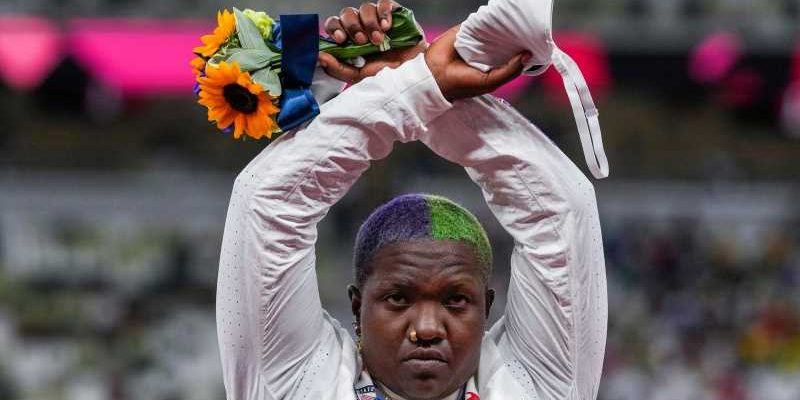 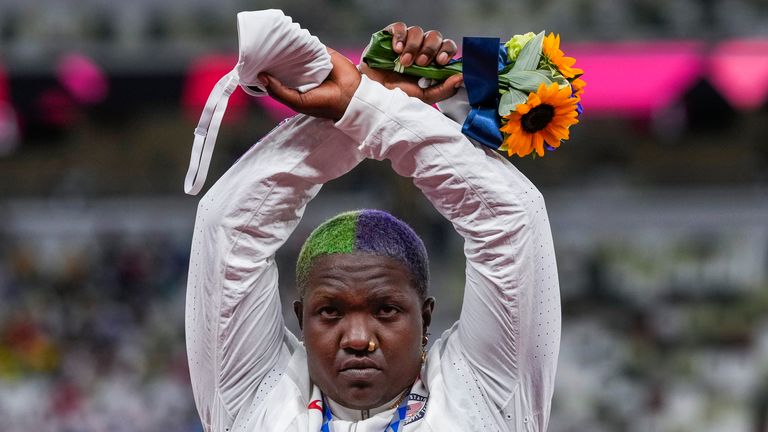 The gesture used by American athlete Raven Saunders on the medal podium is being investigated by the International Olympic Committee (IOC).

The 25-year-old raised her arms into an ‘X’ above her head after taking her maiden Games medal in the shot put on Sunday, in what was one of the most visible protests at the Tokyo Olympics so far.

Spokesperson Mark Adams told a press conference on Monday that the IOC is in contact with World Athletics, the governing body for the sport, and the United States’ Olympic and Paralympic committee. 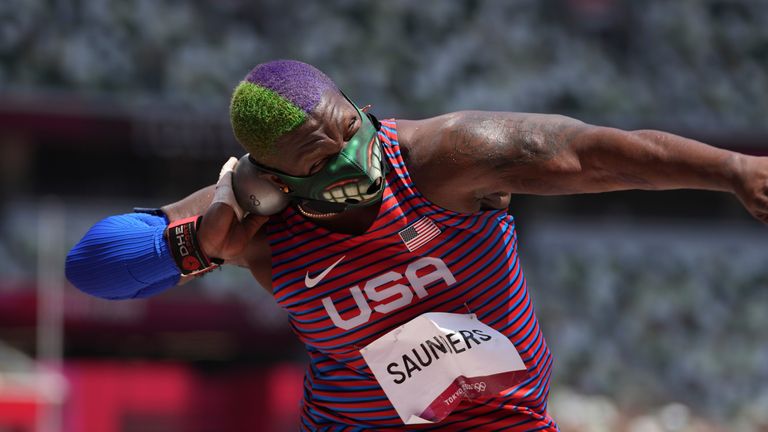 Under the IOC’s Rule 50, any kind of ‘demonstration or political, religious or racial propaganda’ in venues and any other Olympic area, including on the medal podium, is prohibited.

The rule has been partially relaxed at this Games, permitting peaceful protest prior to competition and allowing teams such as the Team GB women’s football team to take a knee before matches.

Team GB sprinter Adam Gemili has criticised the IOC over its Rule 50 ban on political protests at the Olympic Games.

Competitors are discouraged from any gesture, symbol or action that could be construed as of a political, religious or racial nature, making acts like the famous ‘Black Power salutes’ at the 1968 Mexico Games less likely.

“I think it has never been more important to actually stand up for these rights – especially if you look at what happened at the Euros and the way England and the players were treated,” Gemili told Sky Sports News.

“It is each to their own, as long as it is respectful that is the most important thing. That is all you can really ask for of any GB athlete.

“If they are going to do something, as long as they make sure they are respectful and not offending others – the people they are around on the field of play – then go for it.”