TIGER Woods won't be charged over the crash caused by speeding at 87mph in a 45mph zone with 99 percent acceleration.

Sheriff Alex Villanueva had previously said detectives had determined the cause of the crash but received Woods' permission to divulge information. 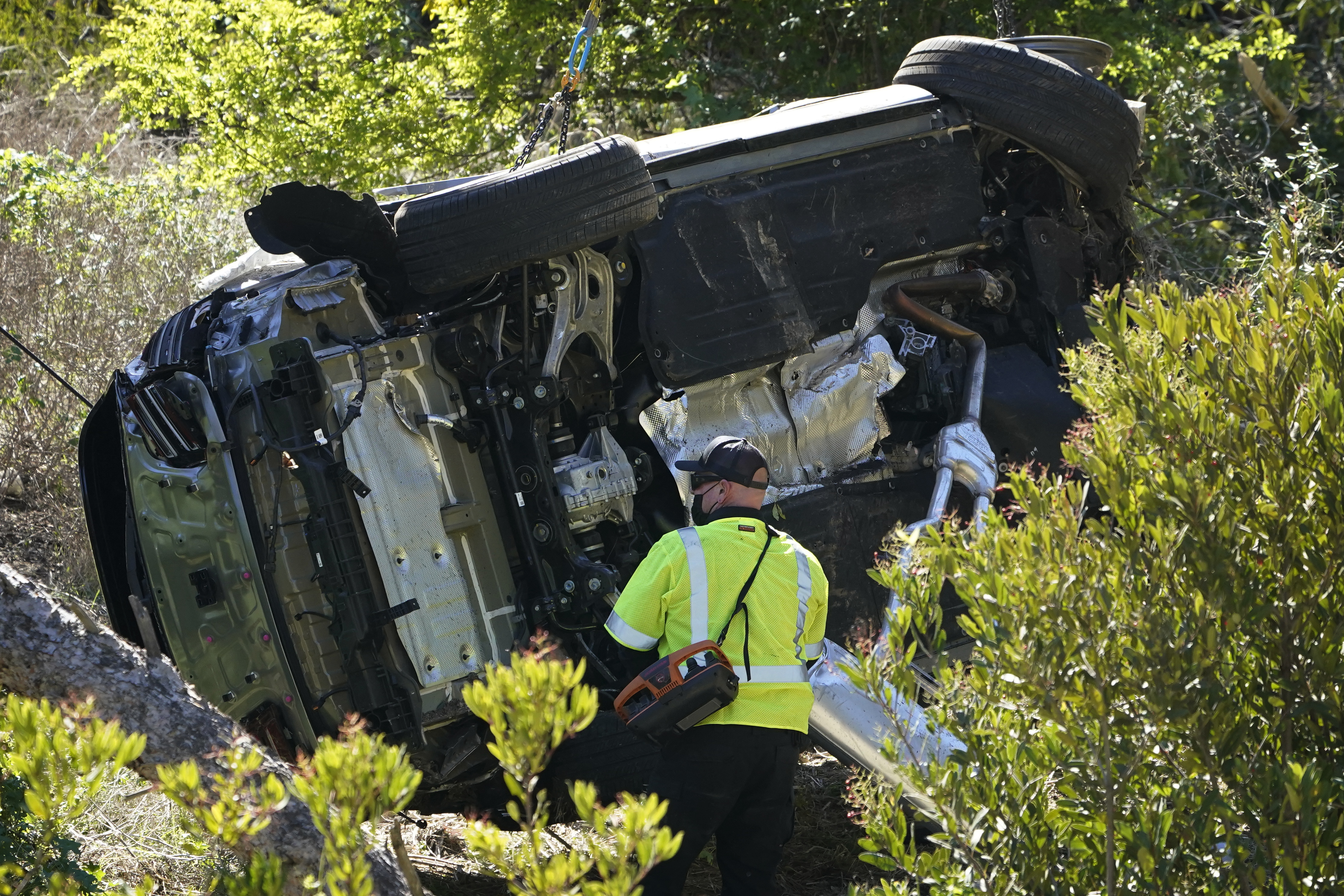 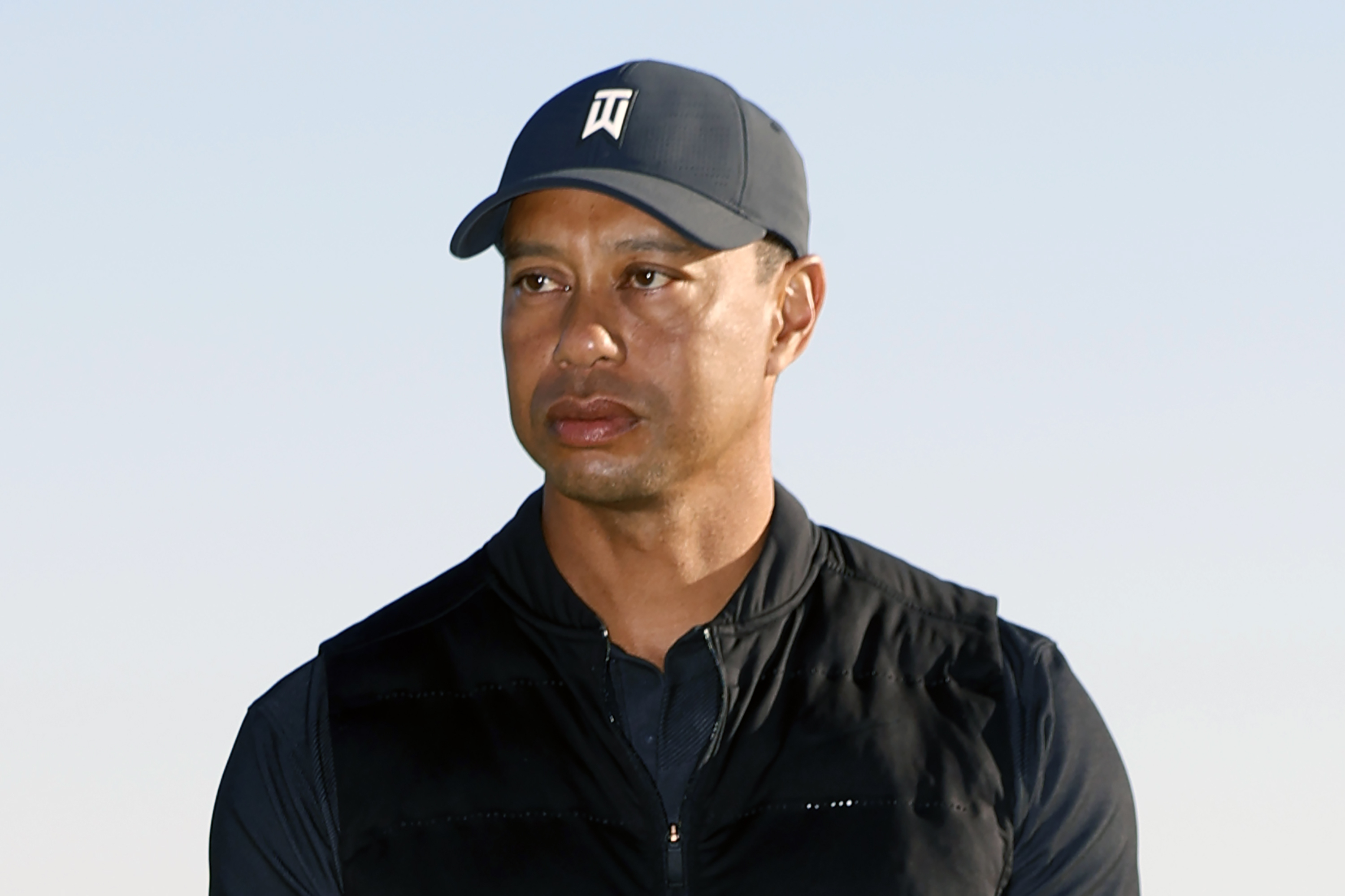 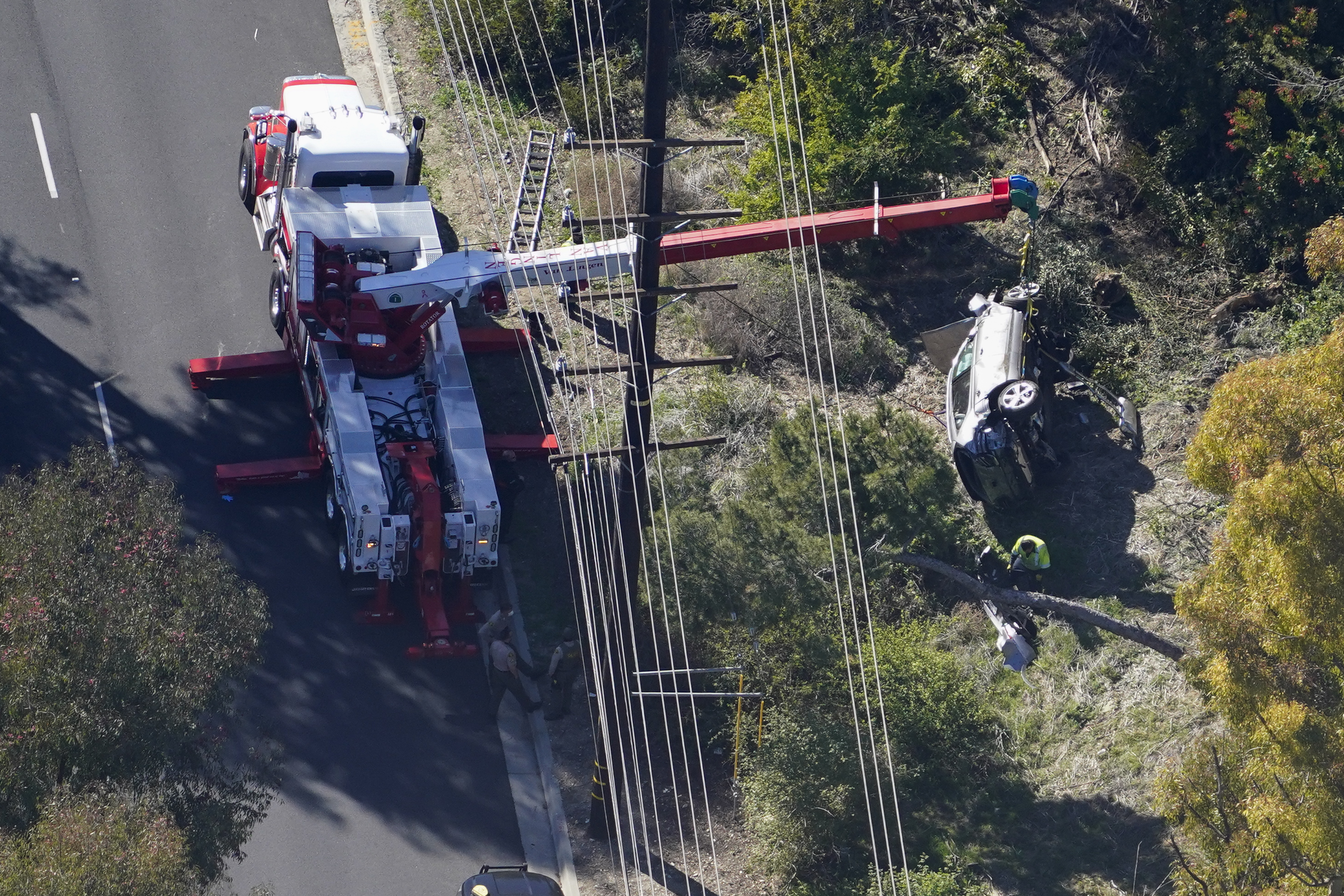 The sheriff confirmed during a press conference that the cause of the crash was "driving at a speed unsafe for the road condition."

He went on to confirm that Woods was driving at an estimated speed of 84 to 87mph in a 45mph zone.

Woods' final estimated speed when he struck the tree was 75mph, the sheriff confirmed.

A black box inside of the vehicle also determined that the golfing star accelerated at the time of the crash. Officials also confirmed that there was no evidence of breaking during the collision.

However, it was confirmed that there was 99 percent acceleration at the time.

The Los Angeles County Sheriff's department added that no charges or citations will be filed against the sportsman.

Woods had been back home to host his PGA tournament, the Genesis Invitational at Riviera Country Club, when the crash happened on February 23. 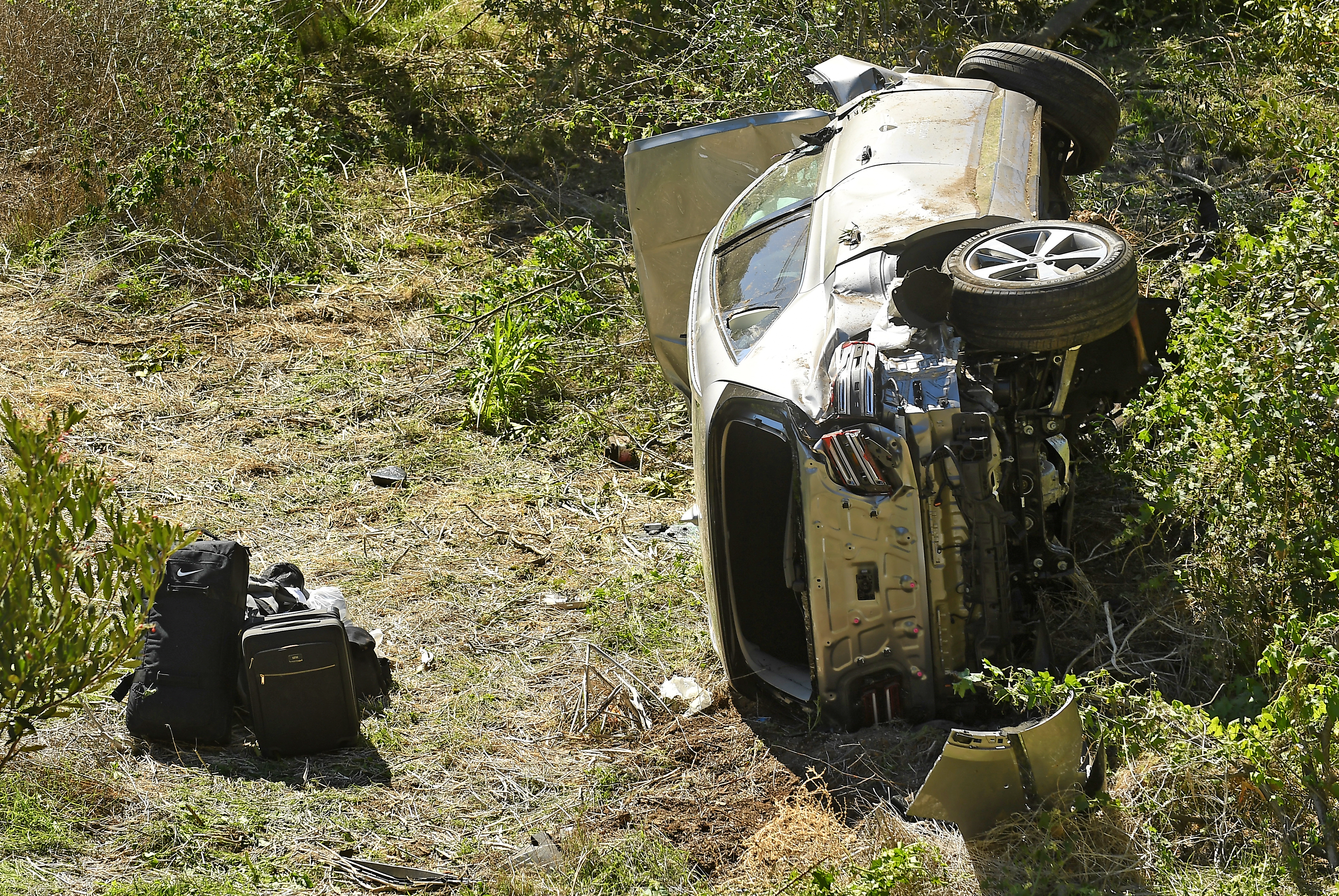 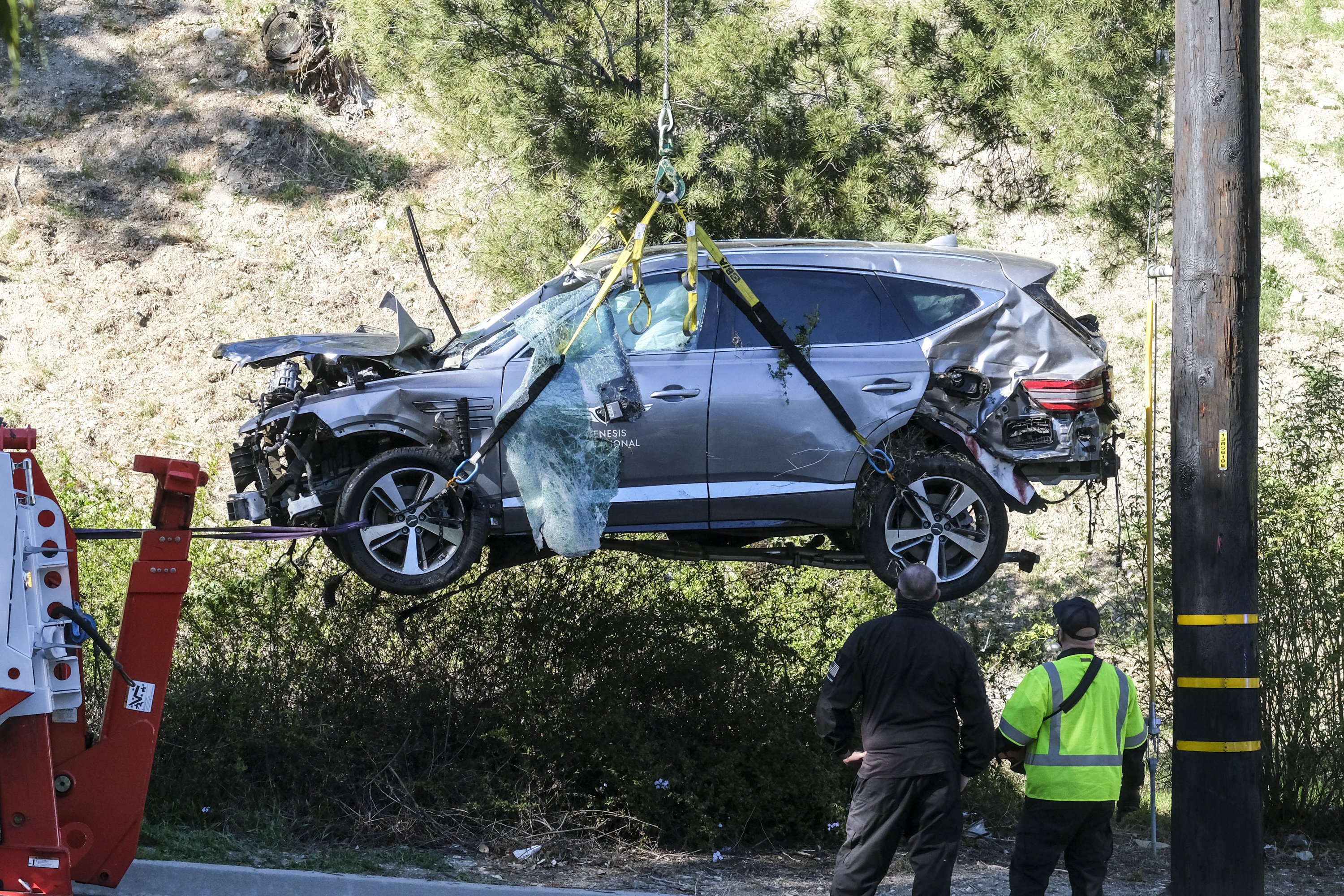 He was driving an SUV loaned to him by the tournament when he struck a raised median in Rolling Hills Estates, just outside Los Angeles.

Officials confirmed that they "helped him sit up a little bit and tried to extract him from the vehicle by breaking the sunroof, but it didn't break."

They also confirmed that the sports icon was "dazed and confused" but was later answering questions in the emergency room.

The SUV crossed through two oncoming lanes and uprooted a tree on a downhill stretch that police said is known for wrecks.

The updates came just one day before the Masters Tournament was set to begin in the United States.

The athlete is in Florida recovering from multiple surgeries, with TMZ reporting that Woods hit his head three to four times on something in the vehicle.

Woods has never gone an entire year without playing, dating back to his first PGA Tour event as a 16-year-old in high school. 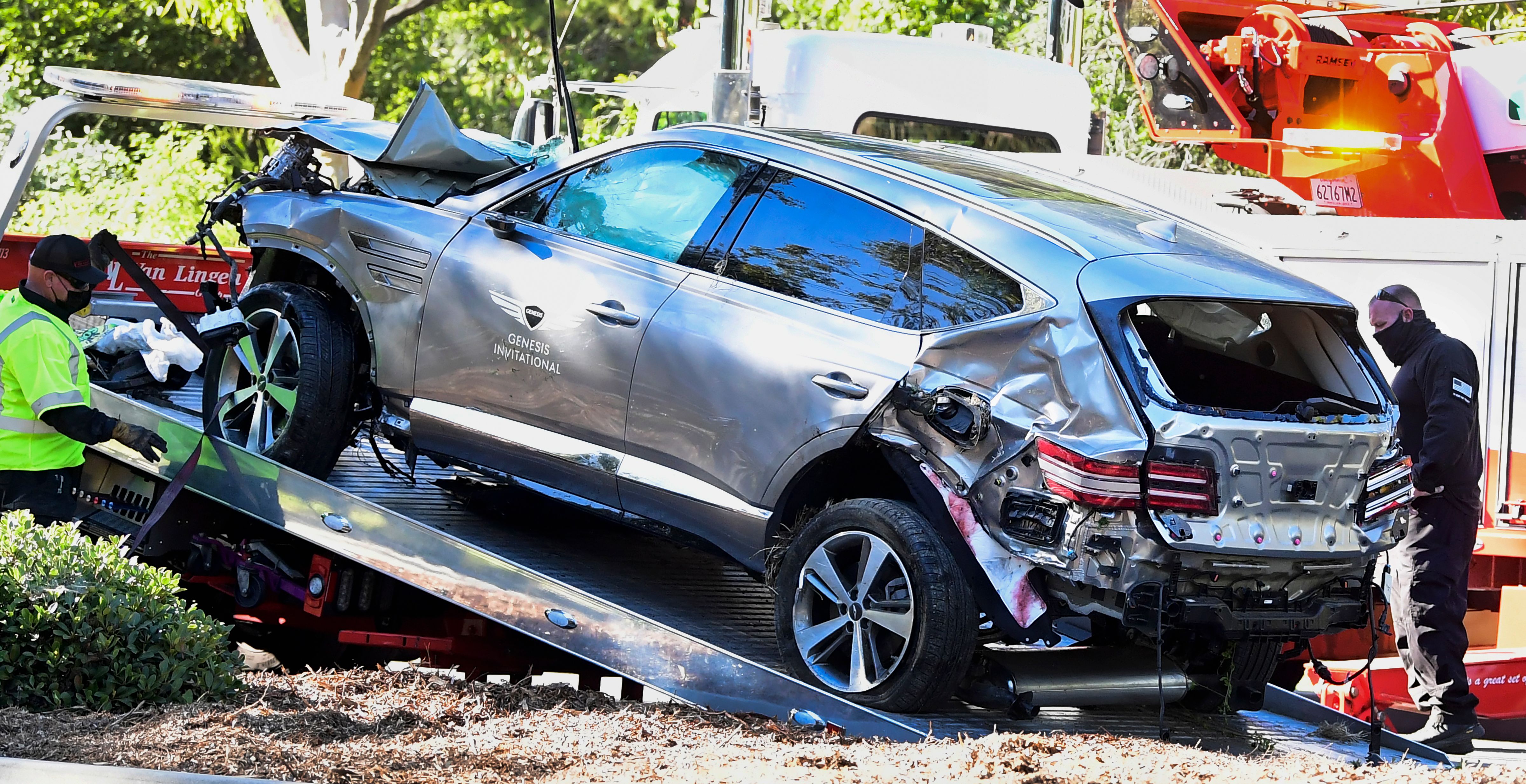 Rory McIlroy, a four-time major golf champion who lives near Woods, said he visited him on March 21.

"Spent a couple hours with him, which was nice. It was good to see him," McIlroy said from the Masters on Tuesday.

"It was good to see him in decent spirits. When you hear of these things and you look at the car and you see the crash, you think he’s going to be in a hospital bed for six months. But he was actually doing better than that."

Villanueva faced criticism for weeks for his comments about the crash, including calling it "purely an accident" and saying there was no evidence of impairment.

Documents show that Woods told deputies he did not know how the crash occurred and didn’t remember driving.

Detectives searched the data recorder of the 2021 Genesis GV80 SUV, known as a black box.

Investigators did not seek a search warrant, however, for Woods’ blood samples, which could be screened for drugs and alcohol.

In 2017, Woods checked himself into a clinic for help in dealing with prescription drug medication after a DUI charge in his home state of Florida.