LIONEL MESSI, Cristiano Ronaldo, Gary Lineker… when putting together the perfect striker we are truly spoilt for choice.

From dynamite left feet to powerhouse speedsters, Marca has come up with its own formula for a magnificent goalscoring version of Frankenstein's monster. 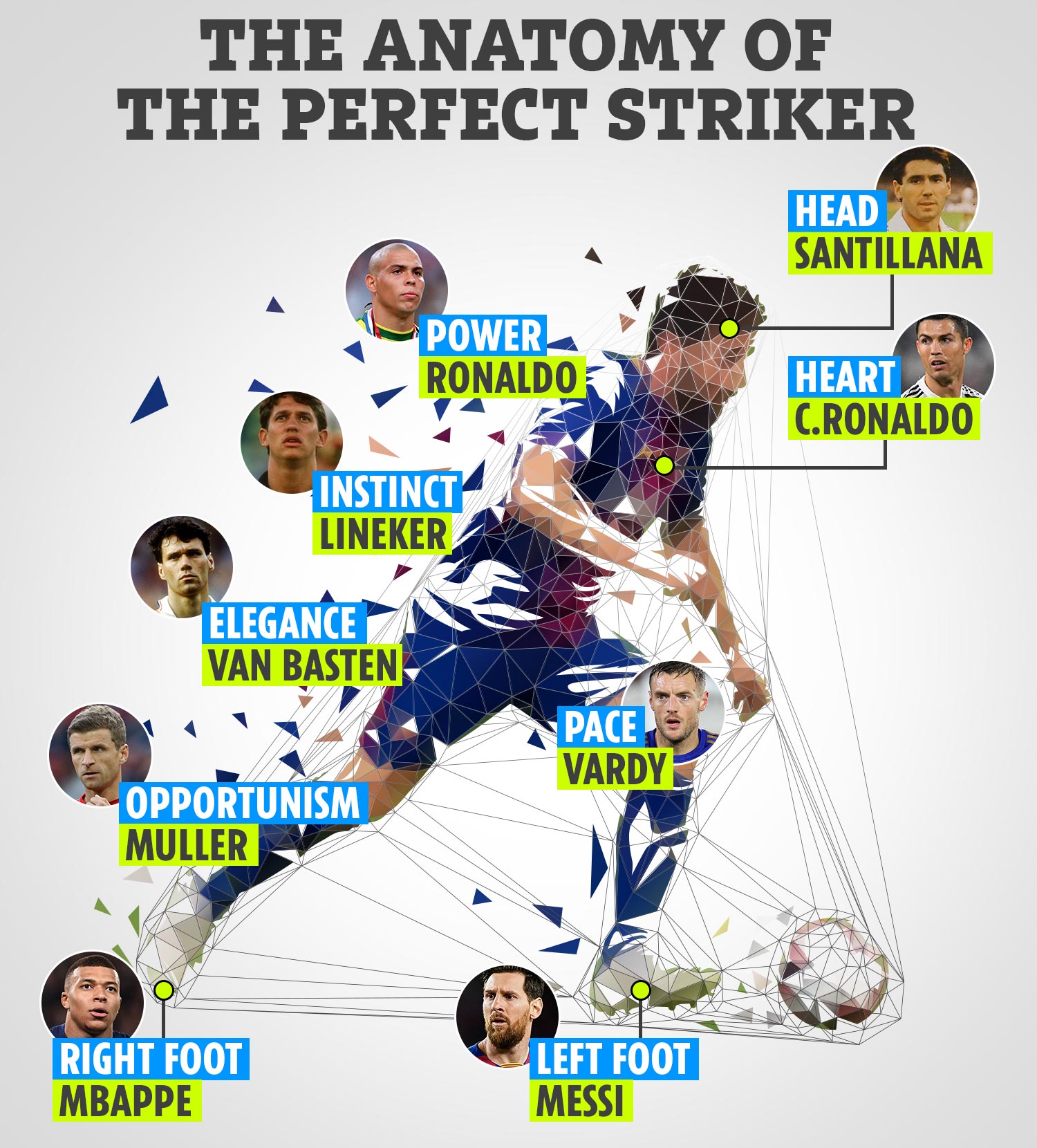 Here, SunSport details how the "perfect" striker might look and offer up some different options for each asset.

There is a delicate art to unleashing devastating shots on goal while running at full speed.

And Mbappe runs faster than any other with some of the fiercest pings in the business, thanks to his cracker of a right foot. 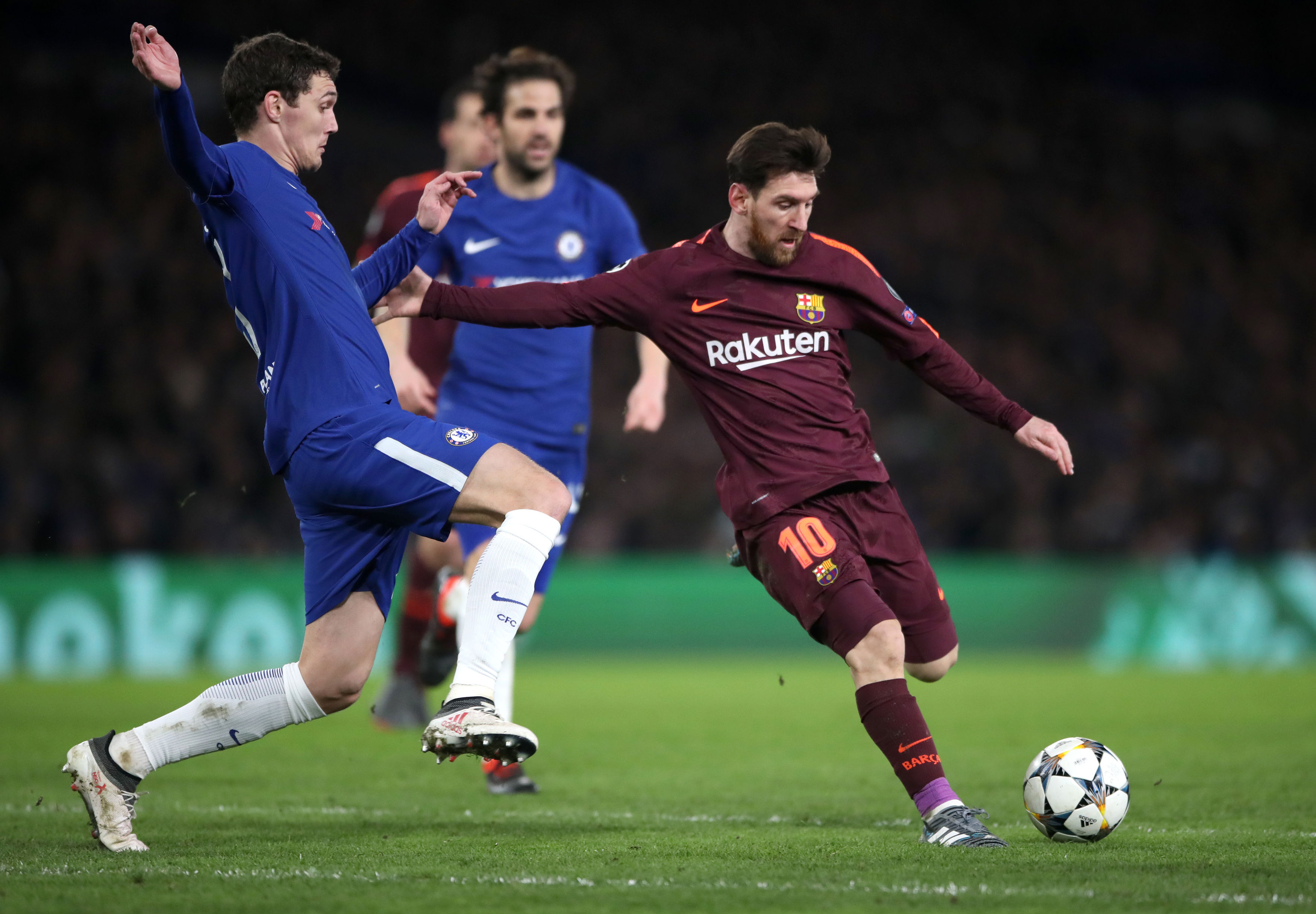 You could probably take a whole load of the Argentine magician and pour him into the perfect striker but his left foot is his best asset.

From dead-ball situations he is unparalleled and his dribbling skills have dazzled opponents since he was a child.

It's hard to argue with Messi in this realm but Raul is another who wowed fans with his left foot, as did Adriano and his trademark thunderbolts. 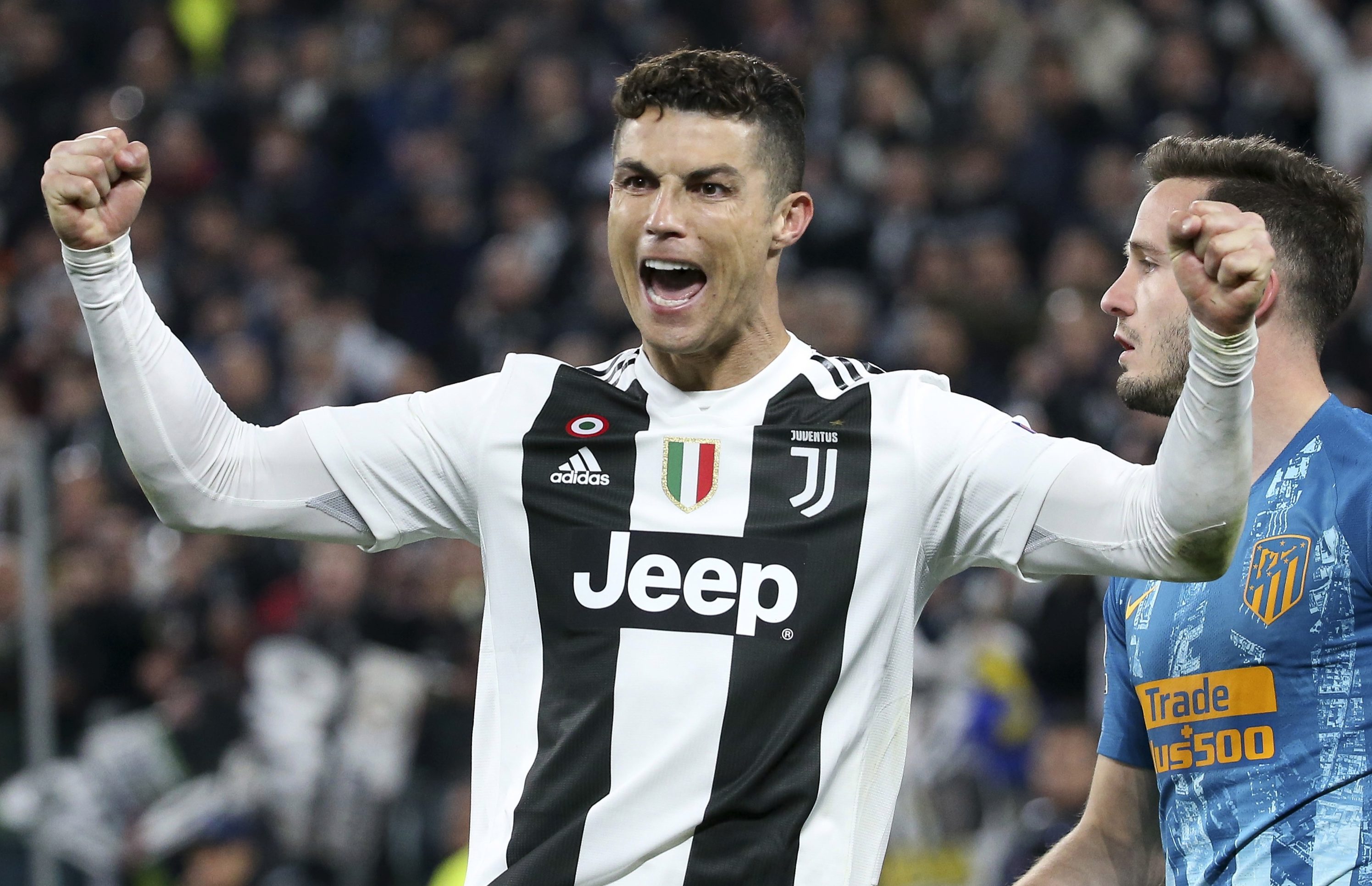 Ronaldo is often lauded for his skill but he also has bucketloads of determination and heart.

The Juventus forward has reached the top – and stayed there – as one of the hardest training, most competitive men in the game.

In this category of sheer enthusiasm and passion, the likes of Zlatan Ibrahimovic and Paolo Di Canio might be two interesting picks.

Poacher's instincts are among the most valuable, unique hallmarks of a top-quality striker.

England legend Lineker had it in abundance with the vast majority of his 300-plus career goals coming so close to the line he could smell the goalkeeper.

See also Jermain Defoe and Robbie Fowler for forwards who simply know where the goal is. 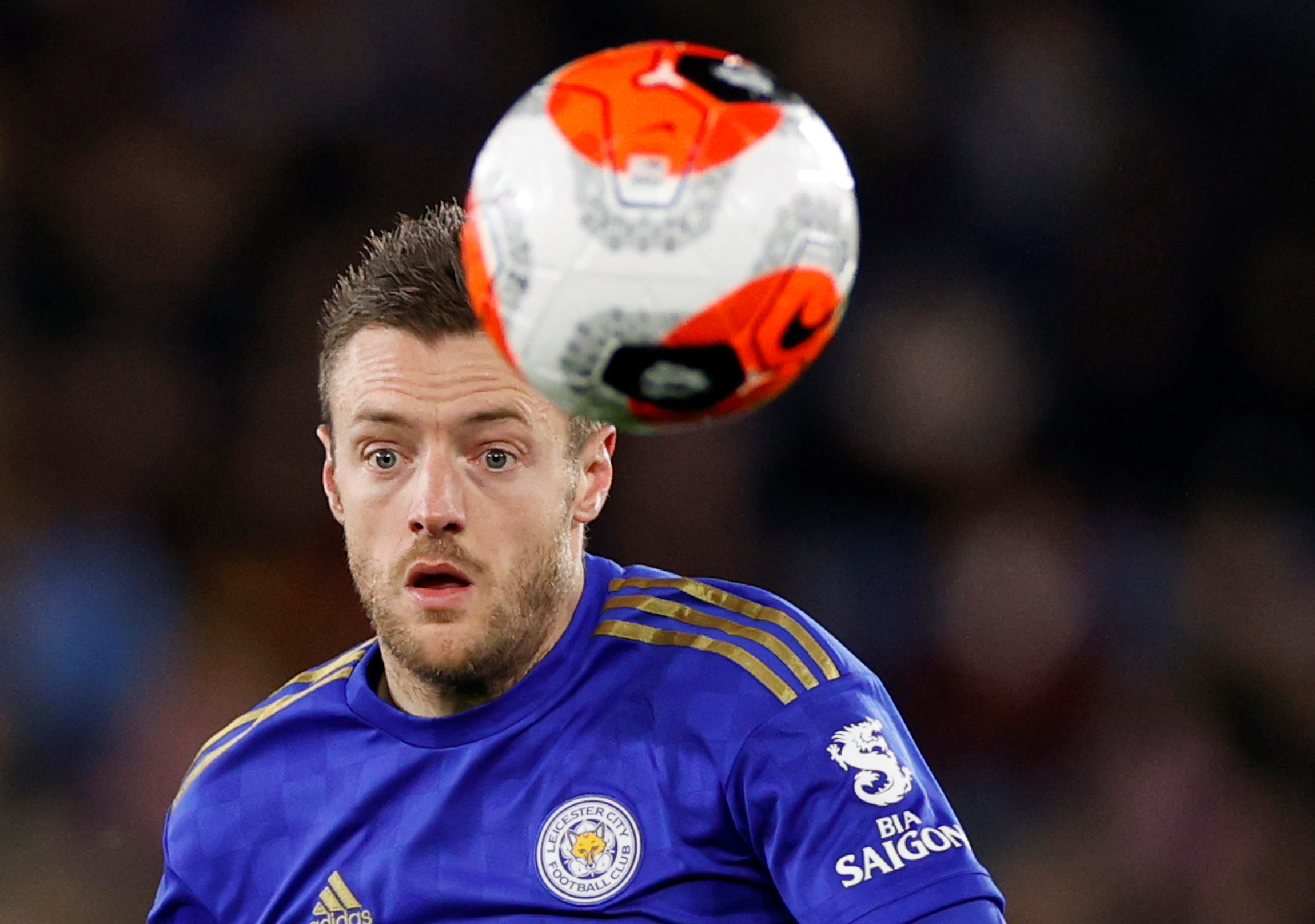 Ask any defender – strikers with immense pace are among the most difficult to handle.

Leicester's Plan A as they won the league in 2016 was to send the ball over the top for Vardy to chase – a route to goal that still works to this day.

Michael Owen, pre-hamstring injury, would give the Foxes star a run for his money in this department, as would Pierre-Emerick Aubameyang.

There are goals and then there is Van Basten's goal in the final of Euro 88.

His world famous volley past the USSR showed that the Dutchman had perfected the art of scoring in style.

Other attackers who only ever seemed to score beautiful goals include Francesco Totti and Thierry Henry. 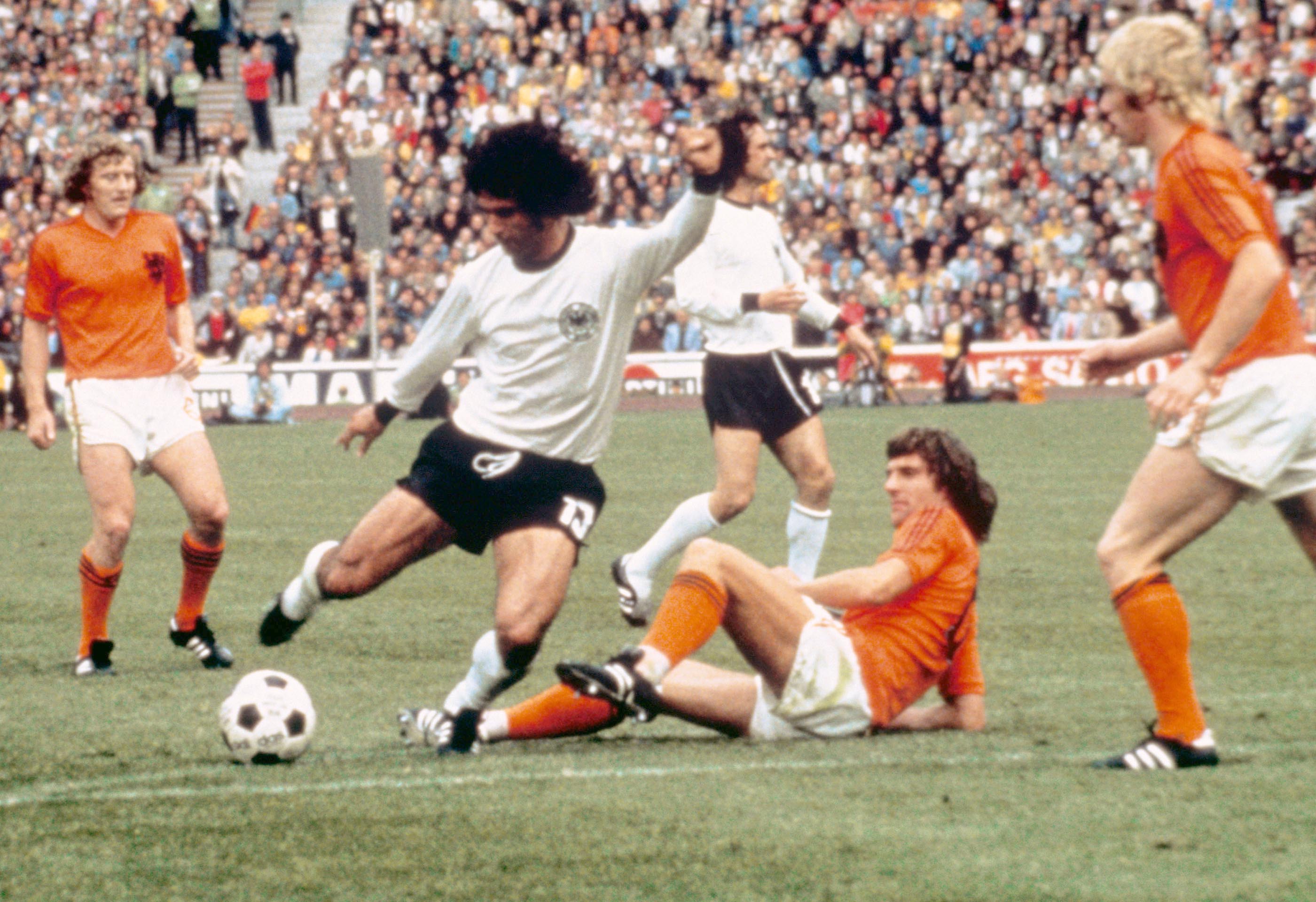 Slightly different to the instinct of being in the right place at the right time, this is about getting the ball over the line no matter what.

Being able to turn even the slightest whiff of an opportunity into a goal is a skill Muller showed in his years leading West Germany and Bayern Munich's frontline.

Modern day examples include Harry Kane and Sergio Aguero, both naturals at getting even quarter-chances on target. 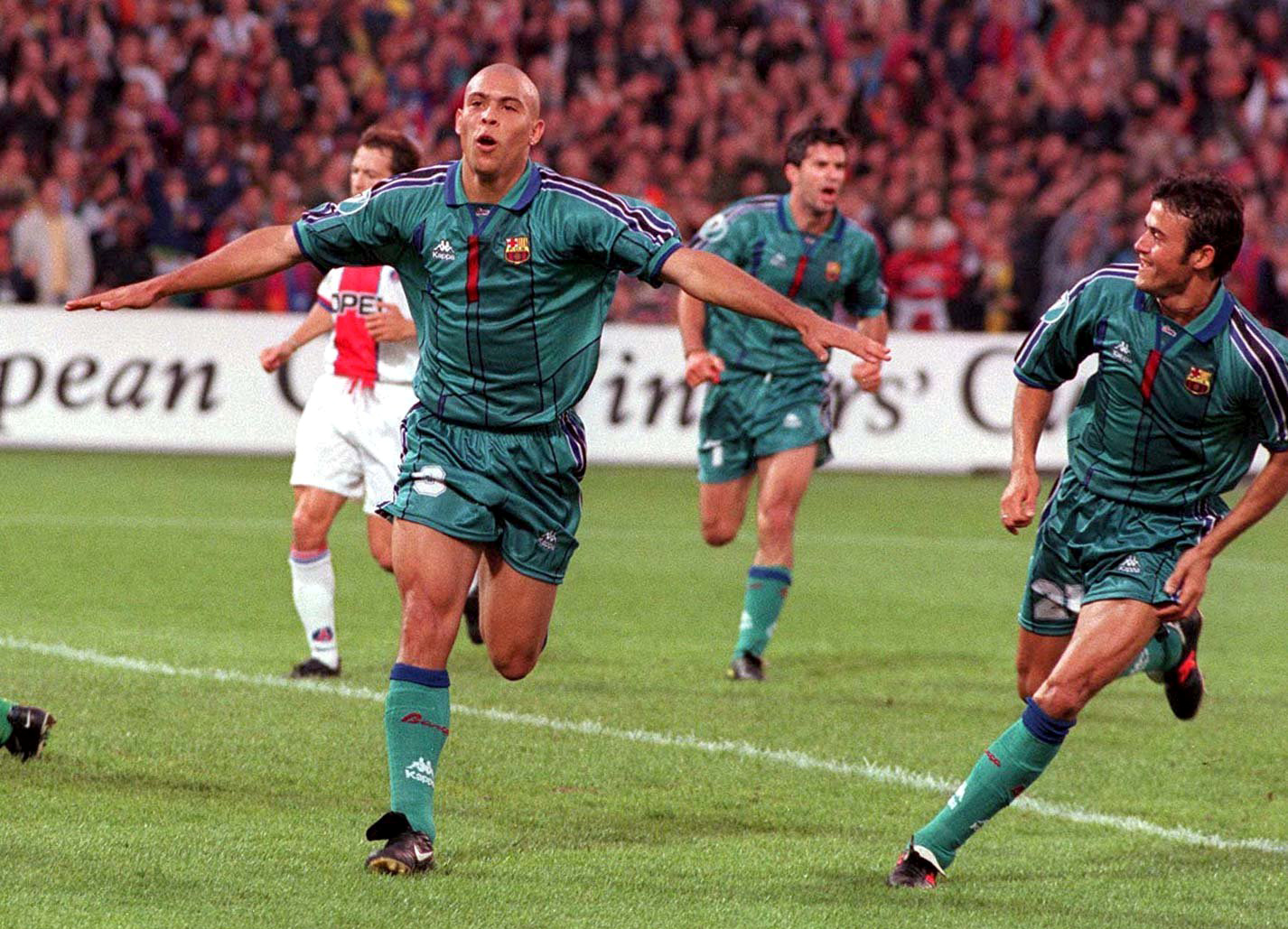 What might have become of Ronaldo's career had he not suffered from brutal injuries is a great question for fans to ponder.

Some believe he was the most talented footballer ever and arguably his best asset was his determination to reach the goal, as shown by his famous one-man show past Compostela in 1996.

Good luck getting the ball off O Fenomeno, or similarly devilish forwards such as Luis Suarez or Didier Drogba.

At only 5ft 9ins, Real Madrid legend Santillana had plenty of ground to make up on towering defenders when the ball was in the air.

And it was his stunning leap that helped turn him into one of the most threatening headers of the ball of his era.

Fellow Spaniard Aritz Aduriz was another mean aerial threat before his recent retirement, as was 6ft 7in England star Peter Crouch, scorer of the most headed goals in the Premier League era.