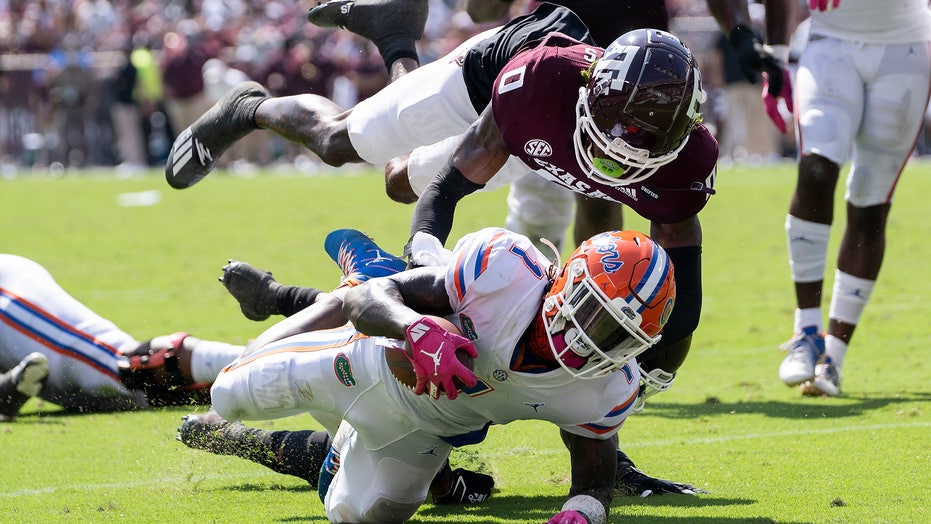 Texas A&M defensive tackle Bobby Brown, one of the best players on the team, was injured in the third quarter of a game against Florida Saturday afternoon.

Brown came away with a sack of Florida quarterback Kyle Trask for Texas A&M’s first of the day. After the sack, Brown was celebrating with his teammates, and may have hyperextended his knee. Brown tried making his way to the sidelines, but was unable to walk off the field on his own.

Moments later, Brown could be seen on the broadcast trying to loosen up his knee by working out on the exercise bike. He re-entered the game late in the fourth quarter.

Brown was an All-SEC second-team selection for Texas A&M.

No. 21 Texas A&M rode running back Isaiah Spiller for 174 yards and two touchdowns in a 41-38 victory over fourth-ranked Florida on Saturday.