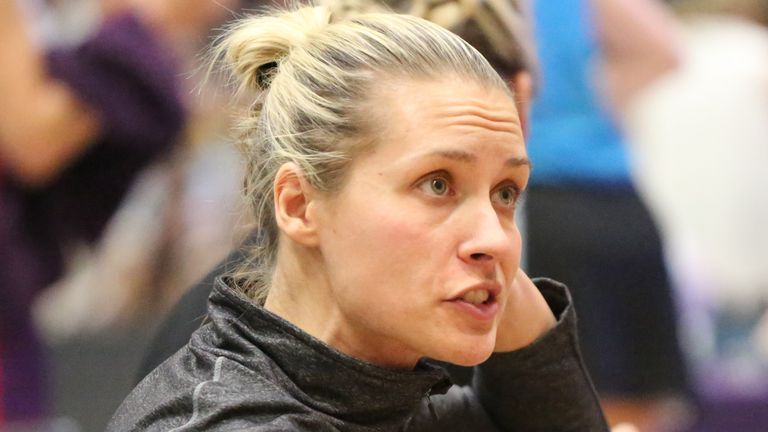 Tamsin Greenway has announced her first Scottish Thistles squad after taking the role of head coach earlier this year.

The former England international and Sky Sports pundit has had an unorthodox start to her first international head coach role due to the impact of COVID-19.

Her position was announced in February and at the time, she was looking forward to starting her tenure with the Netball Europe Open being played in Glasgow at the end of August.

However, as the coronavirus pandemic took hold, Greenway’s plans were erased and instead her first few months in the role have involved a wealth of planning and video meetings to get to know her players.

Now, she has selected 14 players to represent Scotland as part of the Scottish Thistles squad and decided upon a Scotland A programme for the 2020/2021 international season.

Emma Love and Savannah Antoine move up from the Scotland U21s squad, Rebecca Edgar joins the Thistles, and nine other players have been selected to be part of the ‘A’ programme.

After 9months in the job I finally got to select my squads. Congratulations to all those named, looking forward to spending more time on the courtside with this talented bunch of athletes. https://t.co/ANIcQF7AgM

“I’m really excited to be able to name both the Scottish Thistles and the Scotland A squads for the upcoming season,” Greenway said.

“After working closely with a large group of athletes over the past few months, we were finally able to select.

“I’ve been hugely impressed with the amount of talent on display and it was great for the players to be rewarded for their efforts and dedication.

“Moving forwards both groups will be working closely together, and I can’t wait to get fully back into coaching and to take these squads on their next journey.”