JUAN FOYTH has been mercilessly trolled for his red card in the 1-0 loss to Bournemouth with a hilarious Star Wars pun.

The Tottenham centre-back, 21, was given his marching orders TWO minutes after coming on the pitch for a lunge on Jack Simpson in the second half. 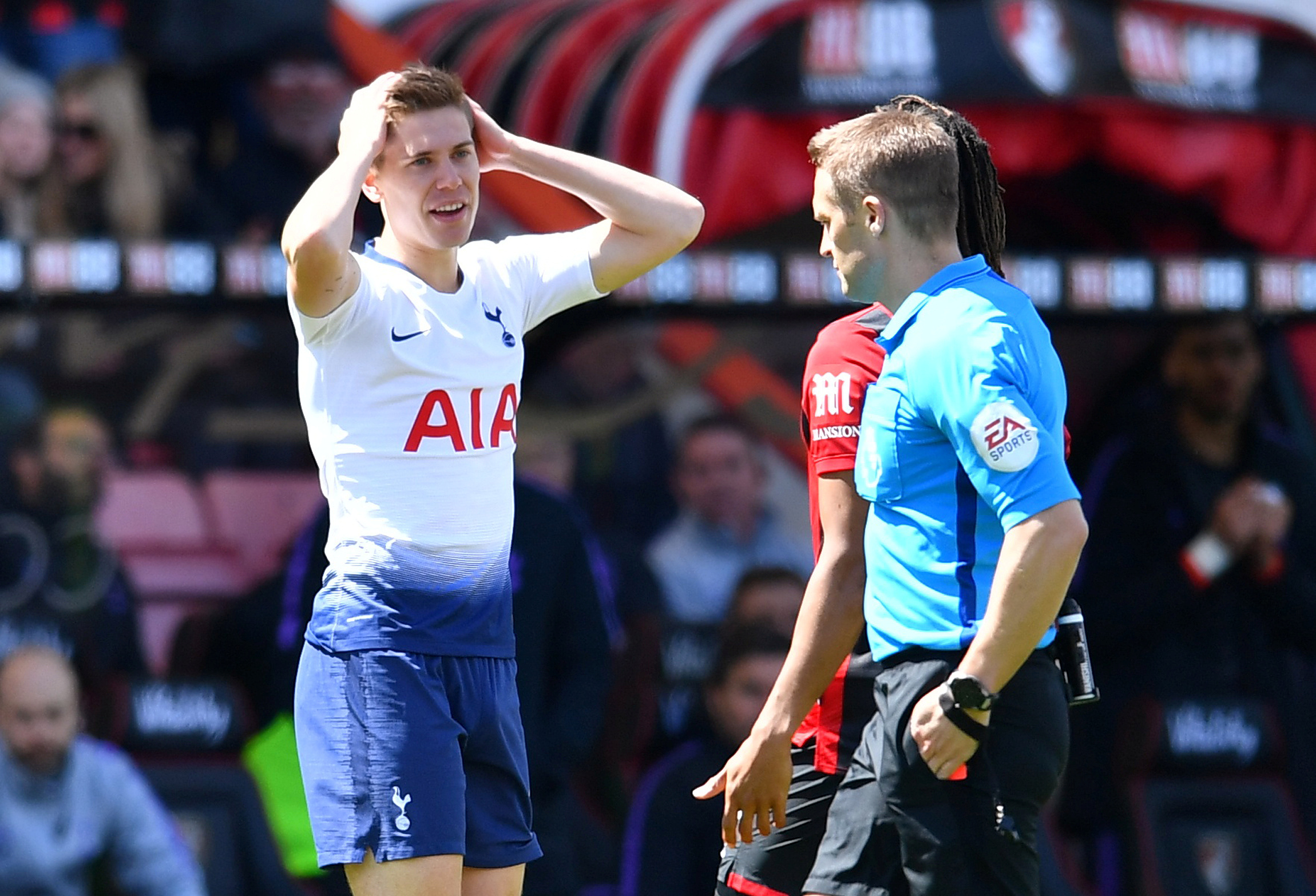 Fans worldwide celebrate Star Wars Day by using the catchphrase "May the Fourth be with you" today – a pun on a famous line from the blockbuster movie.

But following Foyth's ill-fated cameo on the very day, it was twisted to mock the defender.

Gary Lineker was one of the first to tweet the newly-coined phrase – and went a step further, grilling other Spurs star Hueng Min-Son.

Lineker wrote: "May the Foyth be with you in the dressing room Son."

Son had been sent off earlier in the first half for a shove on Cherries star Jefferson Lerma.

While others stuck to inventing with more rib-tickling puns.

One wrote: "May the Foyth be withdrew."

While another added: "May the Foyth be with …. Some other club next year."

A third wrote: "I've got a bad feeling about this tweet."

And another added: "May the Foyth be with you. But only for two minutes.".