SOUTHAMPTON are set to be without Danny Ings for three weeks after another injury setback.

The England striker, 28, was forced off the field during Saturday’s 2-0 win at Sheffield United. 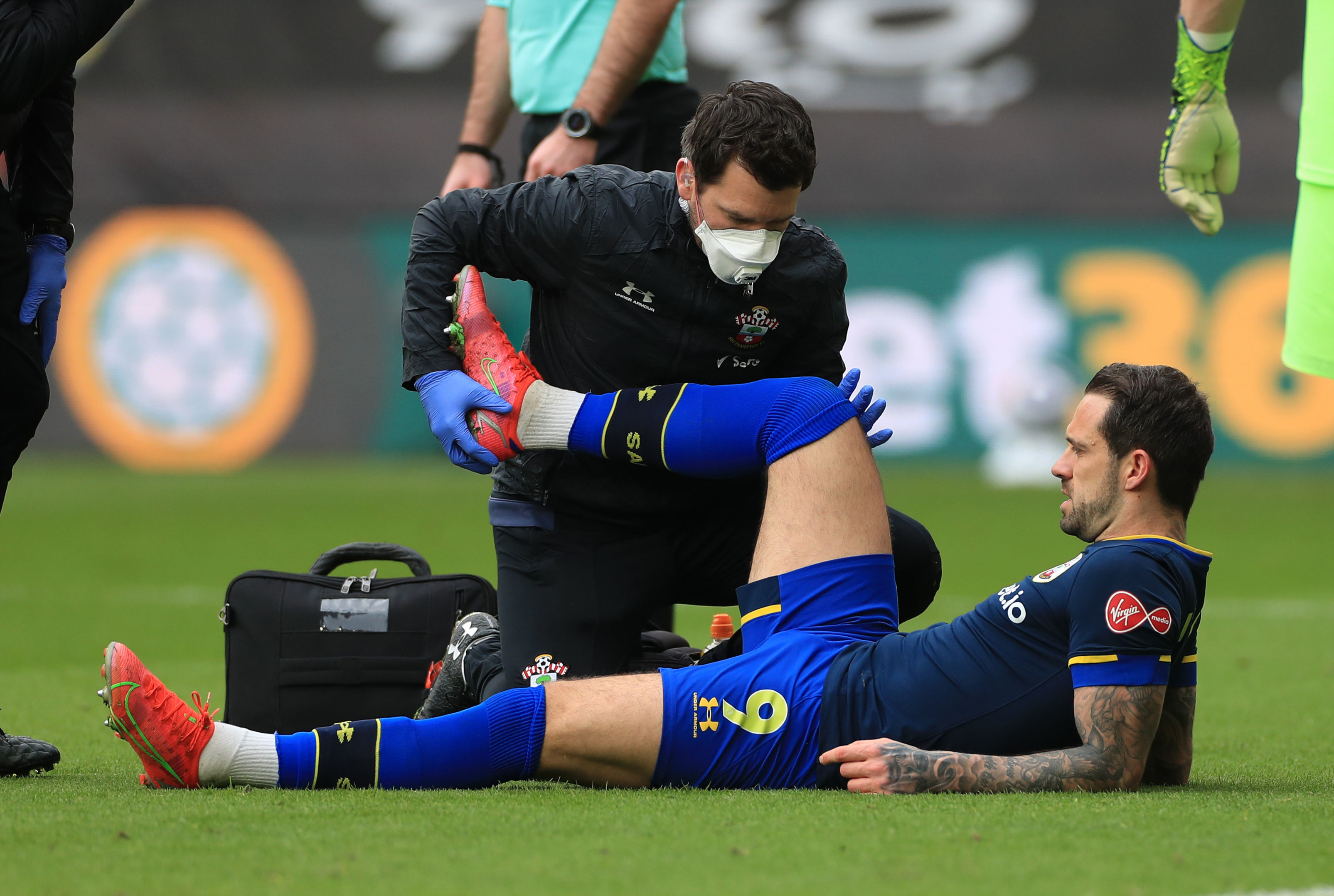 And a post-match scan confirmed Ings had suffered an adductor injury at Bramall Lane.

The former Liverpool ace will now be out for three weeks, missing Premier League games against Manchester City and Brighton, as well as the FA Cup quarter-final against South coast rivals Bournemouth.

But Ings could be fit to return after the upcoming international break for the crunch league clash with strugglers Burnley.

For now, the hitman joins Oriol Romeu on the sidelines, with the Spanish midfielder out for the season after undergoing surgery on a broke ankle.

Boss Ralph Hasenhuttl revealed on Saturday: “I think it was again a muscle problem, but it doesn’t look good to be honest.

“I don’t know when we will have him. Muscle injuries we are normally waiting for a minimum of four weeks.”

It’s not the first injury problem for Ings this season after he missed six weeks following knee surgery.

Despite the setback, he still has eight league goals this term after last year’s haul of 22.

And with his contract expiring in 2022, Ings is a reported target for a number of sides.

Tottenham boss Jose Mourinho could return with a bid after trying and failing to sign Ings last year.

Man City have also been linked as they hunt for Sergio Aguero’s Etihad successor.