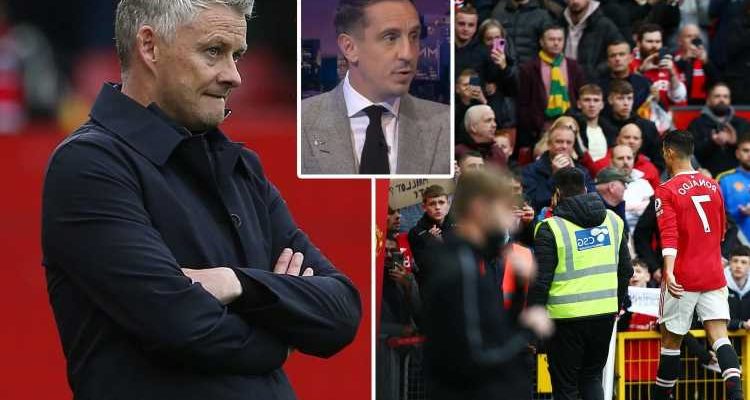 GARY NEVILLE has called on Ole Gunnar Solskjaer to 'have a word' with Cristiano Ronaldo after the sulky star stormed down the tunnel following Manchester United's 1-1 draw with Everton.

The 36-year-old started the match on the bench, to the surprise of many observers. 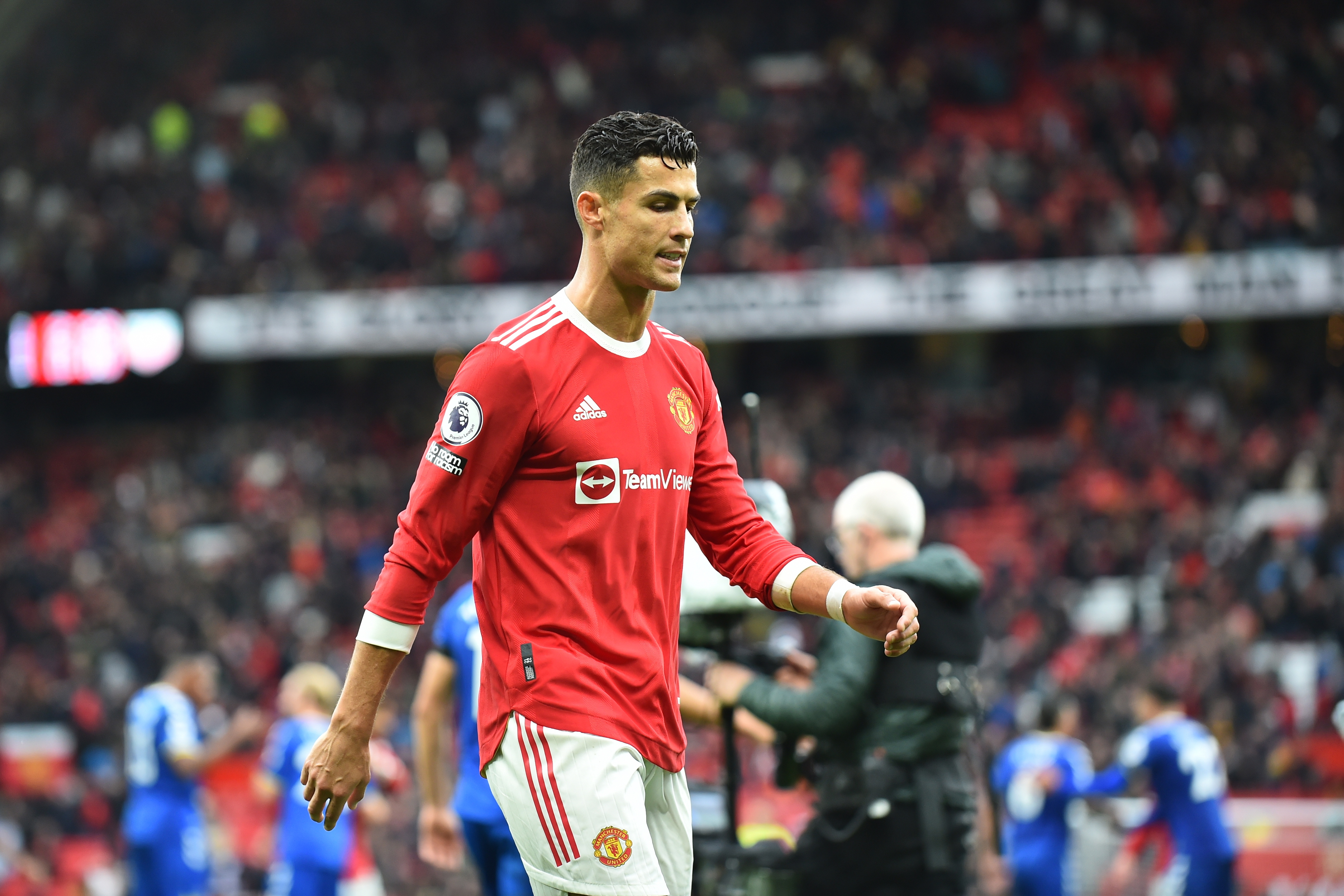 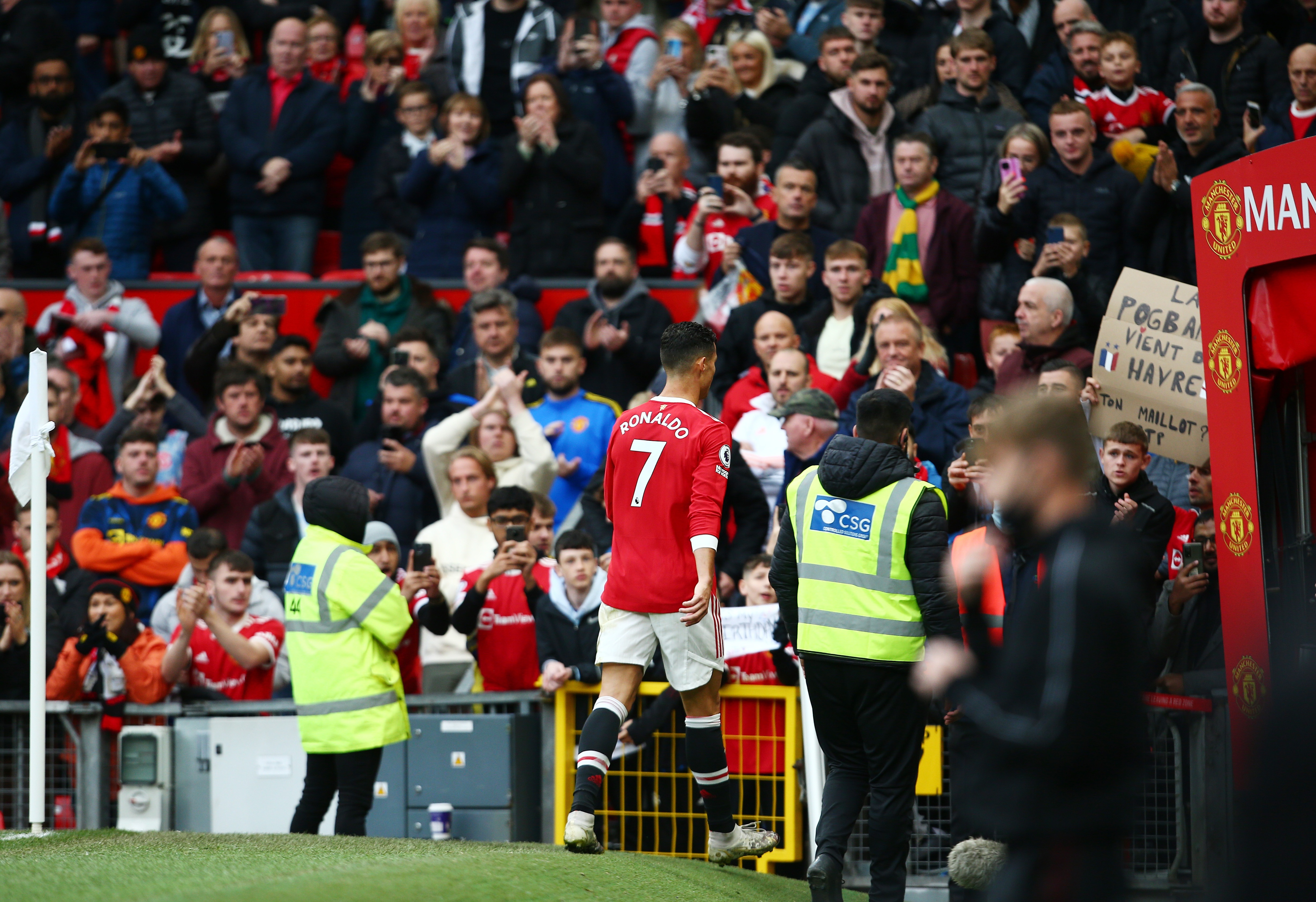 Man United did manage to grab the lead without him, as Anthony Martial fired home in the first-half.

Ronaldo was called upon in the 57th minute, but was unable to make a positive impact as Andros Townsend equalised for the Toffees just eight minutes later.

After the match, a visibly furious Ronaldo skulked off in a huff.

And speaking on Sky Sports, Neville believes that Solskjaer will have to get a grip on the situation.

"We know those things. He doesn't have to prove that.

"He walked off the pitch muttering to himself, which throws the questions up in the air – what's he saying? Who is he annoyed with?

"It can only come back to the manager. Actions like that – and Cristiano is smart enough to know this – will bring real pressure on the manager, more pressure than Ole Gunnar Solskjaer is already under.

"I think that is something that just has to be managed in the next couple of months. Cristiano is not always going to score, he's maybe not going to play every single game.

"But I think if he walks off like that, it's going to put immense pressure on Solskjaer. There's no doubt the talk after the game was about the manager.

Solskjaer and CR7 were all hugs and smiles in mid-week, when the Portuguese fired home a 95th minute winner against Villarreal in the Champions League.

I think he has to look after himself, Ole, be selfish and make sure he manages Cristiano is such a way

But Neville reckons that the Norwegian must tell Ronaldo to keep any negative outbursts within the dressing room.

He added: "I think he has to look after himself, Ole, be selfish and make sure he manages Cristiano in such a way – and he will do, he's managed Paul Pogba for the last couple of years pretty well.

"I think he will have a word with Cristiano and say, 'look, come on, if you're going to do that, let's do in in the changing room.'

"Ultimately, you doing that on the pitch brings extra pressure, he does have that reputation and I don't think it would have helped Ole in that situation.

"But on the other hand, Cristiano is not a sheep either, he's not just going to follow and not show anything, he will demonstrate his dislike and lack of happiness with that situation." 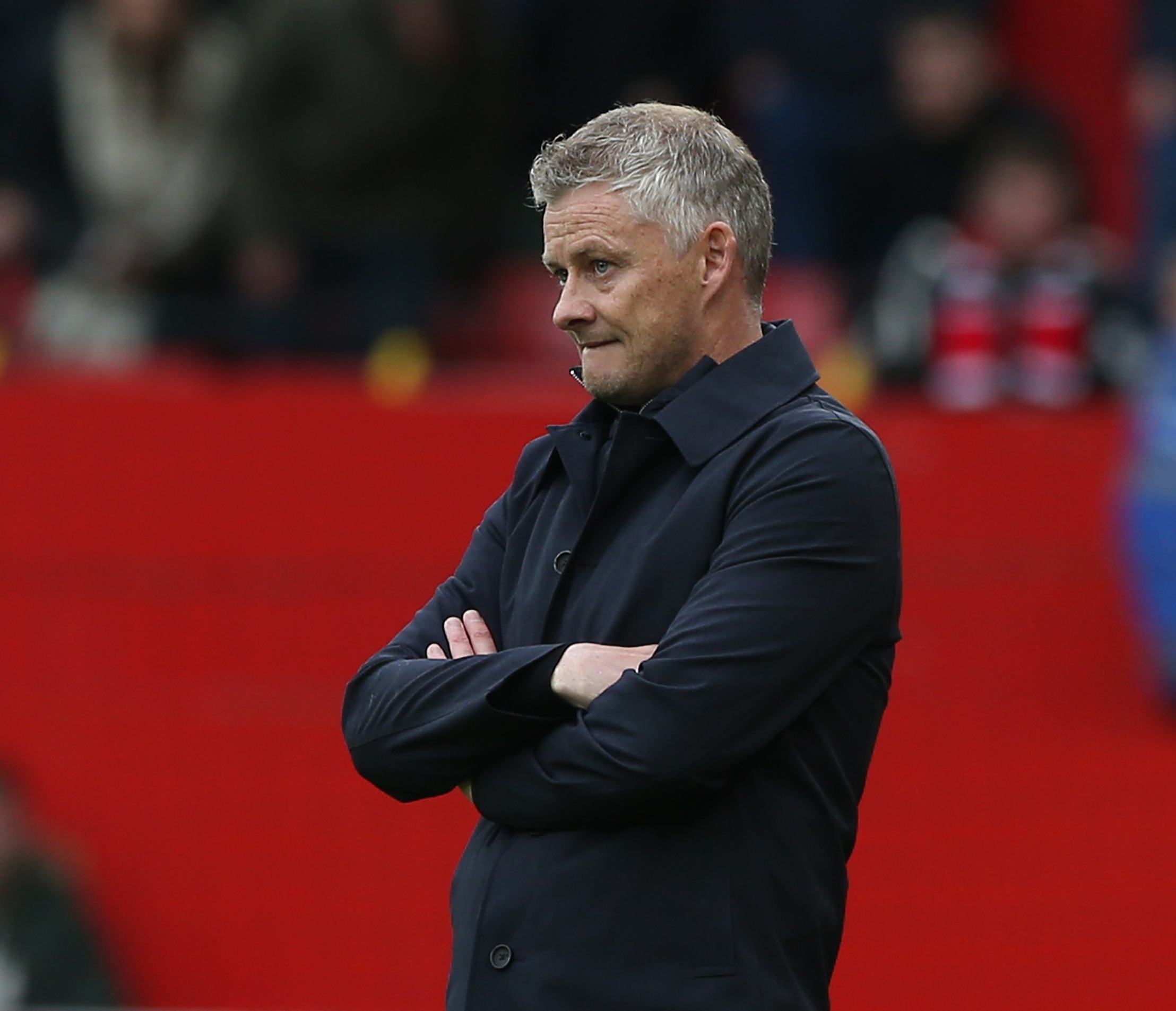