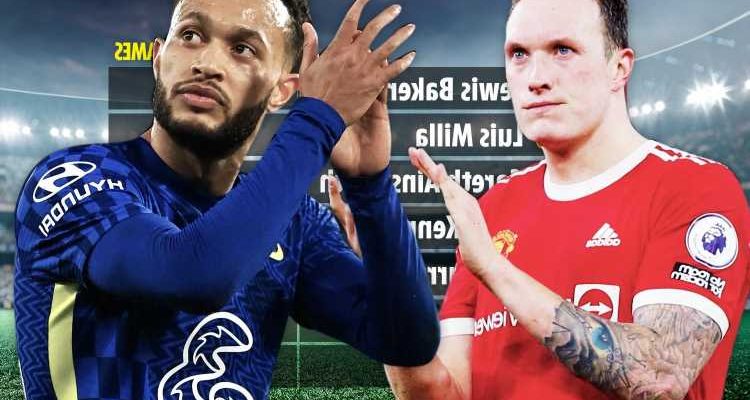 LEWIS BAKER finally returned to the Chelsea first-team for their FA Cup win over Chesterfield at the weekend after EIGHT YEARS away.

On the back of that shocking stat, we take a look at the seven longest breaks between appearances for a single club in history. 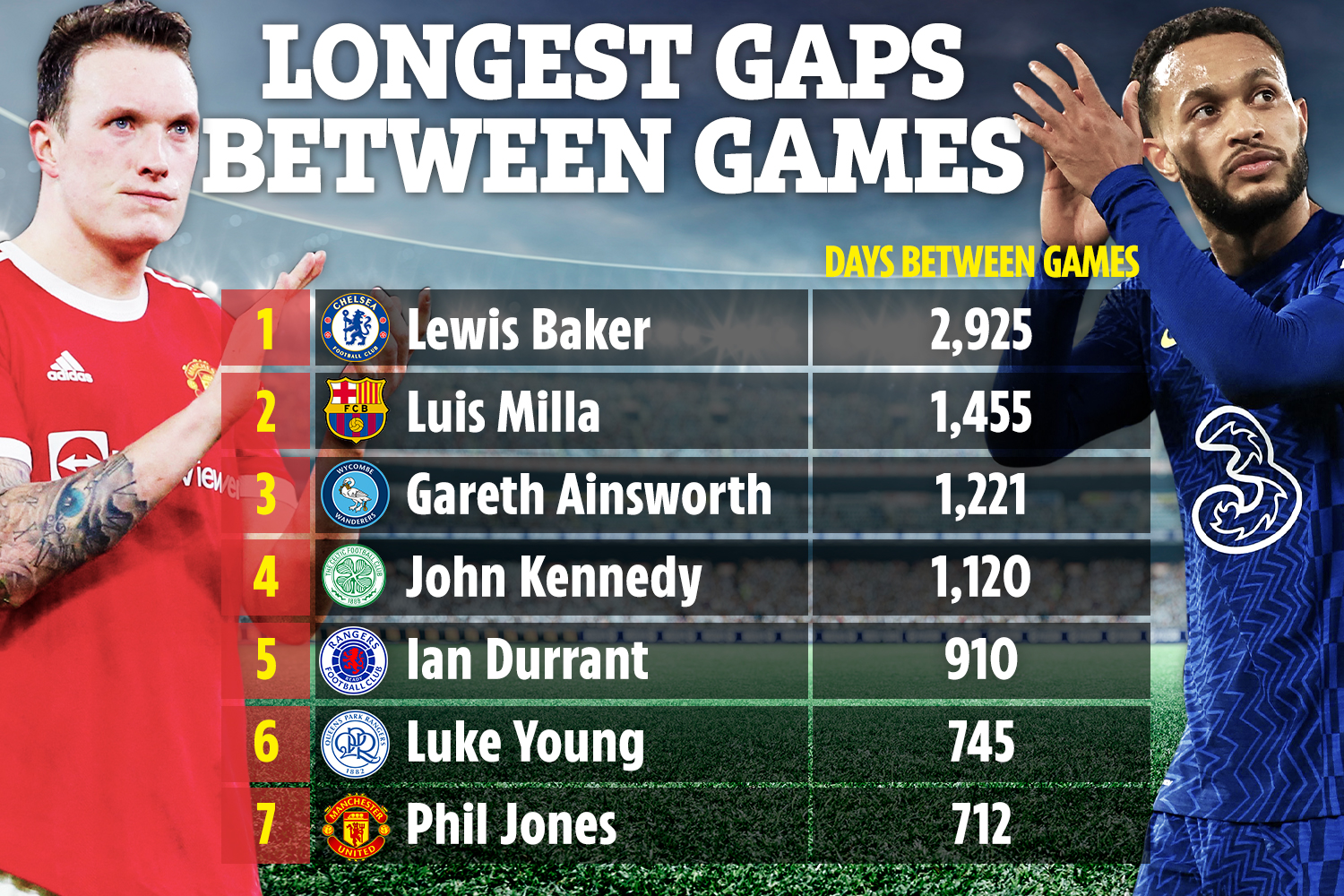 IT'S no surprise to see Baker top the list.

The Chelsea midfielder, 26, made his senior debut in the FA Cup third-round win over Derby in January 2014.

Baker replaced Oscar for the final three minutes of the game.

But the 17-cap England Under-21s ace has been loaned out EIGHT times, most-recently to Turkish side Trabzonspor.

At the weekend, Baker was given the chance in the 5-1 win over Chesterfield – again in the FA CUp third round and again off the bench.

He replaced Andreas Christensen for the final half an hour of the thumping win at Stamford Bridge.

Despite playing his first senior game in over eight years – 2,925 days in all – Baker is finally set to quit the club after 16 years, with a permanent transfer to Stoke on the cards. 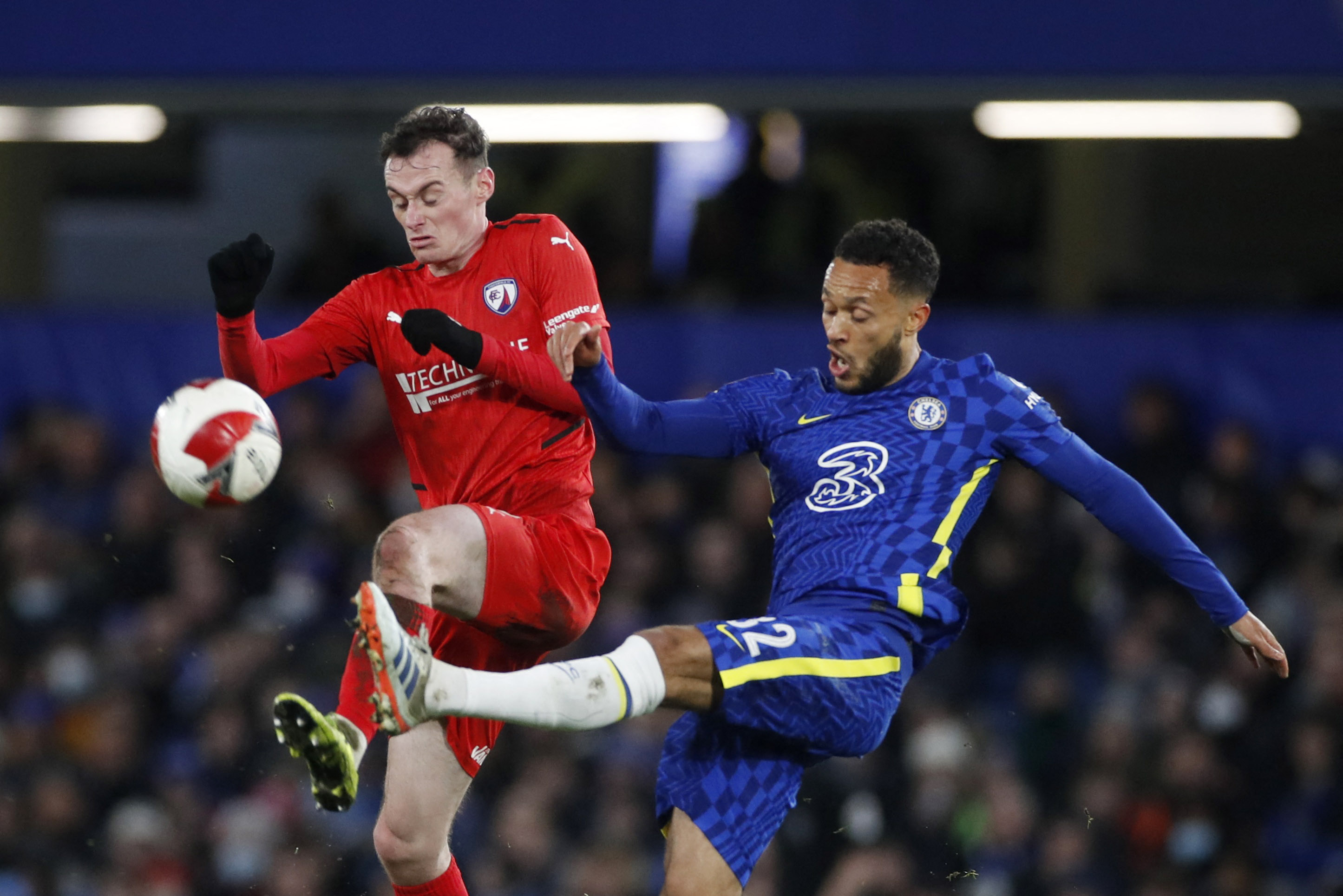 IN the 1984-85 season, Spanish top-flight stars went on strike – forcing the second match of the season to be played with reserve and youth players.

Barcelona fielded 18-year-old Milla that day – who scored the opening goal in a 4-0 win.

But with the strike soon ending, Milla was shipped back to the youth team and would have to wait four years – almost to the day – before making his next appearance.

The three-cap former Spain international broke into the Barca first-team properly in 1988 – but would quit just two years later amid a bitter contract row.

Milla now only left the Nou Camp, he joined their fierce rivals Real Madrid, where he would spend seven years, playing 165 times in LaLiga.

AINSWORTH has been in charge at Wycombe since 2012, when he replaced Gary Waddock.

He took over initially as player-caretaker-manager and did so well he was given the top job permanently.

Ainsworth retired as a player seven months later, in April 2013.

But, in August 2016 and amid an horrific injury crisis, the boss came out of retirement to play in the 3-0 Checkatrade Trophy win over Northampton.

It was his first game in over three years. 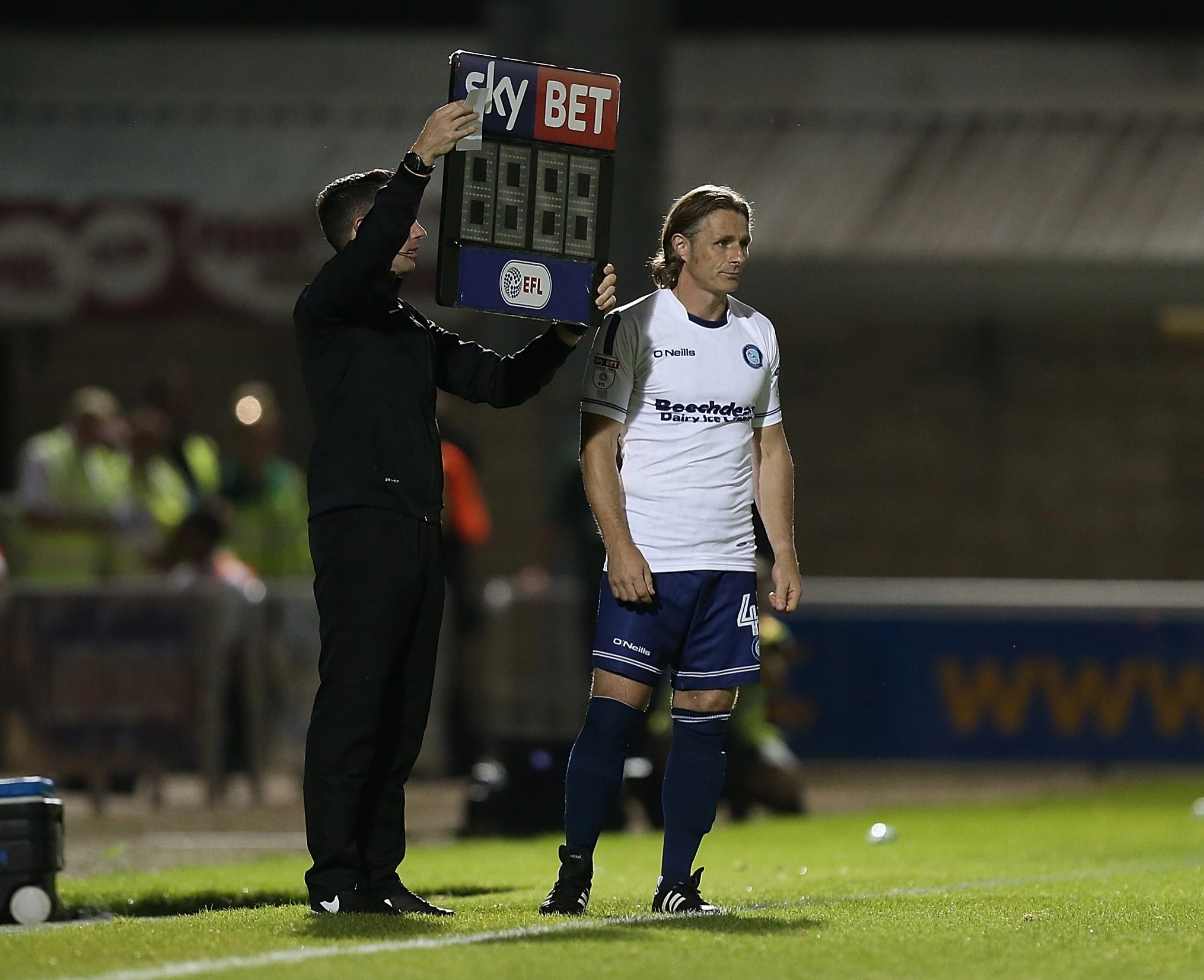 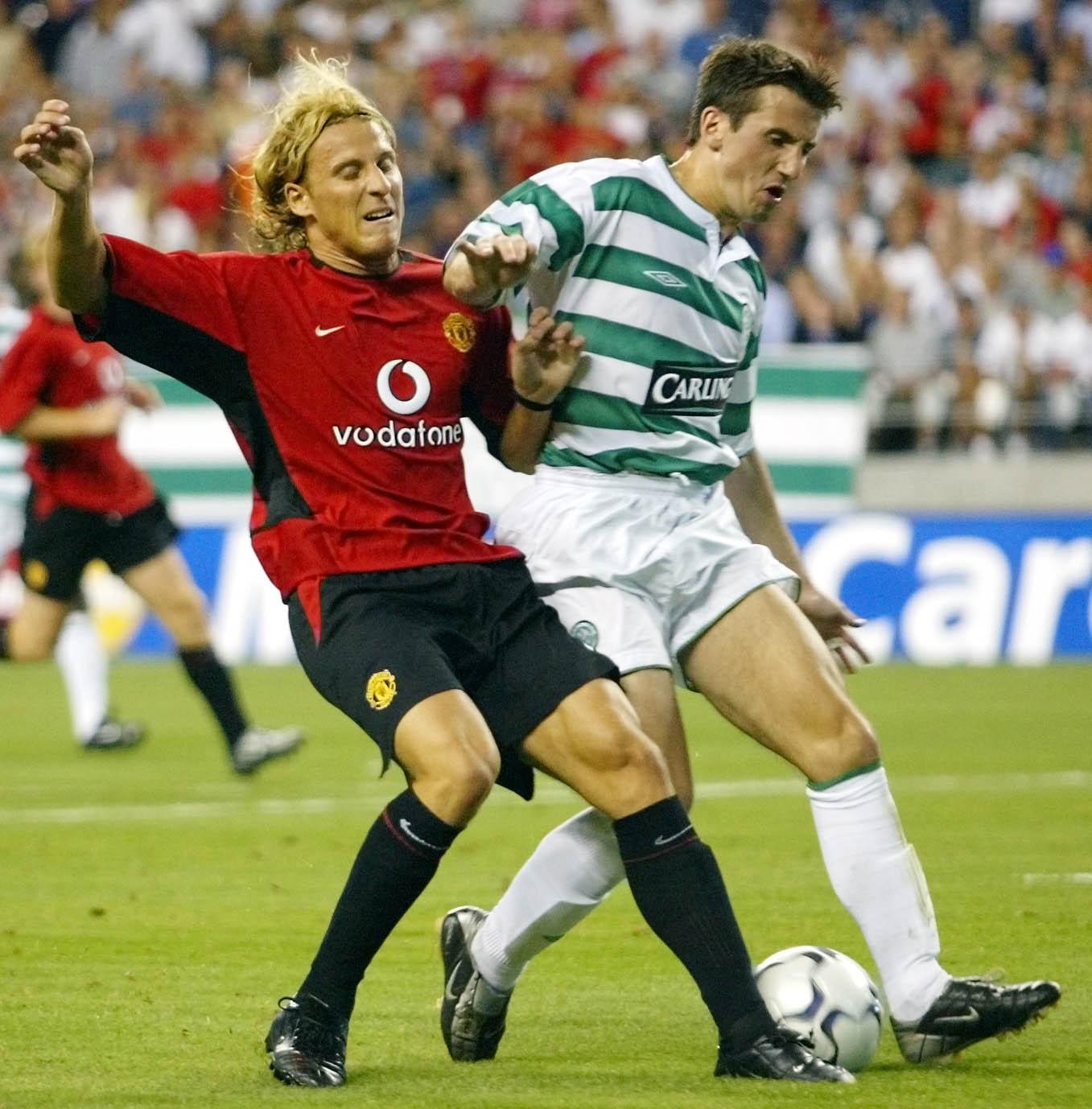 KENNEDY missed over three years due to a horror injury that ultimately ended his career.

After impressing for the Hoops, centre-back Kennedy made his Scotland debut in March 2004.

Unfortunately, Kennedy was on the receiving end of a sickening lunge from Romania's Ionel Ganea just 14 minutes into the game.

The defender missed over three years of action, returning in April 2007.

But Kennedy struggled with his knee in the following seasons and would retire just two years later, aged just 26.

Kennedy served as caretaker manager of Celtic last year following Neil Lennon's exit, having worked his way from scout, to coach to assistant manager in a decade in the backroom staff.

ANOTHER player to miss a huge chunk of playing time following a horror tackle was ex-Rangers man Durrant.

The striker , aged just 21 at the time, was seriously hurt after a tackle from Aberdeen's Neil Simpson.

Durrant missed close to three years of action with a torn ACL.

His injuries, fortunately, did not wreck his career though with Durrant earning 20 Scotland caps and enjoying a fine career at Rangers and later Kilmarnock. 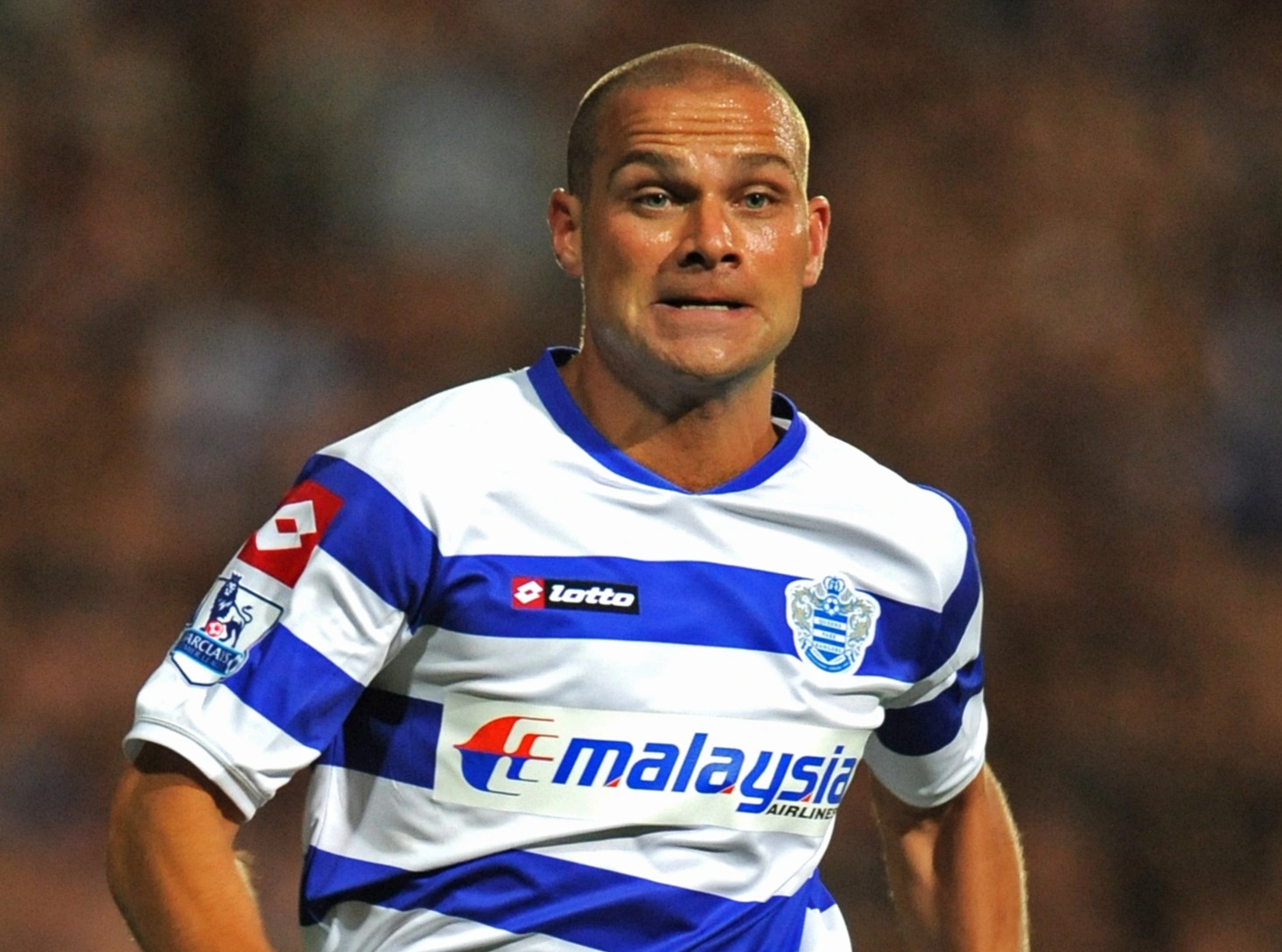 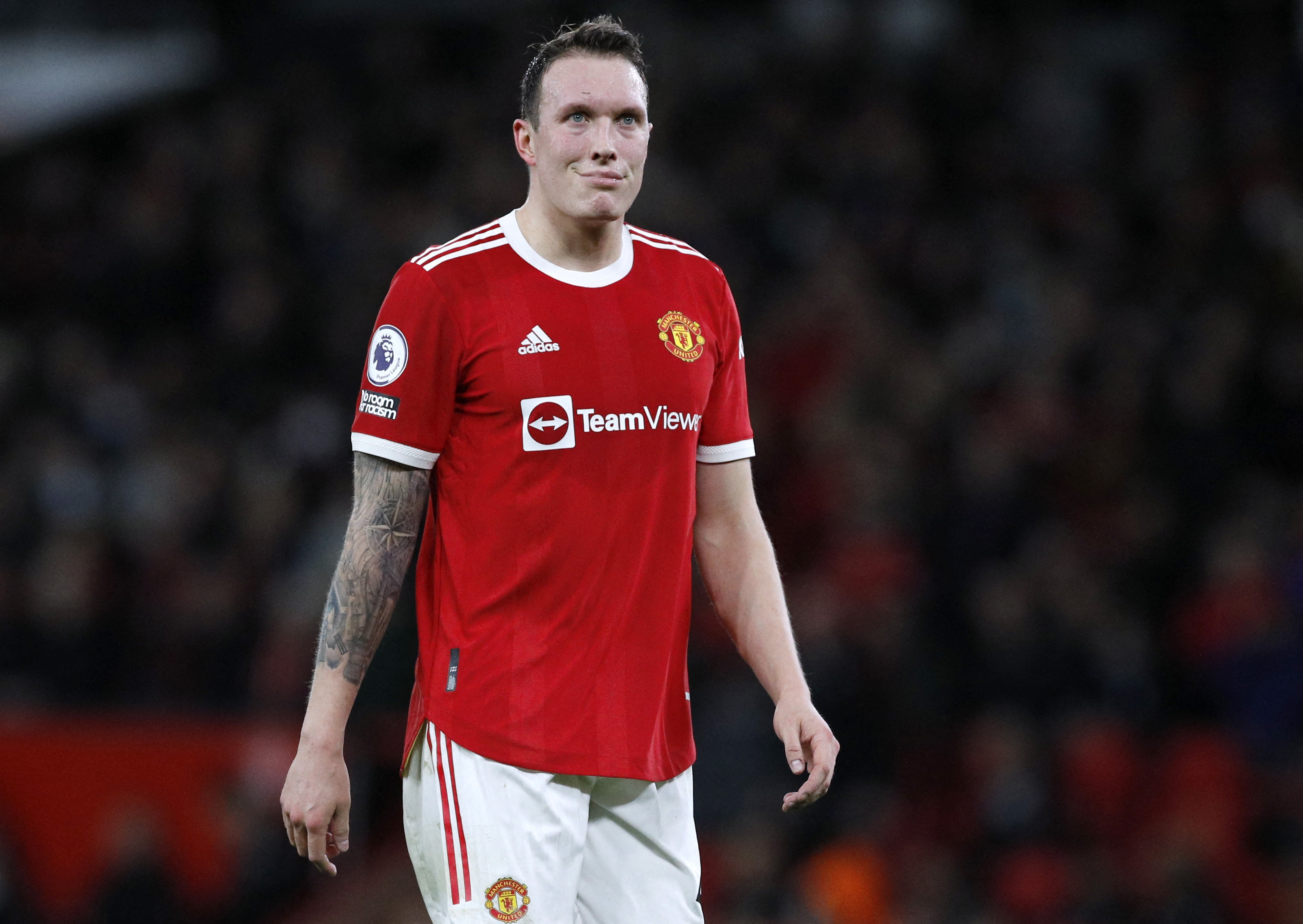 TOWARDS the end of his career, during which he'd won seven England caps, right-back Young struggled for game time at QPR.

He was a regular under Neil Warnock and Mark Hughes in 2011-12 but was frozen out the following season.

Young then struggled with injuries, including a nasty hip issue.

But he was released at the end of the season and retired from football soon after.

THE ex-England man made his first appearance for Man Utd in nearly two years for the 1-0 defeat at Wolves.

While his team-mates struggled, fans piled praise on Jones for his enthusiasm as well as his superb performance.

Incredibly, his last first team appearance in any competition came when he scored in the 6-1 FA Cup away win at Tranmere.

Still only 29, the 2012-13 title winner is under contract at Man Utd until 2023 but has been plagued by injury setbacks over the last two years.

He admitted in September that a serious knee issue and subsequent abuse he suffered left him ‘an absolute mess’.

But Jones – the man once tipped to become United's 'best-ever player' – is hoping to build on his signs of promise this season in his side's shaky back-line.