RORY McILROY will return to action in a £3.2million match with Dustin Johnson on May 17.

The world No 1 and No 5 respectively will take on Americans Rickie Fowler and Matthew Wolff in a mega money skins challenge. 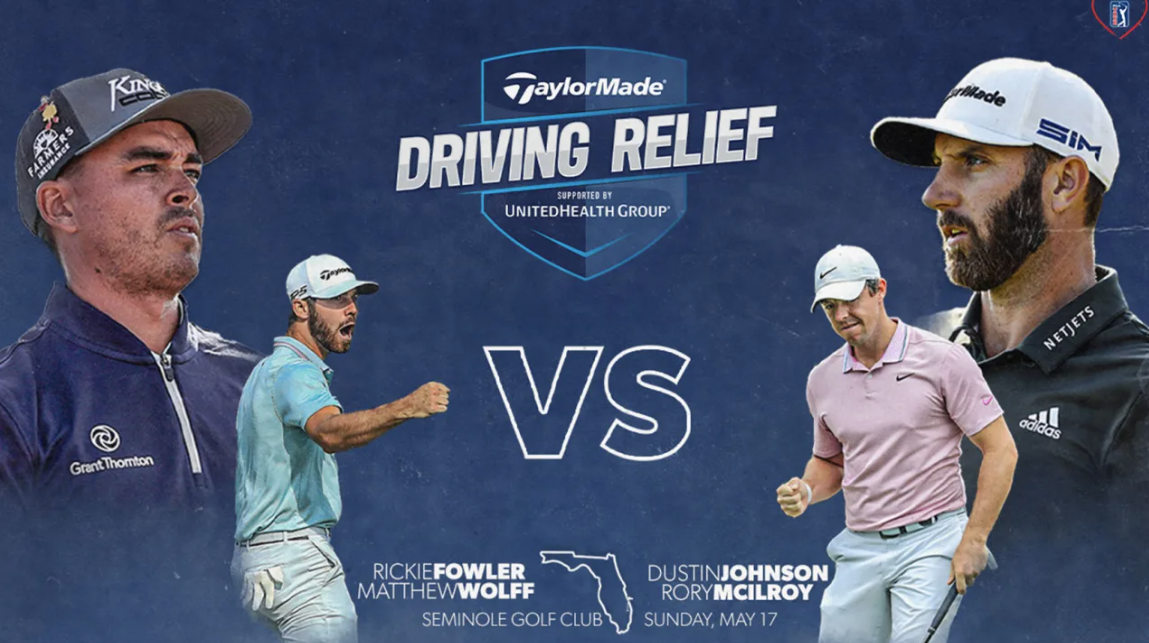 All proceeds will go to charity and the action will be shown live on Sky Sports.

The match, officially called TaylorMade Driving Relief, will be played at the ultra exclusive Seminole golf club in Florida, US.

McIlroy shocked himself last week when he returned to the range after almost two months off – and actually hit the ball straight.

And he will need to be sharp when taking on Fowler and Wolff, who sit some way behind in the world rankings on 27 and 110 respectively.

Fans will be not be allowed on site to watch McIlroy and Co but the first two holes will be streamed live on Twitter.

Four-time Major champ McIlroy and Johnson will donate all their winnings to the American Nurses Foundation.

Fowler and Wolff will send their cash to the CDC Foundation, both of which are fighting against coronavirus.

McIlroy said: "It’s been difficult to witness what so many are enduring over the last several weeks due to the COVID-19 pandemic.

"I’m excited and thankful to TaylorMade and UnitedHealth Group for making this event possible and providing us with the opportunity to show our support of those on the frontlines.

"I hope that we can provide some respite and entertainment for those tuning in across the globe. Dustin and I will have a lot of fun together and our games will fit well as we push to raise funds and awareness on May 17."