REAL MADRID goalkeeper Thibaut Courtois has blasted La Liga for giving their match against Osasuna the go ahead despite a freak snowstorm in Spain.

The Blancos squad were stuck on their plane to Pamplona for more than three hours before take-off on Friday night due to heavy snow. 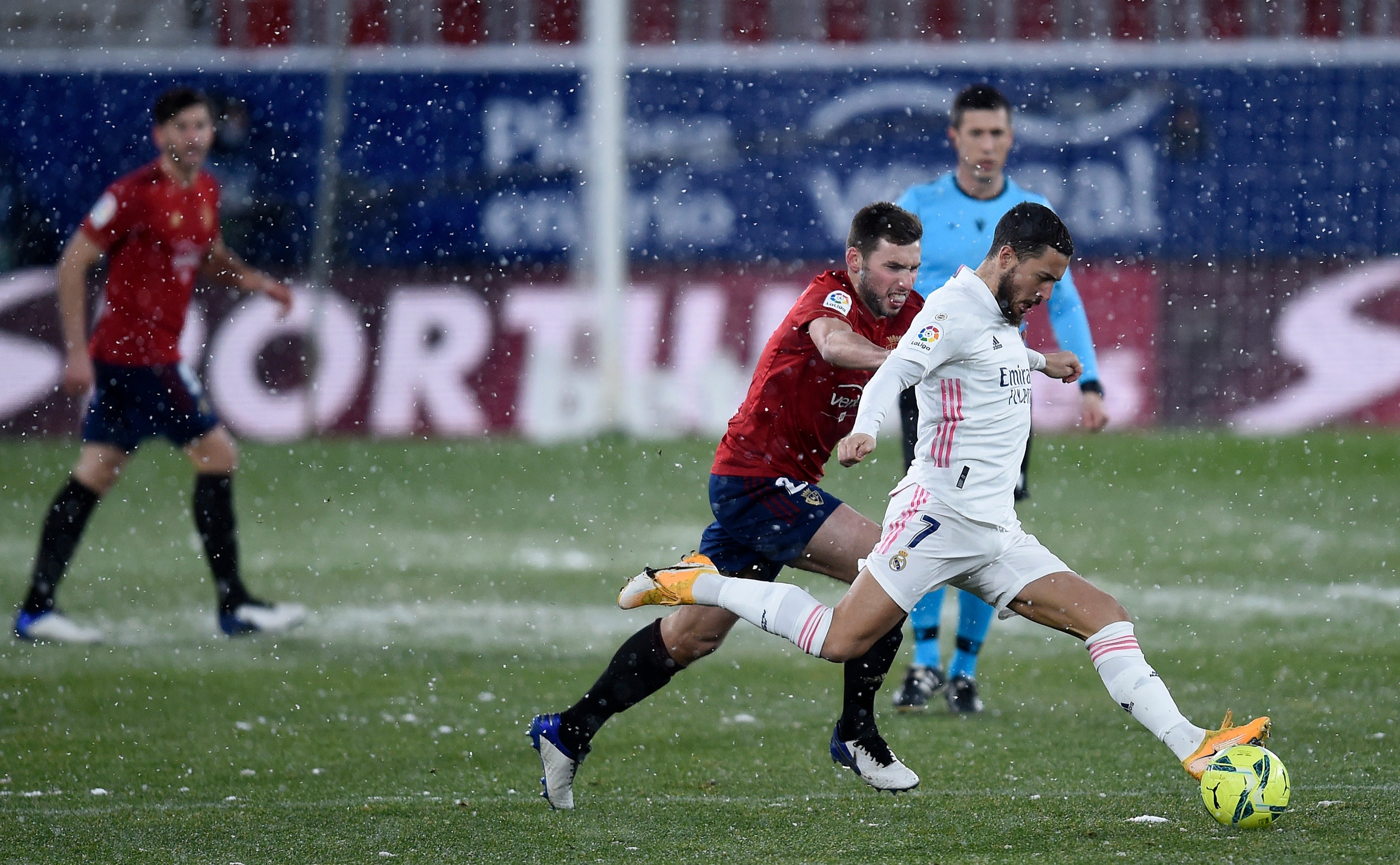 Osasuna's pitch passed an inspection before kick-off on Saturday but snow continued to fall during the game.

Courtois told Movistar: "I want to thank the people of Osasuna for having the pitch like this.

"But it is unfortunate what La Liga have done to us. We know what the conditions were, and of course we were able to play, but taking off with the frozen runway and now we can't go home. We are human and not a show.

"We have done what was asked, as if we didn't come they would have docked three points from us. But I don't think it's safe, we aren't puppets that always have to play.

"We made the effort today, but we have to think about these trips and the logistics needed to return home."

More than two feet of snow fell in Madrid on Friday – the most in a 24-hour period since records began in 1971.

Real Madrid were forced to stay in Pamplona after the final whistle, with Barajas Airport not expected to reopen to incoming flights until at least Sunday afternoon.

League leaders Atletico Madrid had their home game against Athletic Bilbao postponed after the visitors were unable to land at the capital's airport.

The failure to beat Osasuna leaves Real Madrid a point behind their city rivals, who have three games in hand.

It all left Zinedine Zidane furious that his side's game went ahead.

He said: "We played because we were ordered to play.

"It wasn't anything close to professional football game for me.

"In the end, the conditions were very difficult.

"That's my answer about the feelings after all that happened these two days.

"Now we don't even know when we'll be back in Madrid."