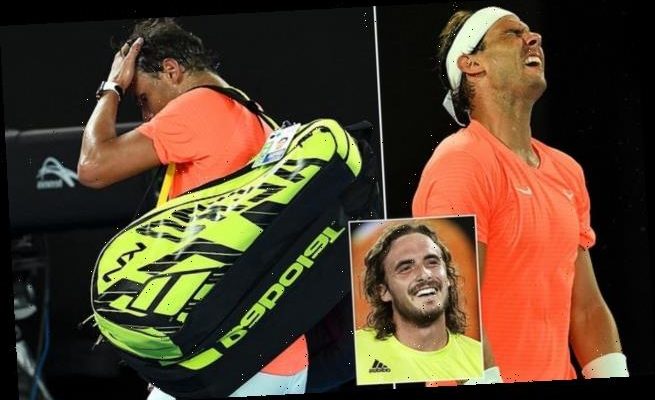 BREAKING NEWS: Rafael Nadal is OUT of the Australian Open as Stefanos Tsitsipas produces one of the greatest Grand Slam comebacks from two sets down to end Spaniard’s quest for a record 21st Grand Slam title

Stefanos Tsitsipas produced one of the great Grand Slam comebacks of recent times to oust Rafael Nadal from the Australian Open.

The 22 year-old Greek inflicted only the second defeat on the great Spaniard in which he has lost after winning the first two sets. 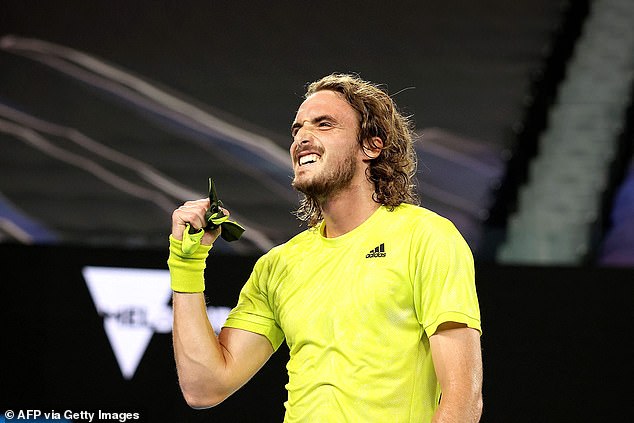 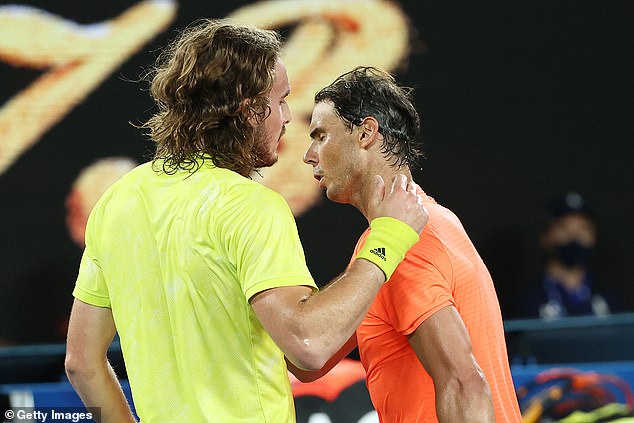 ‘I’m speechless,’ said Tsitspias afterwards. ‘I focussed to staying calm and holding my nerves. I have no words to describe what just happened.

‘It’s an unbelievable feeling to be able to fight at such a level and leave it all on the court. I started very nervous and I don’t know what happened after the third set. Everything was working for me. The emotions are indescribable.’

There were shades of 2019, when Tsitsipas recovered from losing the first set to shock Roger Federer in four sets. 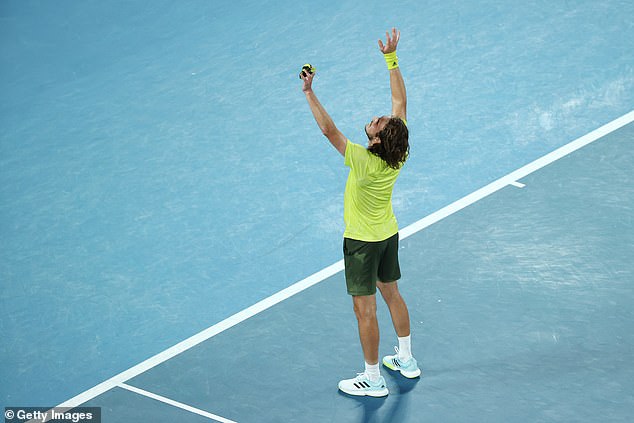 Nadal overcame a hesitant start to gain near total control until midway through the third set, and still looked on course until the tiebreak, which he partly tossed away with a series of shanks and miscued overheads.

Having gained the lifeline the young Greek went into overdrive, with his previously misfiring forehand becoming more and more efficient.

Surprisingly, the physicality of Tsitsipas proved stronger than that of the French Open champion, who will for now not overtake Roger Federer’s 20 Grand Slam titles. 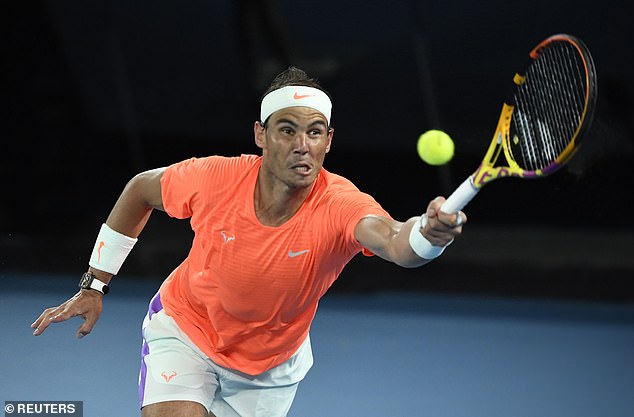 At 5-5 in the fifth set Nadal was broken with a slew of errors. When it came to serving it out he threatened to come back by defying two match points, before the Greek finally nailed it with one last flowing backhand down the line.

A breathaking contest ended with Tsitsipas winning 145 points to his 142 for Nadal in what looked like a coming of age performance.