THE jumps season is warming up nicely and punters are in for a treat at Newbury on Friday.

It's day one of the Ladbrokes Trophy meeting and a stunning field of 10 have declared for the Long Distance Hurdle, which is live on ITV3. Our man Jack Keene takes a closer look at the feature races on Friday. 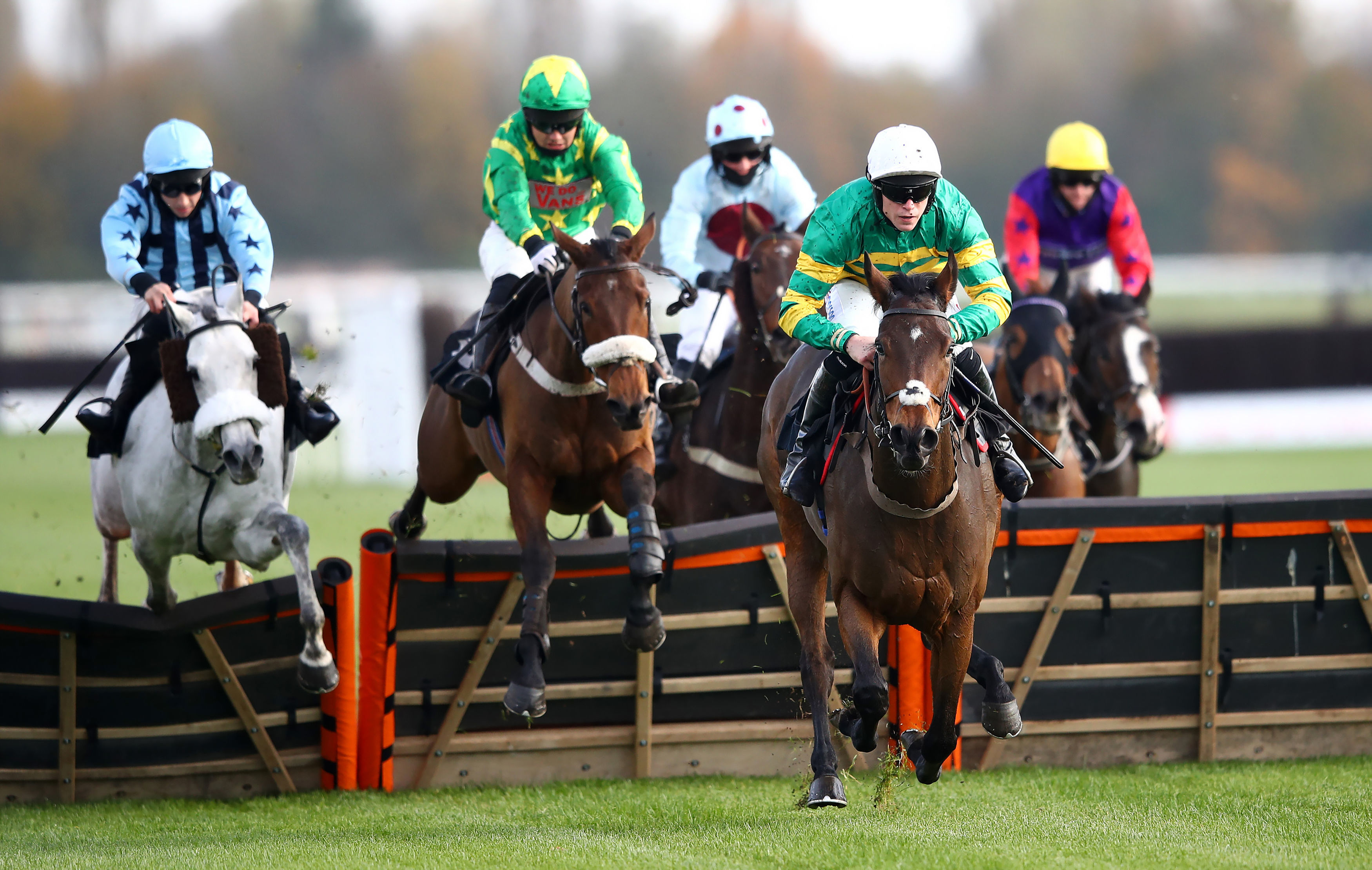 T&Cs: New customers only. Place your FIRST bet on any sportsbook market and if it loses we will refund your stake in CASH. Max refund for this offer is £20. Only deposits made using Cards or Apple Pay will qualify for this promotion. T&Cs apply. Paddy's Rewards Club: Get a £10 free bet when you place 5x bets of £10+. T&Cs apply. 18+ Begambleaware.org

Where to start with this absolute humdinger of a race? It's the clash of the season so far.

We have to kick off with Paisley Park, the champion stayer of 2019 who arrives here under something of a cloud.

He had swept all before him in the lead up to Cheltenham in March before bombing out in the Stayers' as the odds-on favourite – after which he was found to be suffering from a fibrillating heart.

Horses can come back after an issue like that – just look at the likes of Denman and Sprinter Sacre – but it's a concern and he looked to be carrying plenty of condition when having a racecourse gallop at Newbury last week.

It would be great to see him bounce back but he is taken on at the prices with THYME HILL.

Philip Hobbs' six-year-old was a little workmanlike when winning the Challow on horrible ground at this track last December, but he lost absolutely nothing when a close fourth in a red-hot edition of the Albert Bartlett in March.

He could have won but for suffering interference approaching and after the last, eventually beaten just over a length by Monkfish. It was a monumental performance at a time when the Hobbs horses weren't in great nick.

After a quiet start to the season, the yard is showing signs of life and the unexposed Thyme Hill, who has a fantastic record fresh, could announce himself as a force in this division.

Lisnagar Oscar was the shock 50-1 winner of the Stayers' Hurdle in March but he was disappointing and reverted to type when well-held at Wetherby first time out. He needs to prove his Cheltenham triumph wasn't a fluke.

McFabulous is a fascinating contender and he is horse firmly on the upgrade. The step up in trip poses a question, but it remains to be seen how high he can go, much like the selection.

The admirable Summerville Boy should run his usual honest race, though he probably needs a touch more to win. Having said that, he is clearly in good heart and won gamely at Aintree on reappearance.

Honest Vic bolted up in a handicap at Cheltenham and is a lively outsider, while fingers crossed for a good run from Sam Spinner, who goes back hurdling after a stop-start chasing career.

Just the three runners in the other Grade 2 on the card, but a cracker nonetheless.

Caribean Boy is a complete unknown quantity, having bolted up at Haydock on his second start from Nicky Henderson having shipped over from France.

The form of that race is solid (the runner-up is now rated 145) but this will be the soundest surface he has ever encountered.

His jumping improved stepped up in trip and he saw the race out well, so he could kick on now having found things happening too fast over two-miles.

But the same can be said of FIDDLERONTHEROOF, last season's Tolworth Hurdle winner who broke his chasing duck at the second attempt.

He got the better of a cracking battle with ? at Exeter last time out, jumping soundly under pressure on the whole.

This galloping track will suit, and while he'd ideally prefer a touch more juice in the ground he proved last time he doesn't need it hock-deep.