GRAHAM POTTER will earn £10million-a-year at Chelsea after signing a lucrative five-year deal at Stamford Bridge.

And that makes the 47-year-old the joint FOURTH highest earner in the Premier League after he received a bumper pay rise after leaving Brighton. 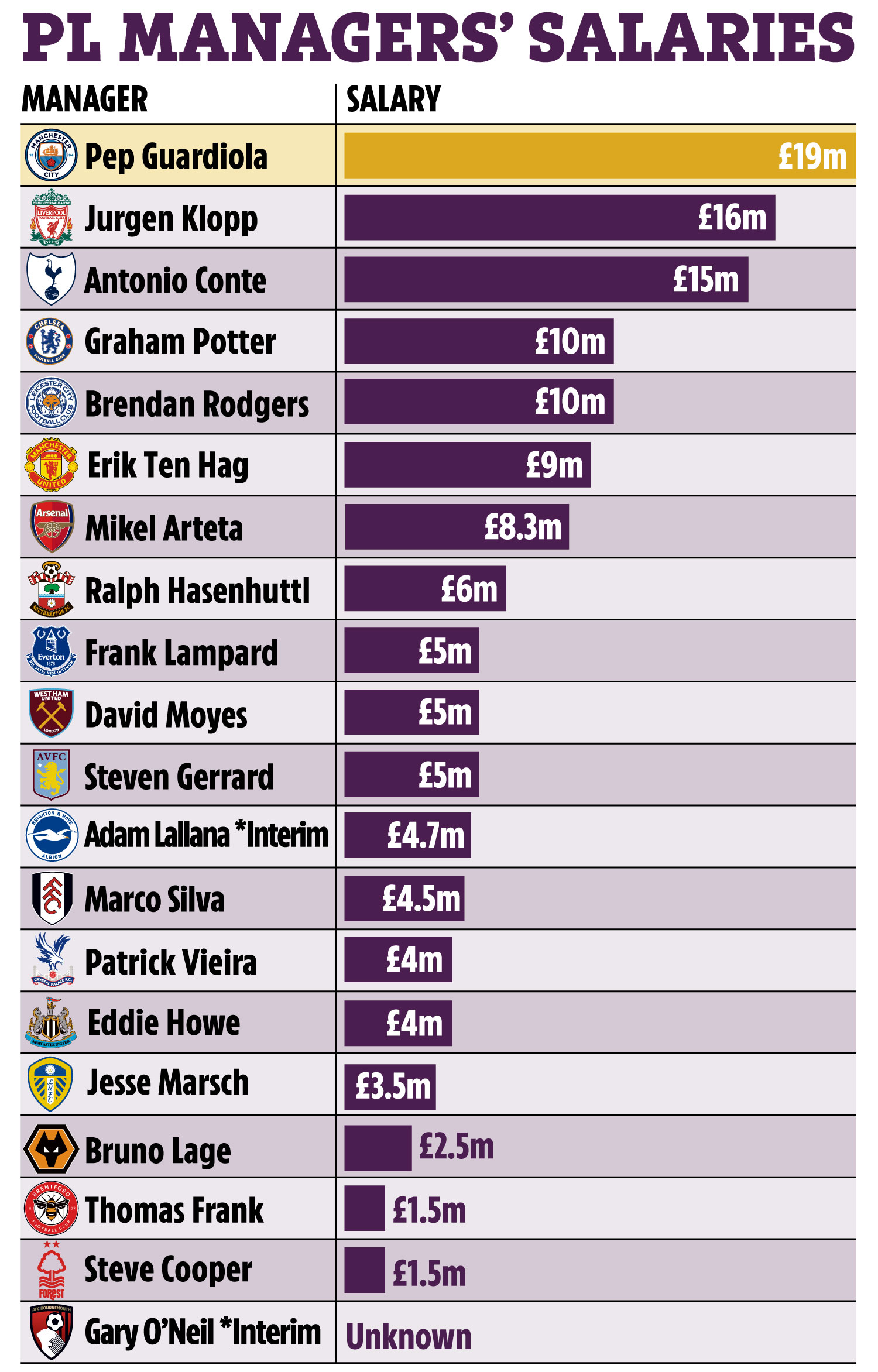 The ex-Swansea gaffer was believed to have been pocketing £2m-per-year with the Seagulls where he was one of the top-flight's lowest earners.

But SunSport understands he will take home £50m from the long-term contract he penned in West London.

That is more than sacked predecessor Thomas Tuchel – who was paid around £7m-a-year by the Blues.

But what do Potter's colleagues earn? SunSport takes a look below. 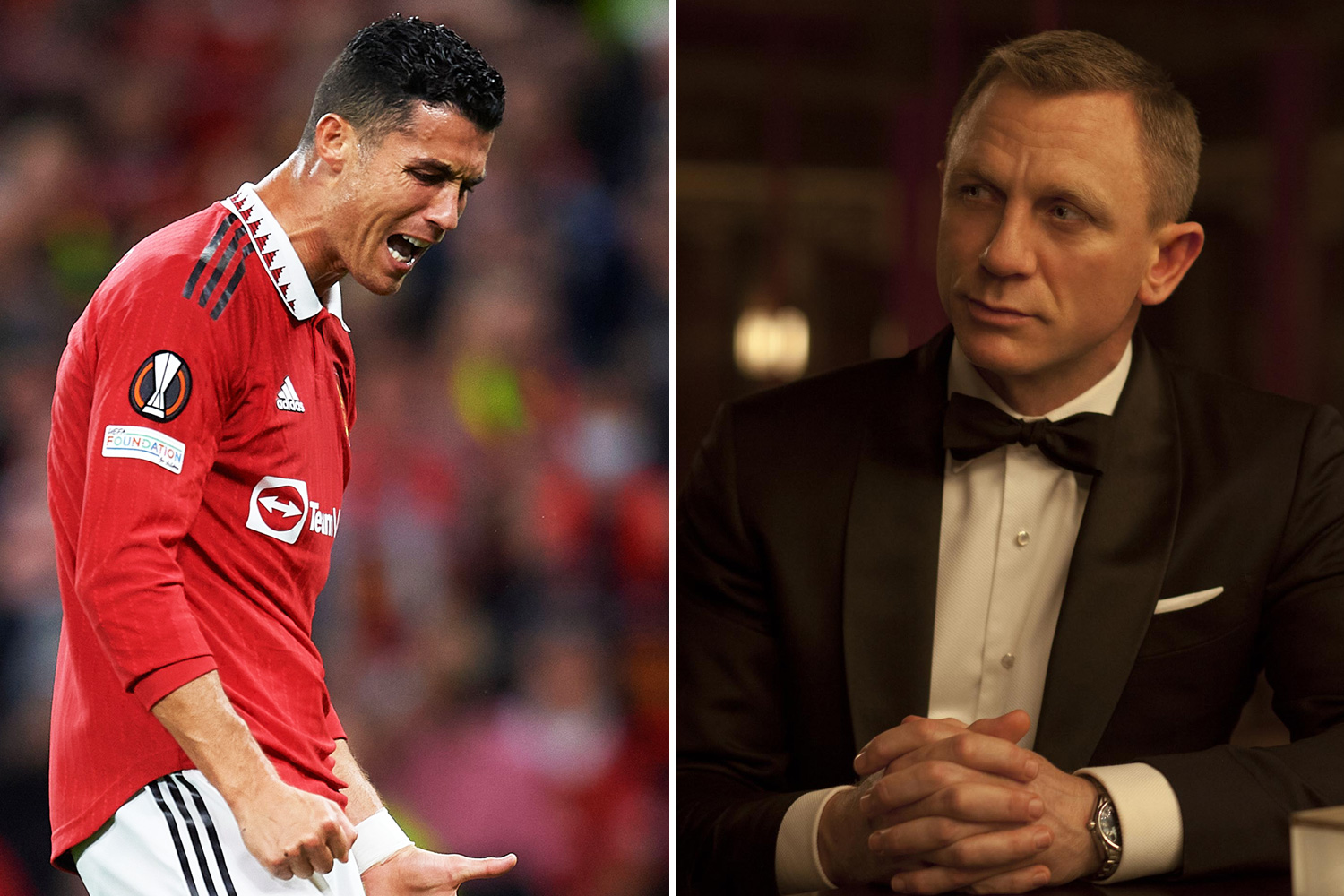 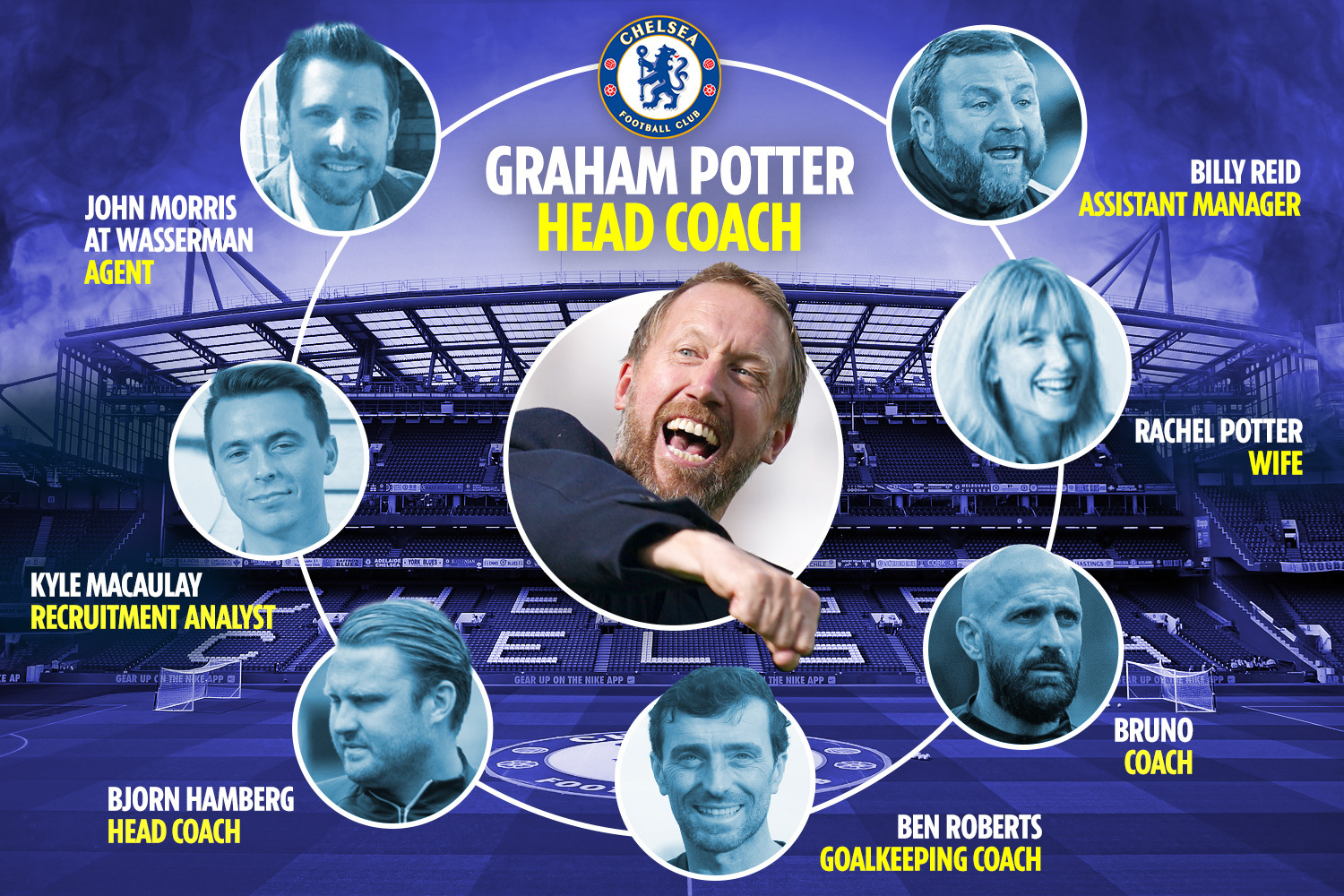 Potter earns almost HALF of what Manchester City gaffer Pep Guardiola rakes in, with the Spaniard boasting a hefty £19m-a-year salary.

But the Citizens manager is fully deserving of his yearly wages having won four Premier League crowns in the last five years.

Antonio Conte is third with Tottenham giving the Italian a £15m contract when he replaced Nuno Espirito Santo in November 2021.

Mikel Arteta is next up with the Arsenal boss rewarded with an £8.3m yearly deal in May.

According to Football Boast, Fulham's Marco Silva is on a £4.5m yearly salary, with Nottingham Forest's Steve Cooper the league's lowest joint earner along with Brentford's Thomas Frank at £1.5m. 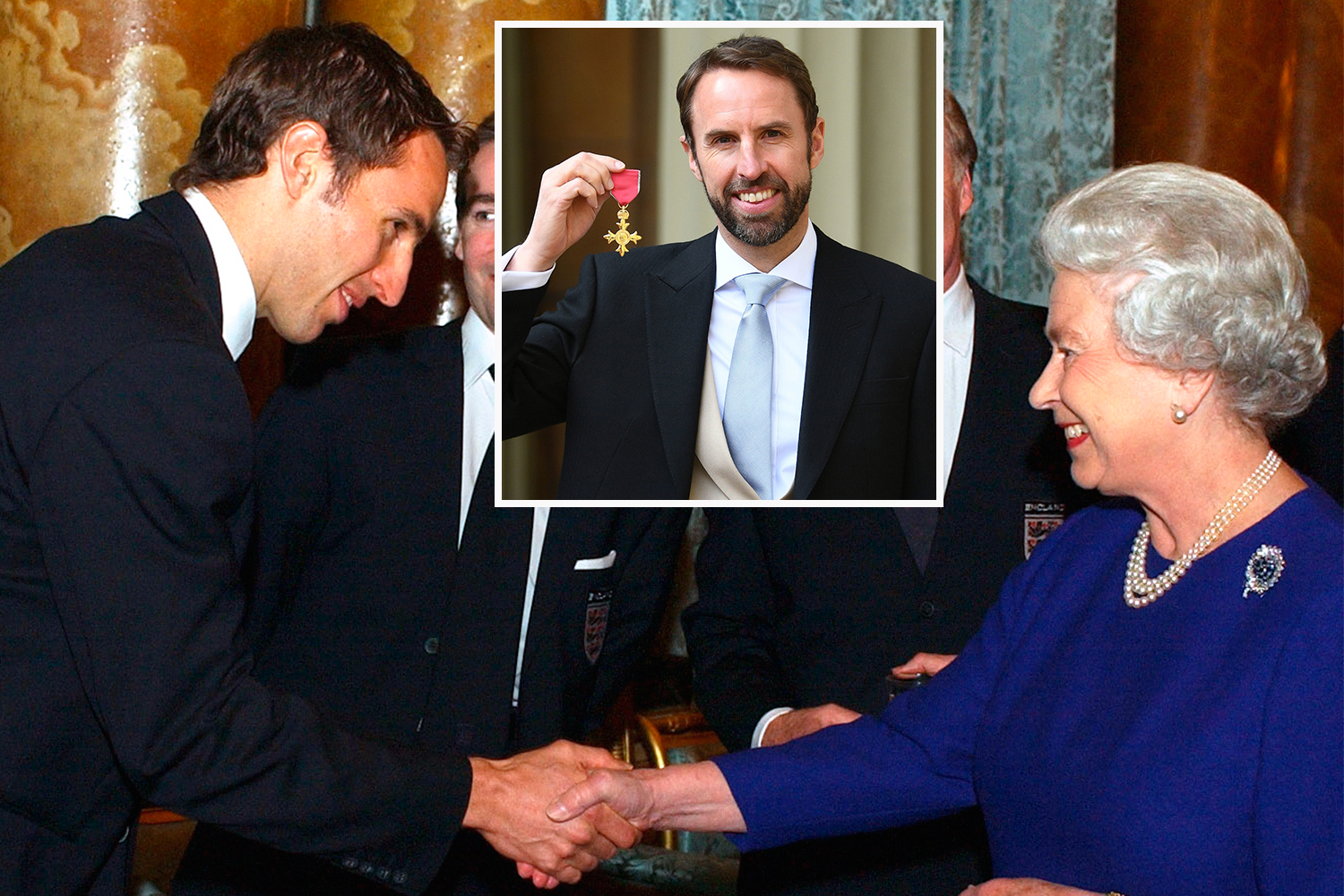 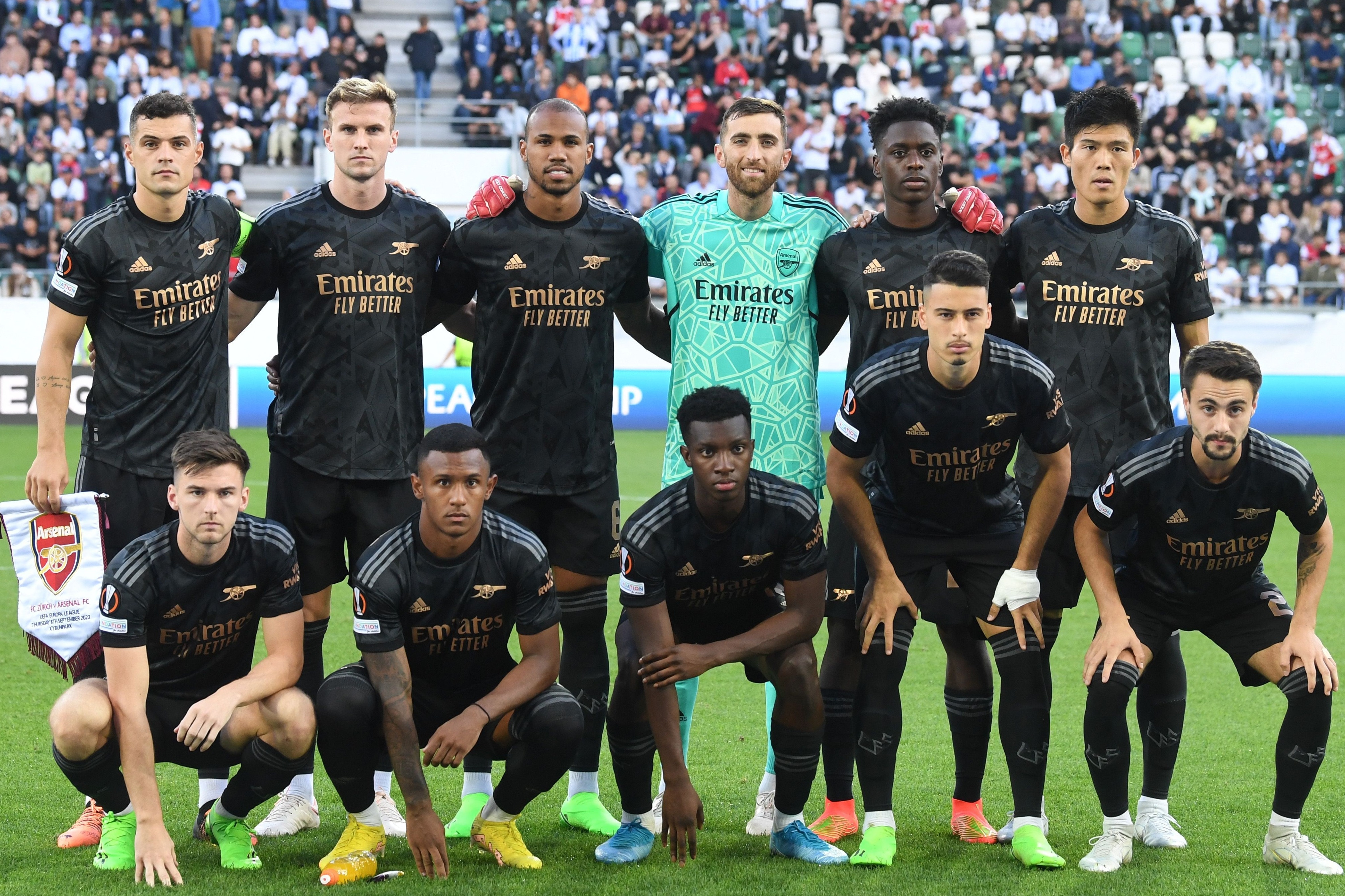 And it remains unknown how much Bournemouth interim Gary O'Neil is earning after he took over from Scott Parker.