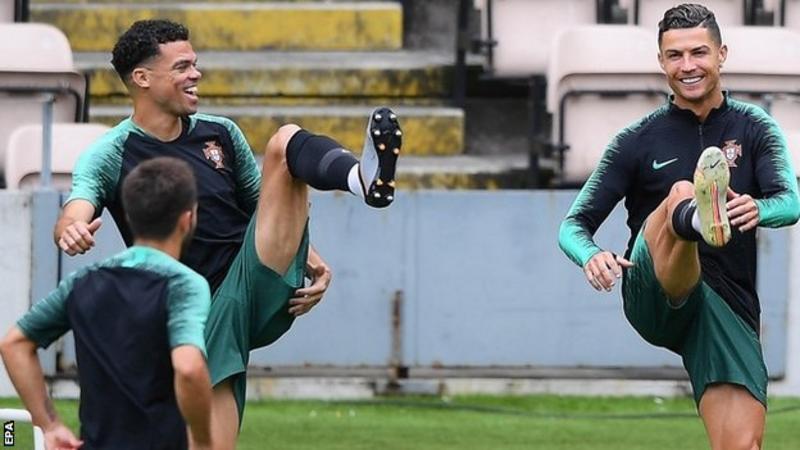 Portugal are favourites to win the inaugural Nations League, according to the coach of their semi-final opponents Switzerland, Vladimir Petkovic.

The Euro 2016 winners are hosting the four-team finals, with England facing the Netherlands in the other semi-final on Thursday.

“Portugal are certainly favourites, not just in this game, but for the tournament as a whole,” said Petkovic.

“They’re at home and are European champions.”

The four teams qualified for the finals through last year’s group stages.

Switzerland have never won a senior tournament before, but have reached the World Cup quarter-finals three times.

Petkovic added: “Portugal have the pedigree but so many times we’ve shown, and football has shown, that nothing is impossible.

“Maybe now Switzerland just need that final stamp, which we can fight for and earn against the top sides, by winning a tournament like this one.”

“It will be a very hard match, with two teams that like to hold onto the ball, that like possession,” said Portugal boss Fernando Santos, who guided his homeland to glory at the last European Championship in France.

“Switzerland also like to play long balls, utilising the characteristics of players like Haris Seferovic, then there’s [Liverpool’s] Xherdan Shaqiri, who likes to hold the ball up.

“They are full of quality players. Our job is to think about ourselves and to impose our game. The Portuguese national team, playing at home, want to bring joy to their fans.”