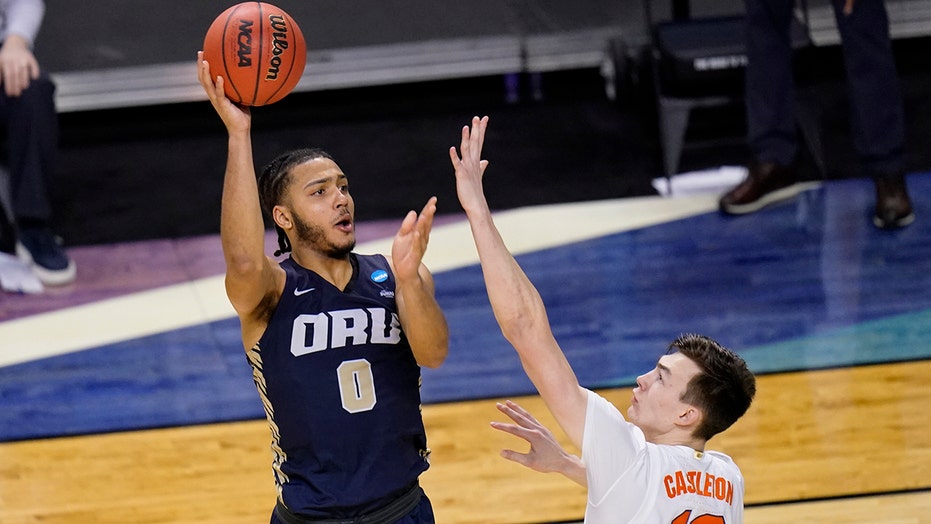 Oral Roberts University has become the belle of the ball after upsetting Florida on Sunday night in the NCAA Men’s Basketball Tournament to make the Sweet 16.

The Golden Eagles are only the second No. 15 seed to make it this far in the men’s tournament, joining Florida Gulf Coast University, which made it to the same round in 2013 before, ironically, losing to Florida.

The team has been buoyed by incredible performances from Kevin Obanor and Max Abmas.

“It’s really just mind blowing,” Obanor said Sunday night after the win over Florida. “We’re grateful. Just happy that we got the win.” 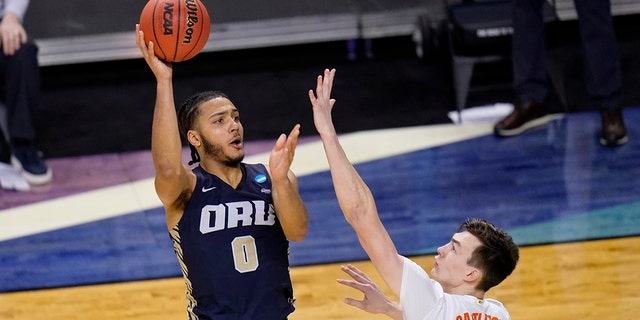 Oral Roberts forward Kevin Obanor (0) shoots over Florida forward Colin Castleton (12) during the second half of a college basketball game in the second round of the NCAA tournament at Indiana Farmers Coliseum, Sunday, March 21, 2021 in Indianapolis. (AP Photo/AJ Mast)

After beating Ohio State, Oral Roberts coach Paul Mills said the number beside their name didn’t matter to them.

“We are not capitulating to anybody here,” he said.

Oral Roberts doesn’t have an extensive men’s basketball history. The private evangelical university in Tulsa, Oklahoma, was founded in 1963 and it was nine years later when they joined NCAA Division I basketball as an independent school. The school only boasts about 4,000 undergraduate students.

The Golden Eagles had some success almost immediately. The team won 20 or more games in their first six years of existence. The team made the regional final in the 1974 tournament, though it wasn’t as extensive as March Madness is known presently. 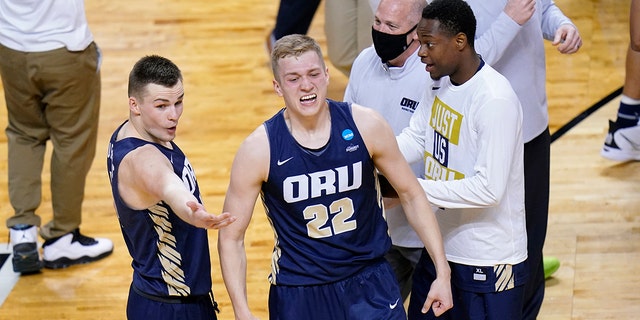 On that 1973-74 team, future NBA players Anthony Roberts and Alvin Scott were among the top performers. The team beat Syracuse and Louisville only to lose to Kansas in the regional final.

It wouldn’t be until 1984 when Oral Roberts would make another NCAA Tournament. However, the Dick Acres-led squad was bounced from the first round.

Oral Roberts still has its work cut out. To become the first team to make the Elite 8, the Golden Eagles will have to beat No. 3 Arkansas.