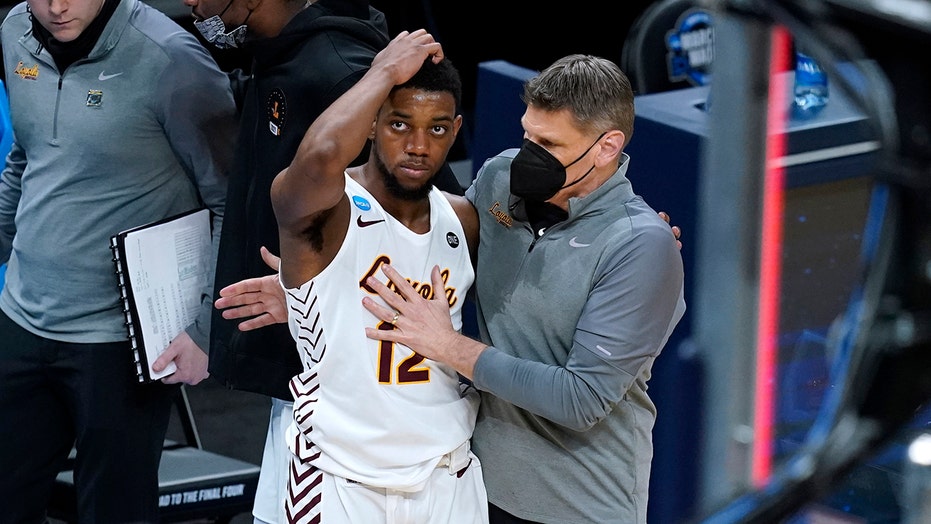 Oklahoma has an agreement in place with Loyola Chicago’s Porter Moser to become the Sooners’ next head coach, a person familiar with the situation said.

The person spoke Friday on the condition of anonymity because the move has not been announced.

In 2017-18, the Ramblers went 32-6 that season and charmed the nation in an unexpected run buoyed by one last-second shot after another. Along the way, their 98-year-old nun and team chaplain, Sister Jean Dolores Schmidt, became a celebrity, with bobbleheads and athletic apparel and national TV interviews. The Ramblers beat Miami (Fla.), Tennessee, Nevada and Kansas State to reach the national semifinal, where they lost to Michigan.

Loyola made another run this year, led by the nation’s stingiest defense. The Ramblers went 26-5 in their fourth straight year with 20 or more wins. They earned their first AP Top 25 ranking since March 1985 and won the Missouri Valley Conference tournament for the second time in four years.

Sister Jean, 101 and fully vaccinated, was on hand for the NCAA Tournament this year. She watched in Indianapolis as Loyola beat ACC Tournament champion Georgia Tech and dominated top-seeded Illinois in the second round before falling to Oregon State.

Moser takes over a program that is used to success — Kruger led the Sooners to a 195-128 record and reached seven of the past eight NCAA tournaments. Oklahoma reached the Final Four in 2016 with Buddy Hield leading the way. In Kruger’s final season at Oklahoma, the Sooners went 16-11 and finished the season with a loss to top-seeded Gonzaga in the second round.