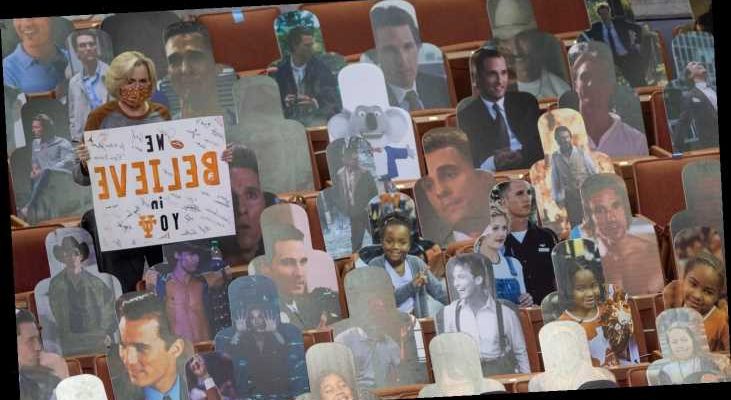 Fan cutouts have become common sights on televised sporting events during the pandemic. They’ll be part of the scenery at the women’s Final Four in San Antonio as well.

The NCAA announced the cutout program that will support several charitable causes. Cutouts can be purchased online at ncaa.com/womens-final-four. All proceeds from cutouts will benefit the Kay Yow Cancer Fund, the Pat Summitt Foundation that supports Alzheimer’s disease research, and the San Antonio Food Bank.

Cutouts cost $100. For an additional fee, fans can have their cutout mailed to their home after the tournament.

The news comes on the heels of the NCAA announcing a similar fan cutout program for the men's tournament.

“This fan cutout initiative provides an opportunity for women’s basketball fans — who have passionately supported the growth of the game — to continue to make an impact during an unprecedented year,” said NCAA vice president of women’s basketball Lynn Holzman in a statement.

“While the program will enhance the in-venue experience for participating teams, it will more importantly support causes that are close to the hearts of the women’s basketball and San Antonio communities.”

The Alamodome, site of the Final Four, will be limited to 17% capacity for attendance.