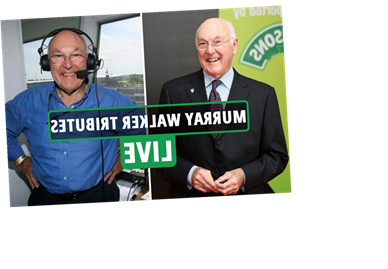 Motorsport is mourning the death off legendary F1 commentator Murray Walker, who has passed away at the age of 97.

Tributes for the broadcasting icon have been pouring in as Silverstone managing director Stuart Pringle said: "He was to so many of us fans of F1 the voice that epitomised the sport we love."