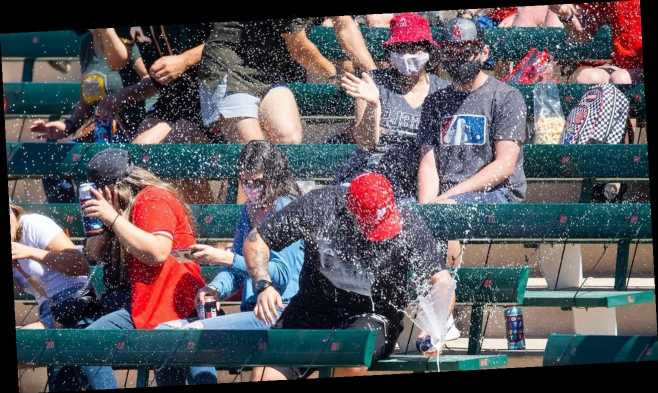 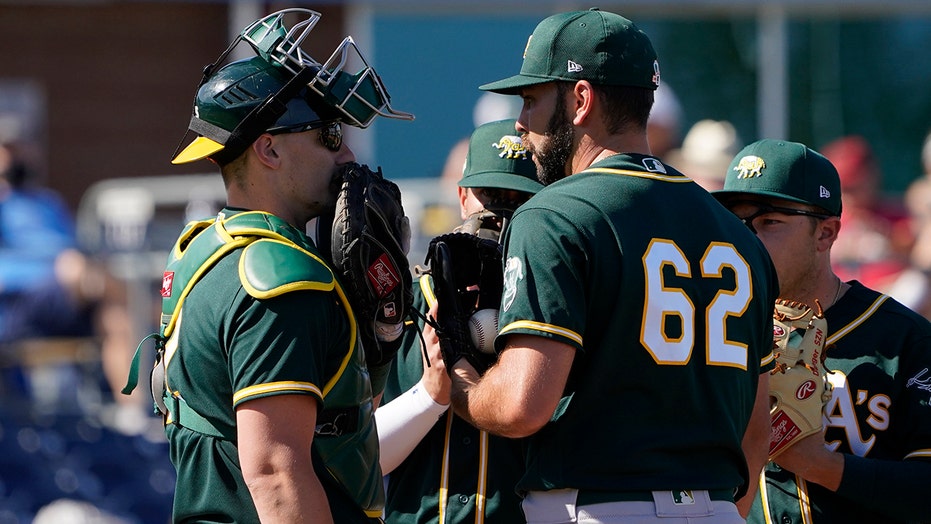 In most cases, a spring training game between the Los Angeles Angels and Oakland Athletics goes unnoticed unless something crazy happens.

On Saturday, Athletics catcher Sean Murphy stepped up to the plate with pitcher Jaime Barria on the bump in the top of the second inning at Diablo Stadium. Murphy slapped a pitch from Barria foul down the third-base line and caught a fan who was opening his beer by surprise.

The beer can appeared to explode in his hand as he shielded himself from the line drive. A slo-mo replay showed the beer splash all over the fans.

The fan may have lost the beer but he received an autographed Mike Trout bat for his troubles. It probably made up for watching the Angels lose 11-2.

Los Angeles and Oakland are gearing up for a long MLB season after the coronavirus pandemic cut the 2020 season in half. Both teams will be vying for an American League West crown.

Oakland won the division last season – its first division crown since 2013. The Angeles finished in fourth place for the third straight season. The Angels have not been at the top of the division since 2014 when Jered Weaver was winning ballgames for them on the mound.