ARSENAL boss Unai Emery has said it was entirely Henrikh Mikhitaryan's decision not to travel to Azerbaijan for the Europa League final.

The Gunners face Chelsea in Azerbaijan on May 29 – but the country's political row with Armenia means it is impossible for Mkhitaryan to visit the country due to security concerns. 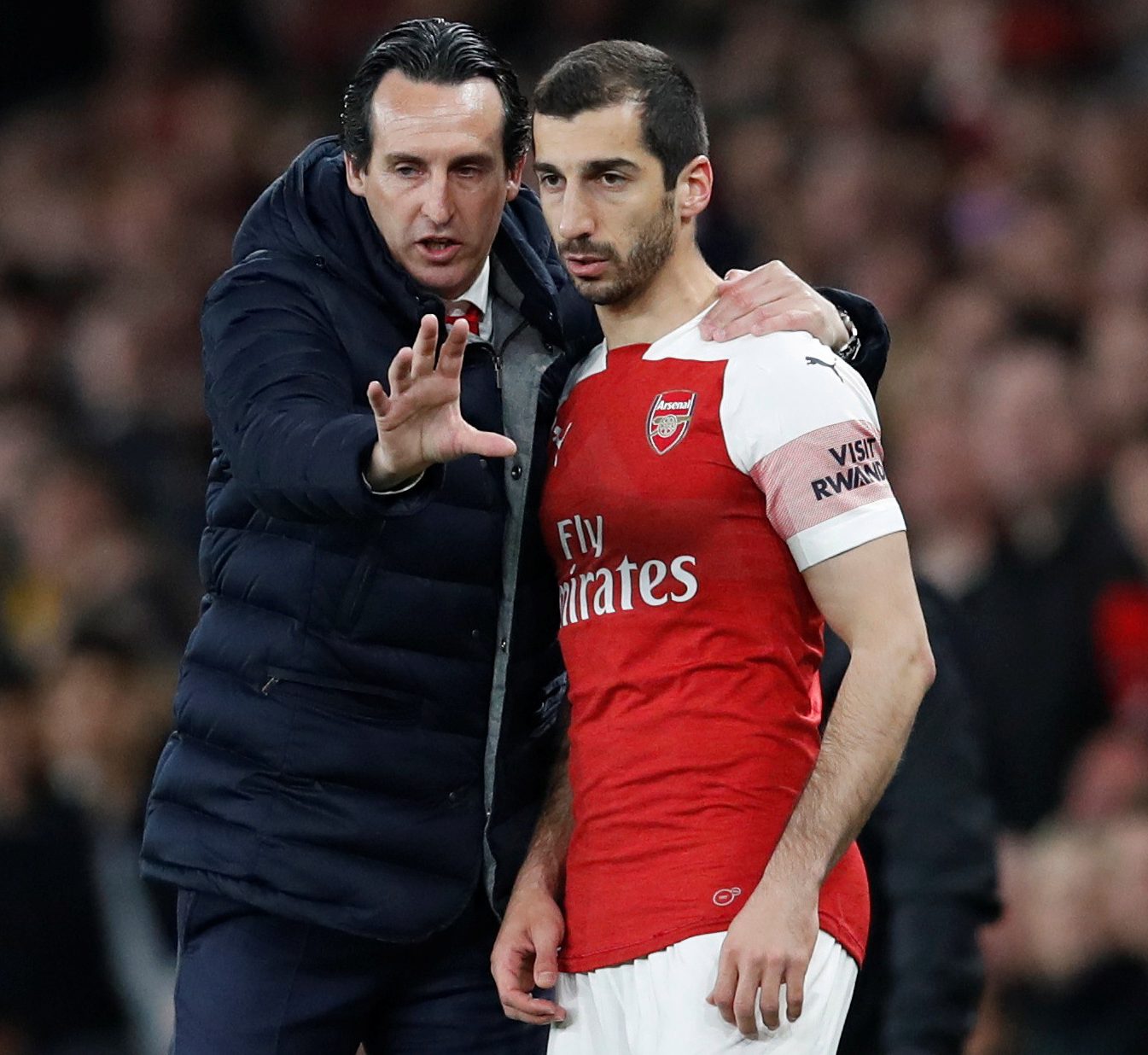 It was originally reported that it was the London club who made the decision to guarantee the players' safety.

But in a press conference, Spaniard Emery revealed that Mkhitaryan himself made the decision after talking with his family.

Emery said: "I discussed this with Mkhitaryan. It's a very personal decision.

"He wants to play with the team, but he spoke with his family and decided not to go.

"It’s bad news. We cannot do anything for these issues.

I can understand the decision, it’s personal for his family, and in their country

"It’s very personal, his decision, we need to respect him. It’s political problems. I must respect it."

Emery then revealed he had discussed the issue with the Armenian midfielder, and that he reasonated with his predicament.

The gaffer added: "I spoke with him. I come from Basque, we have a big political problem in our country a few years ago.

"I can understand the decision, it’s personal for his family, and in their country.

"I cannot push him to come with us. If he is us for the match, to help with his qualities, it will help.

"This issue is in not in my hands and I respect it."

This has left Arsenal missing their joint-third leading scorer this season because Uefa insisted on dragging the sides to the remote location to host the match.

But despite 30-year-old Mkhitaryan missing the chance to play in one of the biggest matches of his career, and one side being deprived of a key player, Uefa's response has been to insist it merely "respects" the decision.

A statement said: "Working alongside Arsenal FC, UEFA sought and received assurances regarding the player’s safety in Azerbaijan from the highest authorities in the country.

"As a result of these guarantees, a comprehensive security plan was developed and given to the club.

"While the club acknowledges the efforts that UEFA and the Azeri government have gone to in this matter, we respect the personal decision not to travel with the player."