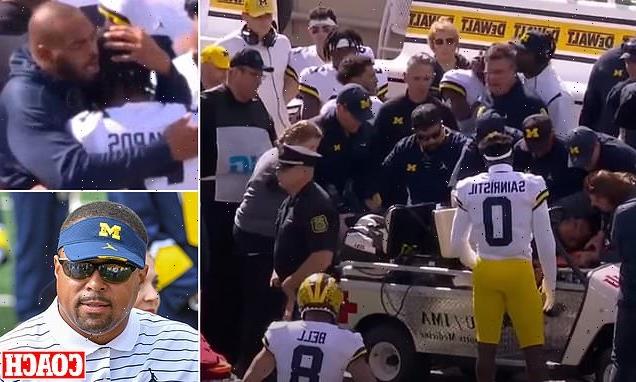 Michigan coach and ex-NFL running back Mike Hart, 36, is rushed to hospital after suffering a ‘seizure’ on sidelines during live TV game against Indiana: Distraught players are seen in tears as he is carted off to ambulance

Michigan running backs coach Mike Hart was carted off on a stretcher and rushed to hospital after suffering a seizure during the first quarter of the Wolverines’ game against Indiana, televised live on FOX on Saturday afternoon.

It was initially unclear as to the reason Hart was taken from the field, however Fox Sports reported during their halftime show that he had suffered a seizure and had since managed to speak to the players from his hospital bed.

Prior to leaving in an ambulance, Hart was seen moving his extremities and head while on the stretcher. Fox sideline reporter Jenny Taft, said Hart’s wife, Monique, was with him as he left Memorial Stadium in Bloomington, IN.

Following halftime, Taft reported the Michigan team had heard from Hart during the break that ‘he was doing ok and was with them in spirit.’ 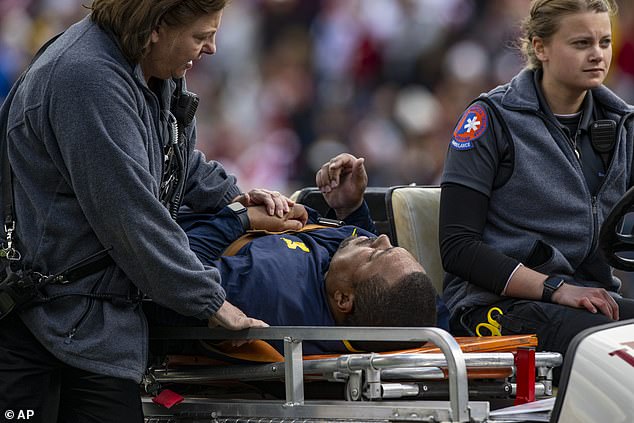 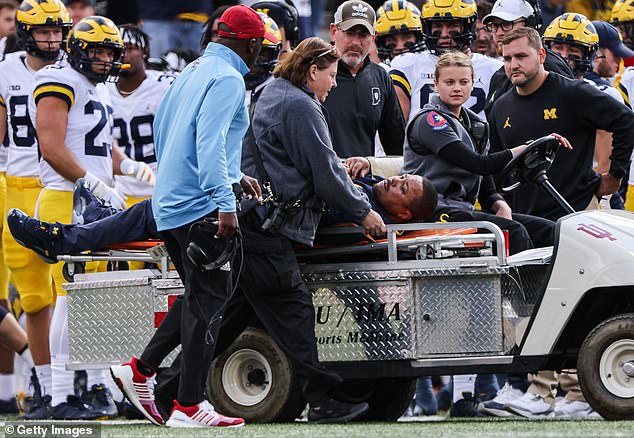 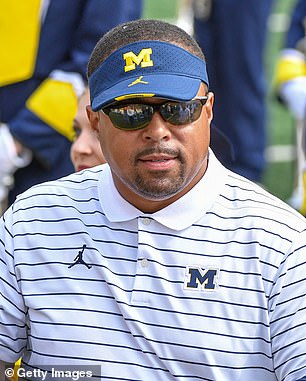 Michigan running backs Donovan Edwards and Blake Corum were visibly emotional following the incident as the game prepared to get back underway.

Most of the Michigan players took a knee on the sidelines, and were quickly followed by their Indiana opponents, in a great show of sportsmanship.

Hart has a special relationship with his players, in particular Corum, and said the running back could ‘marry [his] daughters any day’ in a recent interview.

Prior to joining the prestigious Big 10 school, he spent four seasons coaching at Indiana — Michigan’s opponents Saturday — in various roles, namely as their running backs coach. 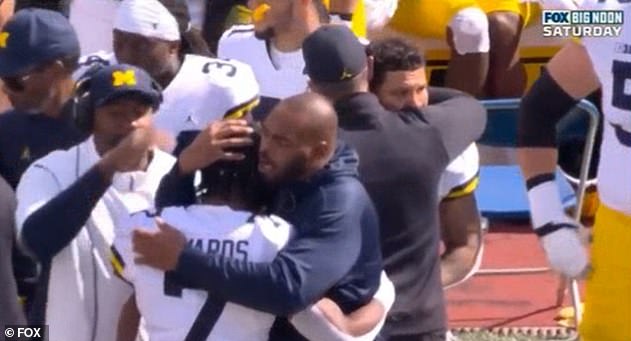 Michigan running backs Donovan Edwards (L) and Blake Corum (CR) were consoled after their position coach, Mike Hart, was carted off on a stretcher before being taken to a local hospital 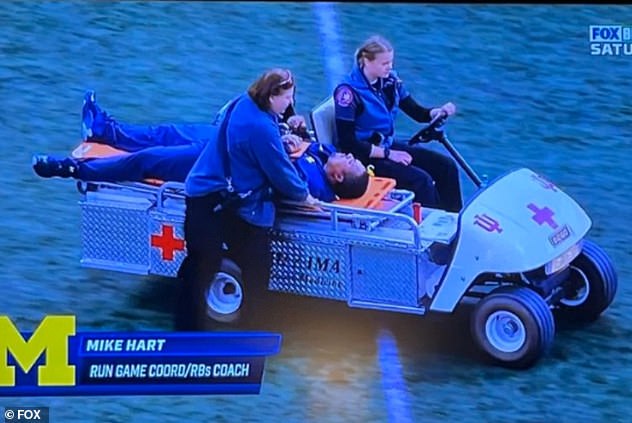 Hart is the run game coordinator, as well as the running backs coach for the Big 10 school

Hart is a Michigan alum and played running back for the maize-and-blue before being drafted in the sixth round of the 2008 NFL Draft by the Indianapolis Colts.

The 36-year-old finished fifth in the Heisman Trophy during the 2006 season and was a three-time first-team All Big Ten.

Hart left Michigan with 1,015 rush attempts and 5,040 rushing yards — which were, and remain, school records. 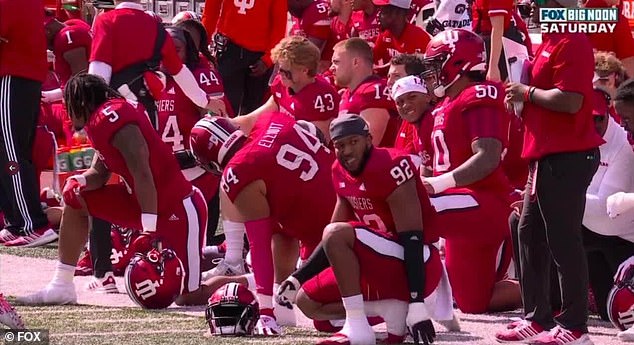 Indiana players took a knee as Hart left the field, with some of his former players on the team