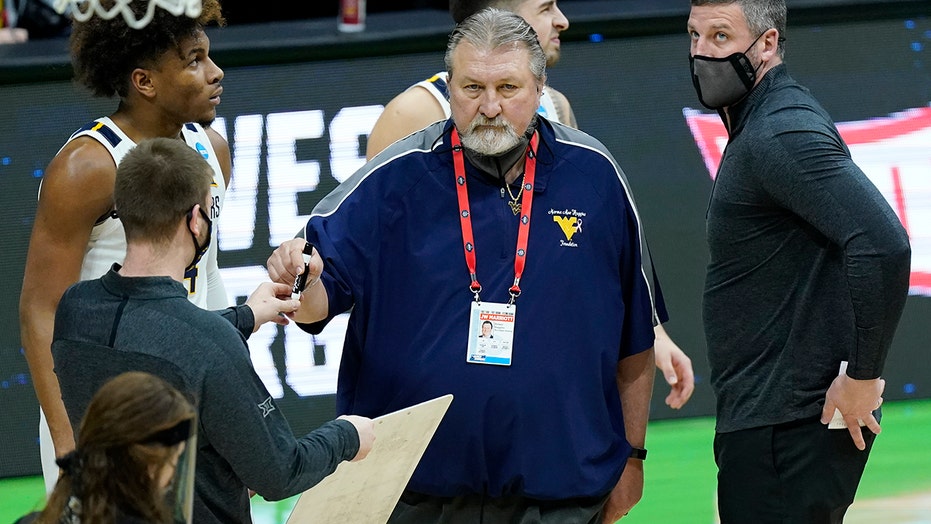 Miles McBride scored 18 of his 30 points after halftime to help West Virginia pull away and beat Morehead State 84-67 on Friday night in the first round of the NCAA Tournament, giving coach Bob Huggins his 900th career victory.

McBride was terrific from the start and provided a steady offensive hand all night for the third-seeded Mountaineers (19-9) in the Midwest Regional matchup. The 6-foot-2 sophomore made his first five shots and finished 11 for 17 from the floor with six rebounds and six assists, sending West Virginia on to face No. 11 seed Syracuse.

The Mountaineers needed that big night, too, with No. 2 scorer Derek Culver struggling offensively until deep into the game. West Virginia also struggled to consistently get stops against the hot-shooting Eagles (23-8), who had far less trouble putting the ball in the net than they did protecting it.

Morehead State shot 52% and made 10 of 19 3-pointers. But the Ohio Valley Conference champion Eagles came into the game averaging a 22.9% turnover rate to rank near the bottom of KenPom’s national stats, then committed 18 on Friday night that the Mountaineers converted into 24 points.

DeVon Cooper scored 21 points to lead the 14th-seeded Eagles, who were making their first tournament appearance in a decade.

West Virginia shot 55% after halftime and 51% for the game, with McBride going 6 of 9 after the break to finish within one point of tying his career high.

When it was over, West Virginia players began hugging Huggins to celebrate the milestone win, with the embrace growing bigger and bigger until it was a group jumping around on the court.

Morehead State: The Eagles stood at 4-6 after a loss at Clemson shortly before Christmas, only to run off 19 wins in 20 games. That included two wins against OVC regular-season champion Belmont, the second coming by 15 in the league title game behind 27 points and 12 rebounds from tournament MVP and surging freshman Johni Broome. But the Eagles couldn’t repeat their 2011 first-round upset of Louisville in their return to the NCAA Tournament despite a strong shooting night.

West Virginia: The Mountaineers entered this game with nine losses, all coming against teams that made the NCAA field of 68. But they arrived in Indianapolis after losing three of four, the last being back-to-back losses to Oklahoma State. They led by 11 early only to see Morehead State get within one early in the second half, but an 11-0 second-half burst ensured the Mountaineers would not relinquish that lead.

The Mountaineers face coach Jim Boeheim and Syracuse on Sunday.