MARADONA breaks down recalling his tough childhood during an appeal for food for the hungry during coronavirus.

The former Naples and Barcelona star begged people to show solidarity with an organisation called Corazones Solidarios, which supports those struggling to put food on the table. 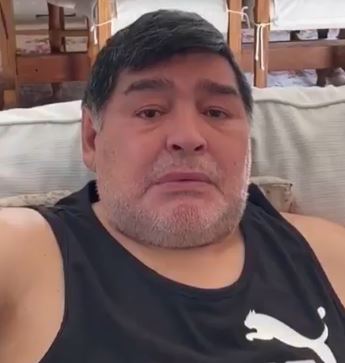 A post shared byCorazones solidarios (@corazonessolidarios.zn) on May 15, 2020 at 5:39pm PDT

And his voice cracked with emotion as he remembered his own tough upbringing in Villa Fiorito in Greater Buenos Aires.

Maradona, who has battled weight problems as well as a highly-publicised cocaine addiction, recalled his beloved late mum known in Argentina as Dona Tota as he said: "All my love to Corazones Solidarios.

“All my affection, all the love of my old mum.”

Ending his address with a thumbs-up as his eyes welled up with tears, he added: “Help, help to feed people. This is no show because in Fiorito I suffered more than just the cold.”

Maradona, who once claimed to have been abducted by aliens, was spared another management failure last month after his Argentinian top-flight side Gimnasia Y Esgrima La Plata were saved from relegation following the suspension of football because of the coronavirus crisis.

The 59-year-old admitted it was being seen by many as another ‘Hand of God’ in reference to his infamous first goal in the 1986 World Cup in Mexico against England. 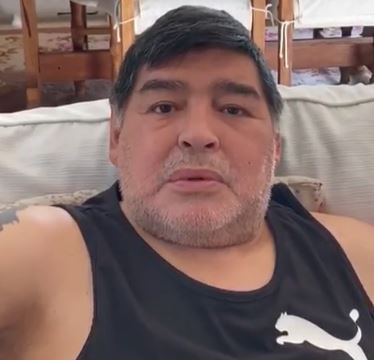 But he added: “Today I ask for that hand again for the time this pandemic is over and people can begin to live their lives again, with health and happiness.”

Days earlier he had claimed the restart of football with fans on the terraces would be like “seeing your girlfriend again after a month’s holiday.”

Maradona has spent Argentina’s coronavirus lockdown at his home on a private estate in Bella Vista near Buenos Aires Golf Club, around an hour and a half’s drive away from the city of La Plata where Gimnasia is based.