DECLAN RICE says he has never been happier at West Ham – even though he has rejected two new contract offers from the club.

Rice has been tracked by Manchester United, Manchester City and Chelsea as he continues to lead West Ham’s charge to establish themselves as one of the top clubs in England. 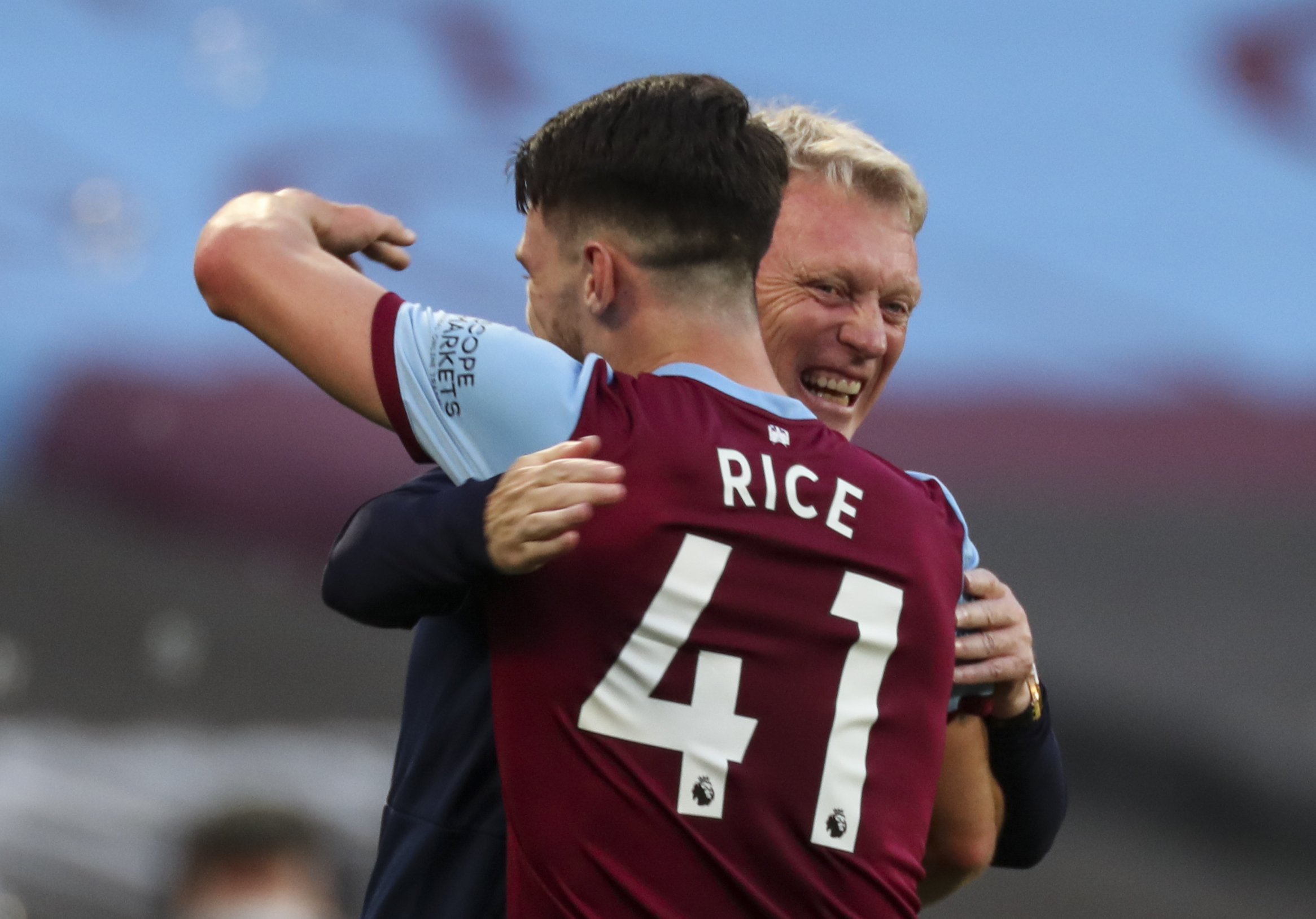 Having snubbed two deals over the summer, many expect the 22-year-old to be pushing for the exit at the end of the season.

But the England star dismisses suggestions he is unhappy at the London Stadium and said there is no place he would rather be.

“I feel you can see in my performances nothing’s up, nothing’s concerning me. I’m playing with a smile on my face, I’m going out there, I’m leading the team.

“I think you could see a difference if I wasn’t going out there and giving 100 per cent.

“I feel like the mentality around the place that every competition that we're entering is one that we can go on and win for sure.

“And to the fans – well you can obviously see how happy I am on the pitch and there's nothing too much to say other than that.

Rice will lead the Hammers against Rapid Vienna on Thursday looking to help them make it two wins from two in the Europa League.

And asked if this is the happiest he has ever been at West Ham, he said: "Yes, I would 100 per cent say so because I've played in teams here that have fought relegation and been mid-table.

“But in the last two seasons, what the manager has built for us, and what we've bought into as players, has been amazing.

“It's a place where you wake up in the morning and you look forward to going in and having breakfast with the lads.

“Honestly, it's such a great place to be around at the moment. With the results and how well we're doing makes it that bit more special.”

There have been no concerns for David Moyes that his best player would take his eye off the ball – and the boss even made a huge claim about just how good the youngster is.

Moyes said: “I don’t like saying it in front of him but he’s arguably one of the best young midfield players in Europe, if not the best.

“If you’re in that position every time he plays he’s got a responsibility for himself. He plays for England. Every time he turns out he has to play really well. There’s pressure on him enough.

“He gets told off enough by me as well, so he has to live with that as well. But overall we’re really happy with Declan and what he does. His performances have been excellent and I hope it continues.”