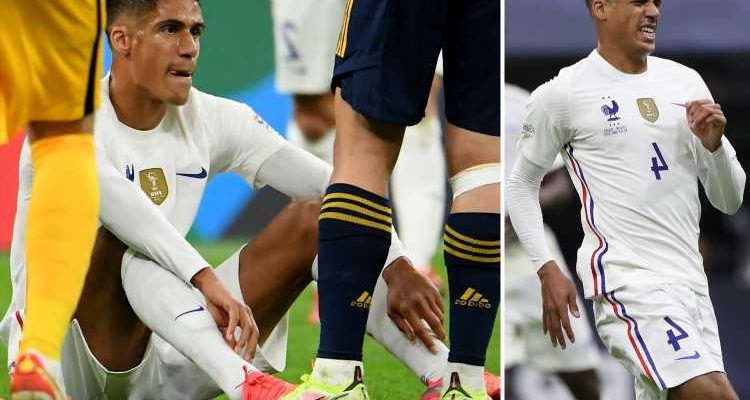 MANCHESTER UNITED have been dealt a potential injury blow after Raphael Varane limped off against Spain.

The France defender, 28, lined up for his country in tonight's Nations League final. 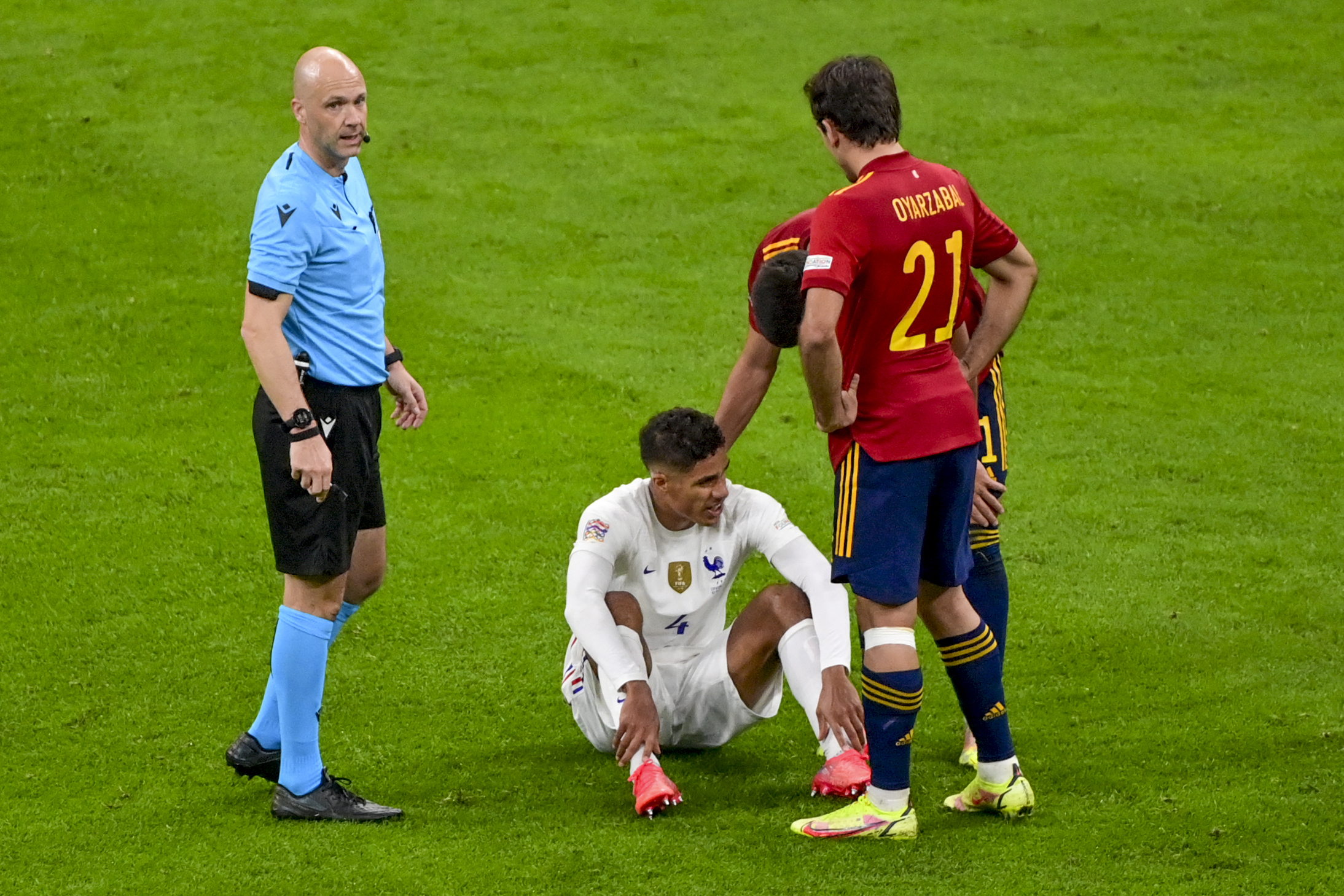 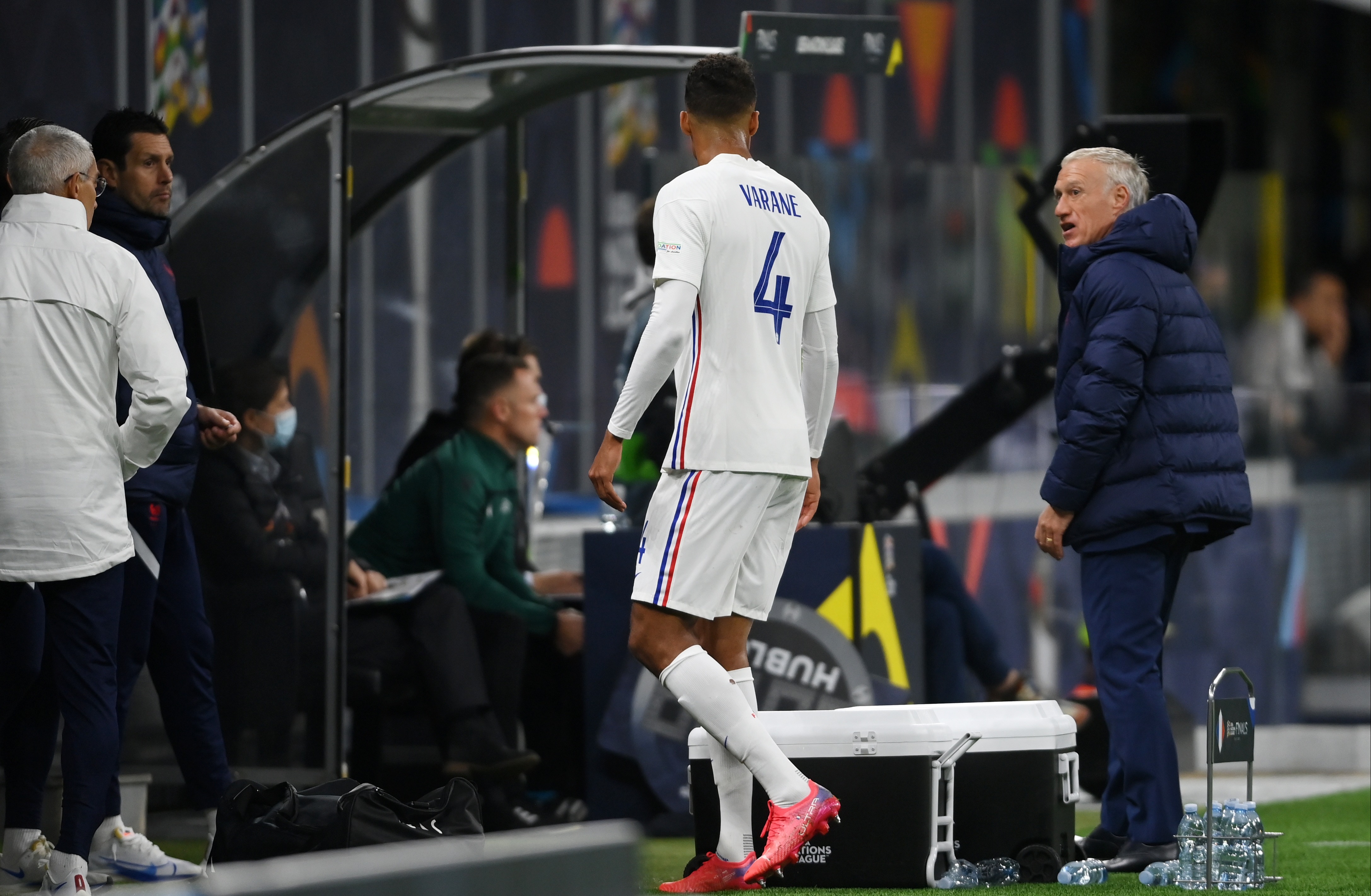 But as the first-half drew to a close, Varane went down without anyone around him.

Replays suggested the centre-back had stretched too much for a loose ball.

And medics rushed across the field to give him treatment.

However, Varane was unable to carry on playing.

And he was subbed off, with Bayern Munich's Dayot Upamecano replacing him.

The World Cup winner moved to Old Trafford from Real Madrid for £40million over the summer.

And Varane has made seven appearances in all competitions.

Ole Gunnar Solskjaer will now be saying his prayers as captain Harry Maguire is also out injured.

Victor Lindelof has already come into the side as a result.

And should Varane be sidelined as well, either Eric Bailly or Phil Jones will need to be called upon this weekend.