ASTON VILLA new boy Lucas Digne has bid an emotional farewell to Everton, and in doing so taken a swipe at Toffees boss Rafa Benitez.

Digne and Benitez were involved in a bust-up that led to the 28-year-old wanting to leave the club. 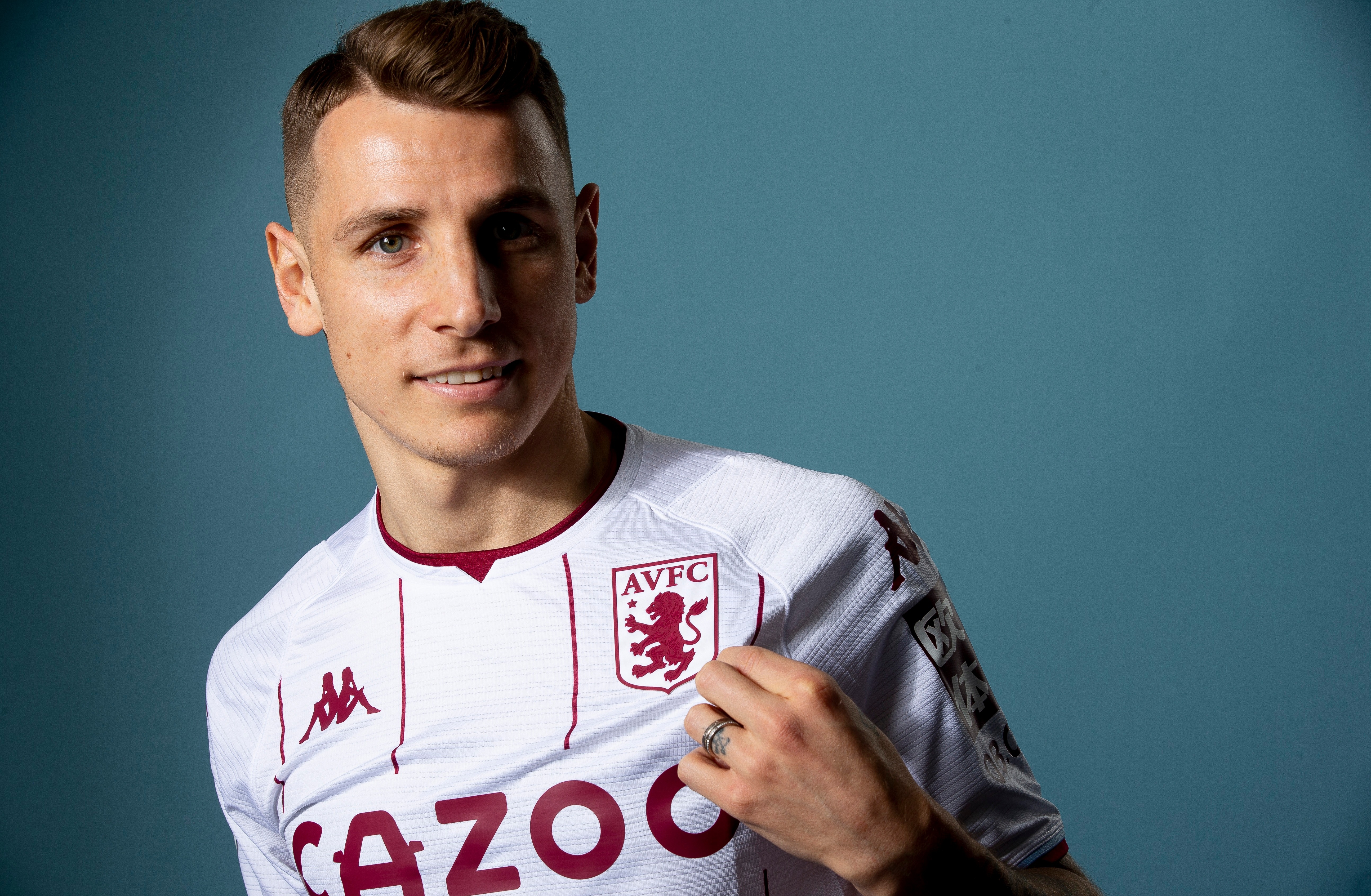 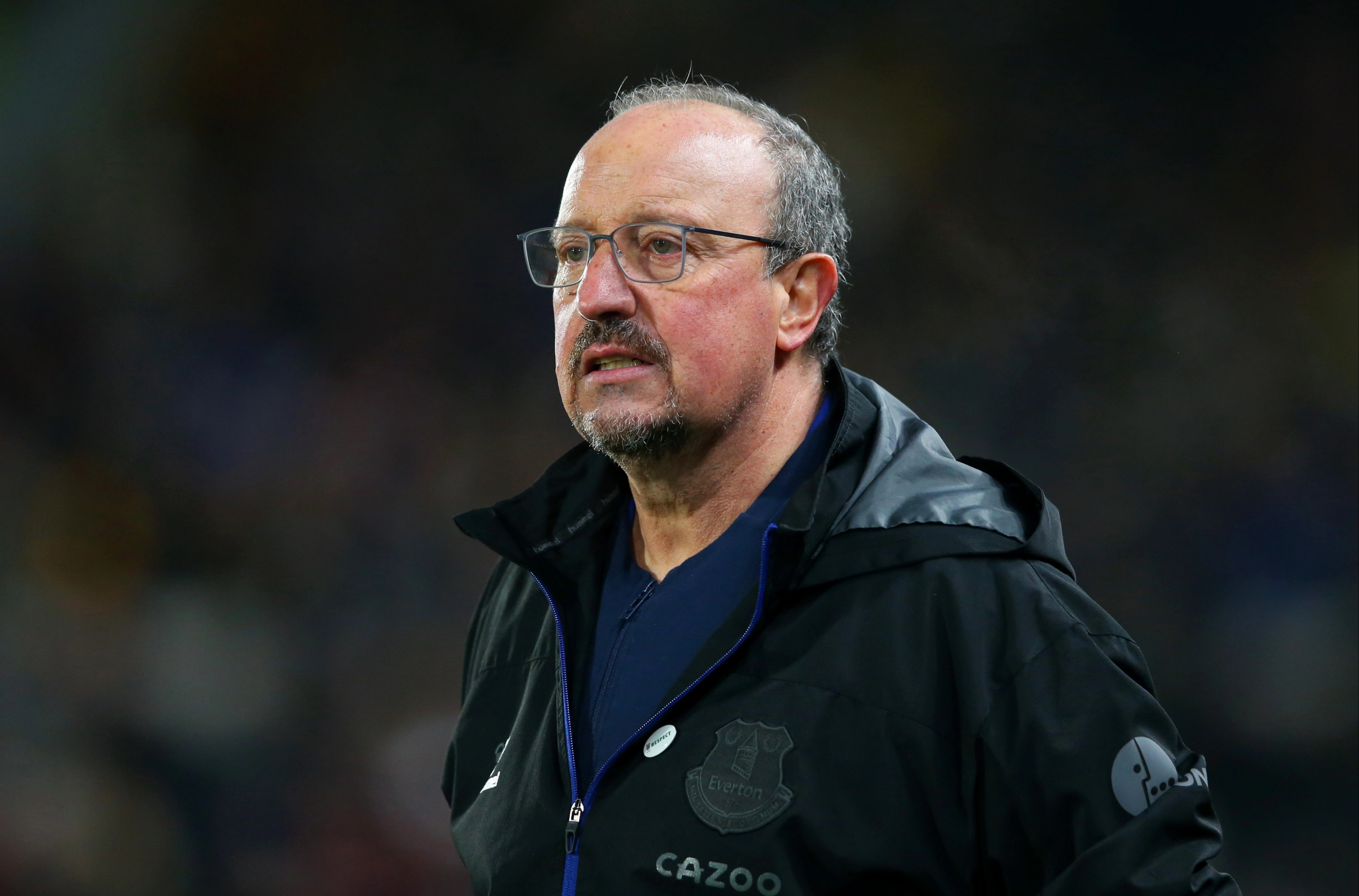 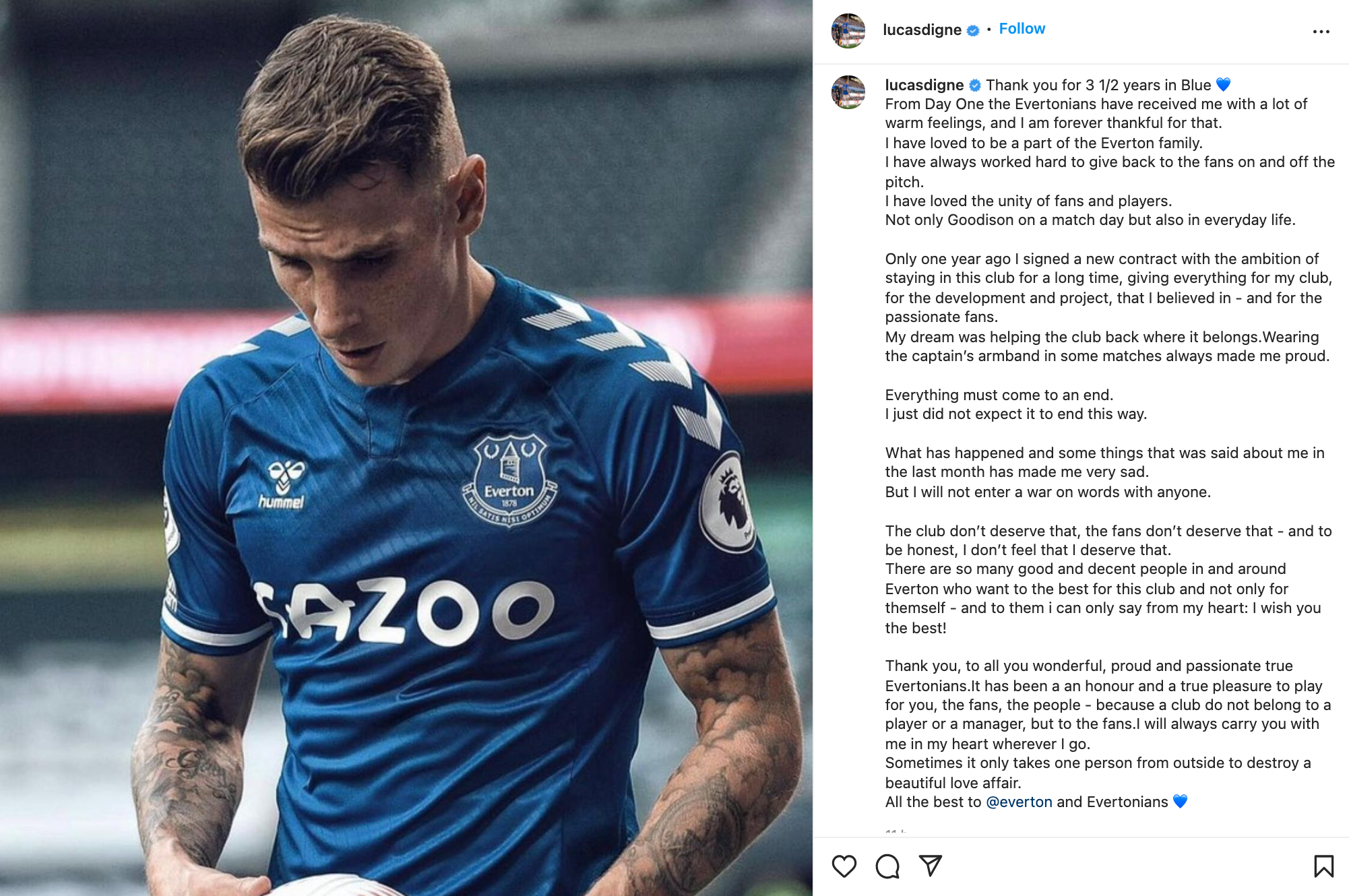 But Digne has hinted in an emotional farewell on Instagram that he originally had intentions of staying at Everton long-term, given he signed a new contract less than a year ago.

It's a major hint that Benitez is the man who forced him out the door at Goodison Park after the pair were involved in a spat.

Digne wrote: "Only one year ago I signed a new contract with the ambition of staying in this club for a long time, giving everything for my club, for the development and project, that I believed in – and for the passionate fans."

The left-back also went on to say that he 'did not expect' to leave in the circumstances he has done – in another swipe at Benitez.

Digne also confessed that he felt he has been on the end of some harsh treatment, with Benitez the prime suspect.

He has been frozen out for a number of weeks, and not featured for the Toffees since the 4-1 Merseyside Derby defeat to Liverpool on December 1.

He continued: "Everything must come to an end. I just did not expect it to end this way.

"What has happened and some things that was said about me in the last month has made me very sad. But I will not enter a war on words with anyone.

Digne then went on to thank those involved at the club who want the best for it, and not themselves, in what seems to be another apparent shot at Benitez.

"What has happened and some things that was said about me in the last month has made me very sad. But I will not enter a war on words with anyone."

He wrote: "There are so many good and decent people in and around Everton who want to the best for this club and not only for themself – and to them i can only say from my heart: I wish you the best!

"Thank you, to all you wonderful, proud and passionate true Evertonians. It has been a an honour and a true pleasure to play for you, the fans, the people – because a club do not belong to a player or a manager, but to the fans."

Digne made 127 appearances in total for Everton after joining from Barcelona in 2018.

But Benitez has decided to cash in to raise funds for much-needed reinforcements.

Vitaly Mykolenko has been recruited for £17m from Dynamo Kiev, with Nathan Patterson also signing from Rangers in a deal worth up to £16m.

Anwar El Ghazi is also set to move in the opposite direction to Digne according to reports, and swap Aston Villa for Everton.