The Brazilian midfielder reckons the Reds ace is "destroying" the Premier League with his 12 assists and two goals in 29 games this term. 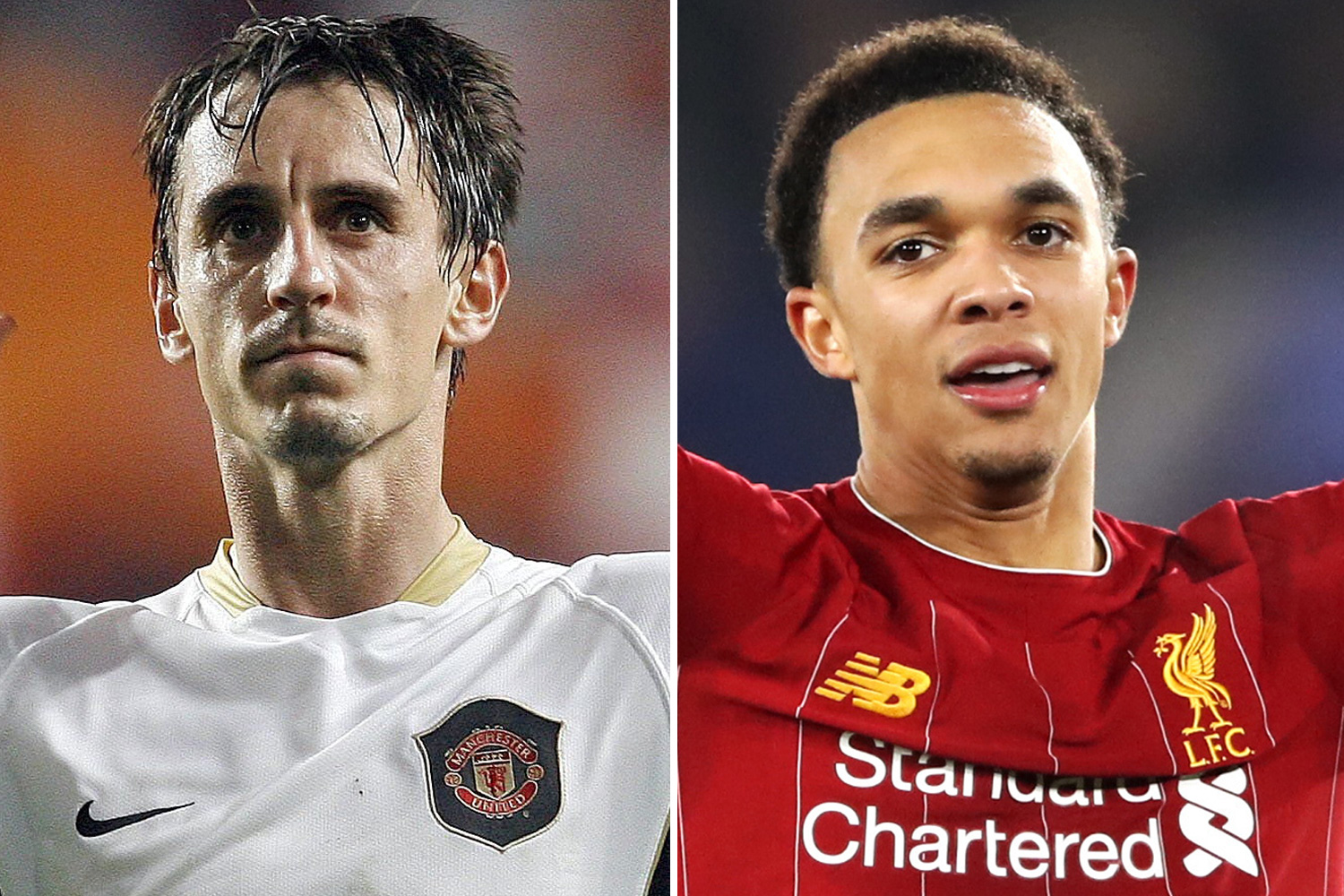 Rafael played alongside Neville during his seven years at Old Trafford and believes his former teammate has sent the bench mark for all youngsters coming through the ranks.

But in a blow to Red Devils fans, the 29-year-old has predicted that Alexander-Arnold will eventually pip the Manchester maestro as the best full-back in the English top-flight.

"At the moment he’s just destroying the Premier League with assists, with everything. I have to be honest. So if he keeps going like that he’s going to pass Gary Neville as a footballer.

"When Gary Neville was young he maybe didn’t have the same qualities, wasn’t doing the same things that Alexander-Arnold was doing but he kept doing what he did for 12-13 years in Manchester and England.

"I hope Alexander-Arnold keeps playing well, not against Manchester United for sure, but if he keeps doing that he will for sure pass Gary Neville."

In January the Anfield ace became the first ever defender to register 10 assists in two separate seasons and in doing so he equalled Cesc Fabregas' all-time record.

But Alexander-Arnold has a long way to go to reach the great heights of Neville.

The former defender, 45, spent his entire career at Old Trafford, coming through the academy as part of the Class of '92 before making 602 first-team appearances.

He won 16 major trophies under Sir Alex Ferguson's guidance in a career that spanned 19 years and saw him earn 85 England caps.