LIVERPOOL and Tottenham are the Real deal.

On June 1, inside Atletico Madrid’s Wanda Metropolitano stadium, an English club will lift the Champions League trophy for the first time since Chelsea in 2012. 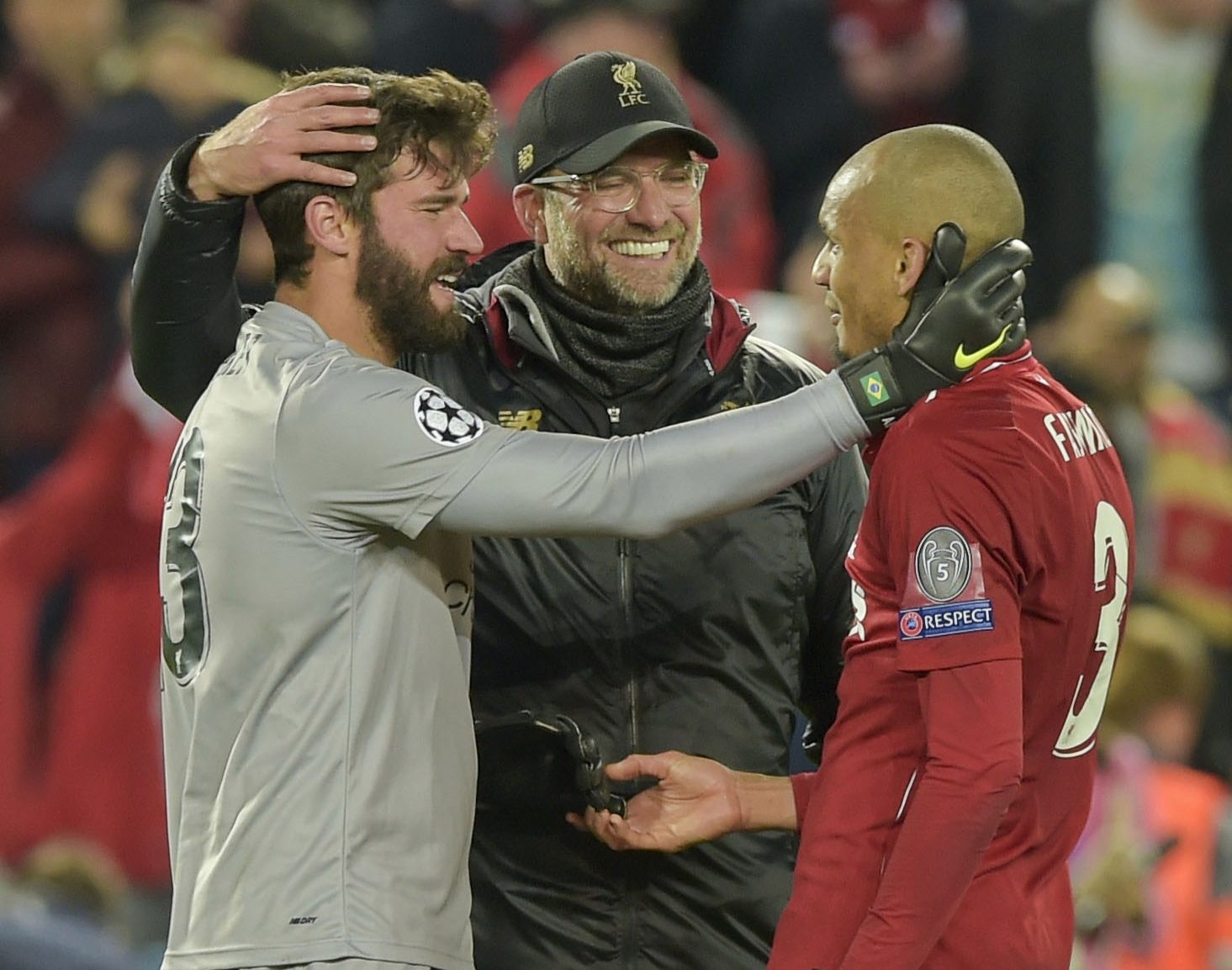 The crisis at Real Madrid, the club who monopolised the tournament by winning it in four of the past five seasons, has given English football a free hit.

Tottenham and Liverpool, this season’s finalists, have knocked the world’s biggest club out of the park.

Real’s complete obsession with winning this thing, along with buying up the players best suited to continental competition, saw them lift the trophy three times in a row under boss Zinedine Zidane.

His departure last summer — before a rapid return in March — opened up the field, with English football sensing an opportunity to muscle in again on the biggest club trophy of them all.

They have done that, leaving some of the greatest names in the history of European football licking their wounds.

Liverpool — five-time winners (you’ll be reminded of that a few more times before June 1) — and Spurs saw them all off.

Every top player wants in, to pull on those jerseys with the Premier League patches, and to work under two of the most-progressive coaches in the sport.

The Premier League possesses some of the sharpest, most-demanding tactical and coaching minds in the world.

Liverpool’s Jurgen Klopp, Spurs’ Mauricio Pochettino and Manchester City’s Pep Guardiola are three of them. Ole Gunnar Solskjaer at Manchester United, not so much.

Klopp, squeezing the pips out of his squad to also take them within a whisker of the Premier League title, has assembled a frighteningly good group of players.

They paid big bucks, lining the pockets of agents last year to the tune of £45m, to make sure they got the jump on the opposition. Money talks.

Alisson, in goal for Roma in their crazy 7-6 semi-final defeat against Liverpool last season, moved to Anfield last summer.

Roma, 16th in the Forbes Money League of world football clubs, cannot compete with the wages being tossed around at Anfield these days. 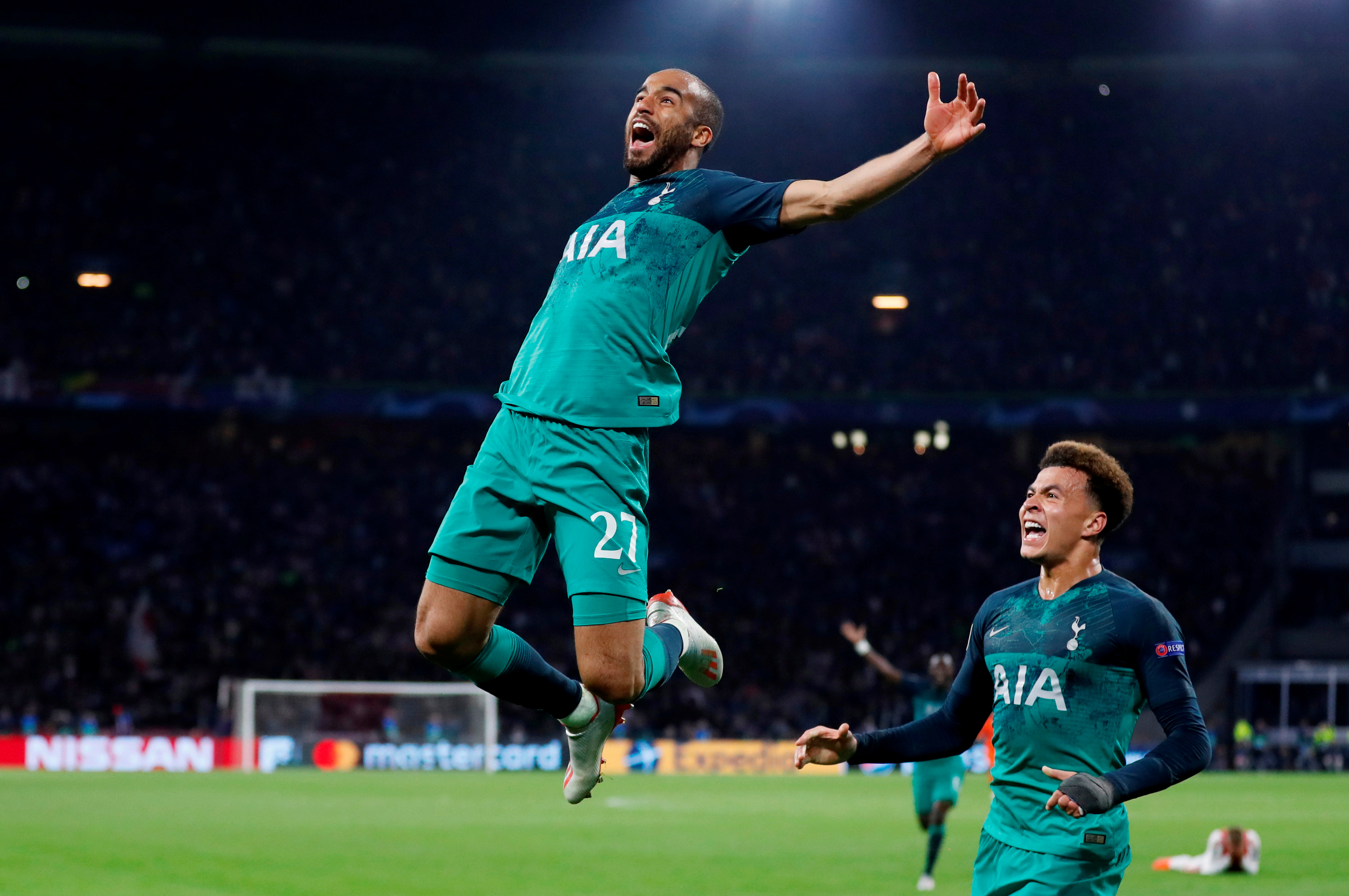 Competition in England is fierce and unyielding.

Spurs have been a slow-burner, with Poch and chairman Daniel Levy building their 25-man squad to exacting, scientific standards.

They saw off Manchester City in the quarter-finals, scraping past Pep’s £1.8bn super squad when they drew 4-4 on aggregate to go through on away goals.

Pep, a two-time Champions League winner at Barca, is three years into his City career and has yet to make an impact in Europe.

Competition in England is fierce and unyielding, with Pep’s players forced to focus on the title run-in because of Liverpool’s staggering form.

Nobody gets an easy ride here. On the continent, the big teams are suffering without serious competition.

Barca are nine clear of Atletico in La Liga — and 15 ahead of Zizou’s transitional Real Madrid.

Bayern overhauled Borussia Dortmund in the Bundesliga and are about to win their seventh successive domestic title.

ENG IT TO WIN IT

Despite a series of near misses under Massimiliano Allegri, Juventus still cannot crack the Champions League.

In Serie A, they are 16 points clear of Napoli and have secured an eighth Scudetto on the spin.

In France, joke of a league that it is, PSG are 16 points clear of nearest-rivals Lille.

The Qatari-backed club, knocked out by Manchester United in Europe this season, have lifted the Ligue 1 title in six of the last seven seasons.

It should keep them fresh for the treacherous Champions League ties — but they are being out-run by super- competitive English teams.

This summer Liverpool and Spurs will be caked in cash, with more than £100m each heading their way after these amazing European runs.

They will use it wisely, investing in better players and stocking their squads with the world’s top talent. With that strategy, they are here to stay.

THE list of footballers available on frees could fill a room with all the trophies they have won during their glittering careers.

David Luiz, Juan Mata, Vincent Kompany and Ander Herrera are some of the storied names who are out of contract at the end of the season.

They all have secure financial futures but spare a thought for some of the less celebrated names who will spend the summer working out what comes next.

Among the hundreds of players released at the lower level are the likes of Plymouth Argyle duo Jordan Bentley and Dan Rooney, who face uncertain futures.

Bentley, just 20, has been forced to retire due to persistent injury problems and Rooney, also 20, is looking for a new club after his release.

These are young lads, heading out into the unknown after chasing the dream to become pro footballers.

Working out what to do, or where to go next, is a big call for hundreds of players this summer. 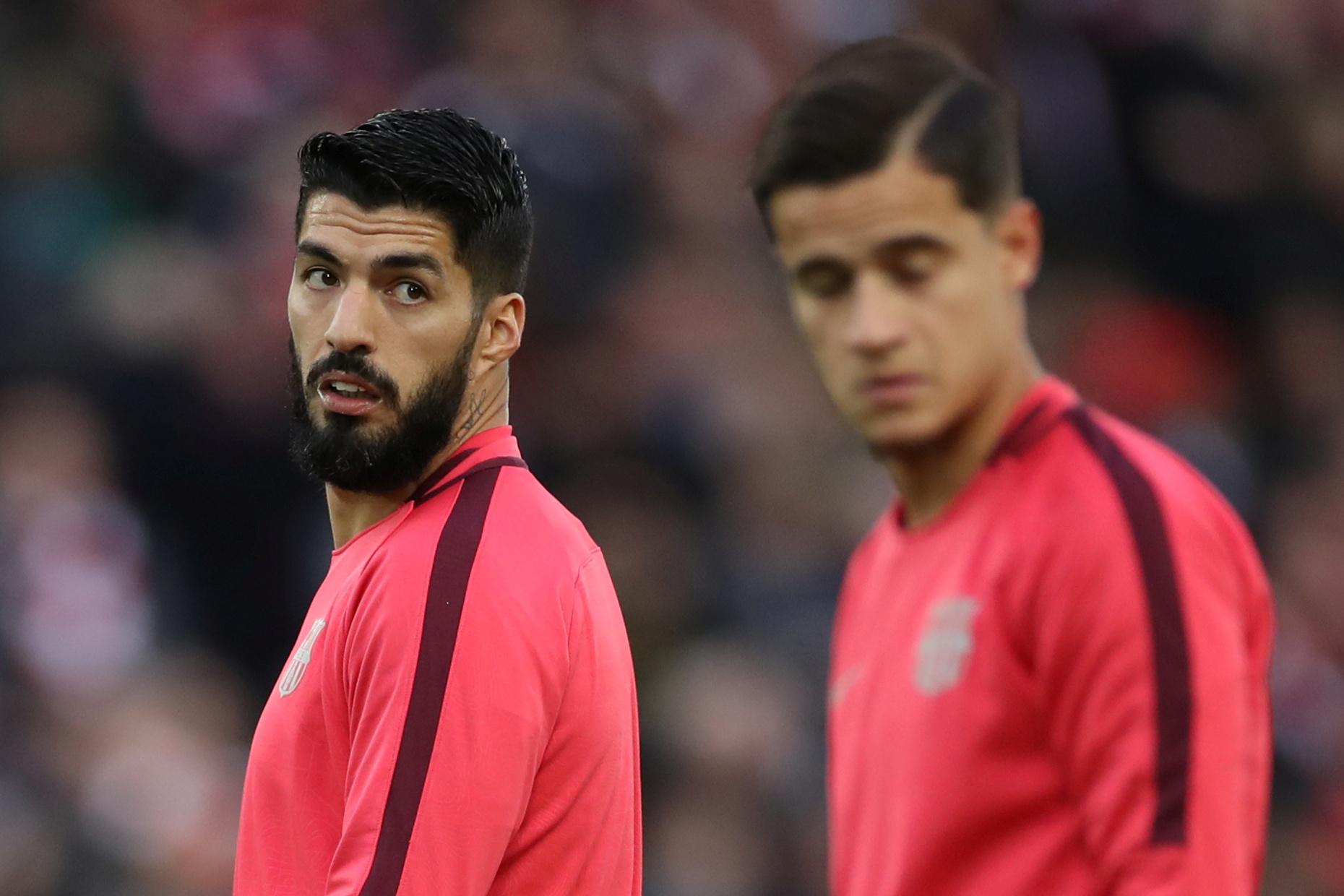 IT is a shame Luis Suarez, Philippe Coutinho and Lionel Messi all got the bird from Liverpool fans at Anfield.

Suarez and Coutinho were magnificent players for Liverpool, respected by the Kop before they were spirited away by Barcelona.

Liverpool fans know Uruguay striker Suarez is a rascal, that he will try anything to get a competitive advantage when the 90-minute war begins.

Brazilian Coutinho is mild-mannered but found unnecessary stick rolling off the stands his way during Liverpool’s momentous comeback.

Messi is one of the sport’s all-time greats and although that does not mean immunity, he still commands respect.

England’s semi-final against Holland is on June 6, just five days after many of his players will have given their all in the Champions League final.

Three Lions stars selected will get ONE day off before having to report for duty on Monday, June 3.

With a parade planned for the Champions League winners in London or Liverpool, it provides further issues for Southgate, who hopes for no injuries by the end of the season.