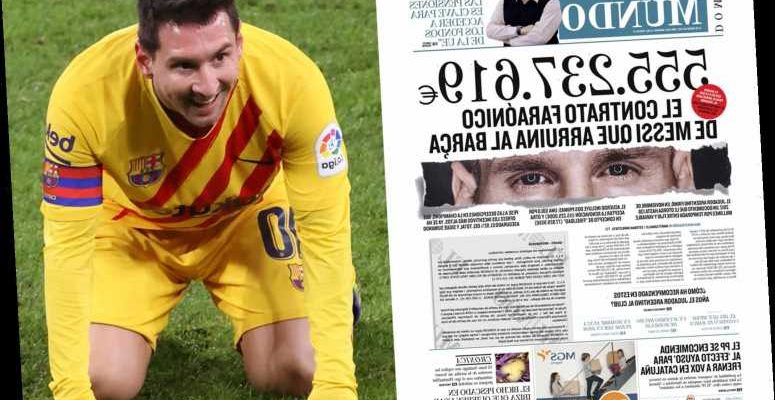 LIONEL MESSI'S Barcelona contract is worth just shy of £500million and is the biggest deal in sporting history, leaked documents suggest.

The Argentine great, 33, is coming towards the end of his latest four-year deal at the Nou Camp. 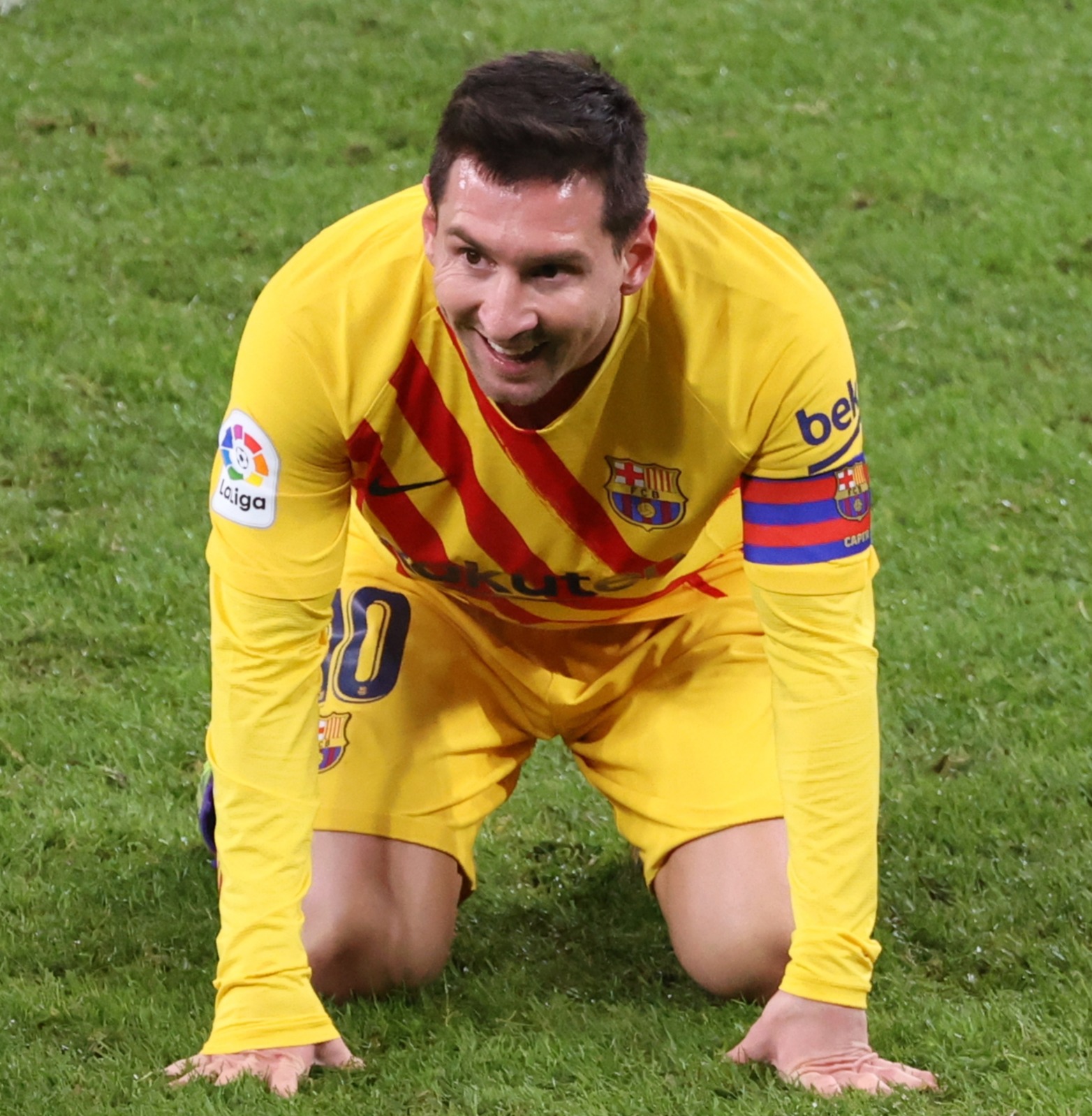 And Spanish newspaper El Mundo reported the total value is €555,237,619 – or £492m – after claiming to have obtained a copy of the 30-page confidential paperwork.

That is made up of a fixed salary, image rights, variables as well as the tax that Barcelona have had to pay and trumps NFL star Patrick Mahomes' £402m deal with Kansas City Chiefs.

Messi's bumper contract, therefore, is worth on average up to £123m per year with all the bonuses included.

One of those bonuses was a £102m 'renewal fee' simply for signing on the dotted line in November 2017.

He then pockets an extra £69m each year as a 'loyalty bonus' for staying at the club.

Messi tried to quit Barca last summer by attempting to trigger a clause in his contract allowing him to leave for free.

But after threatening legal action, he made a dramatic U-turn to see out the final year.

He is, though, expected to leave after 20 years this summer with Paris Saint-Germain and Manchester City among the mega-rich clubs hoping to land the six-time Ballon d'Or winner.

Speaking in December, he admitted he still 'doesn't know' what he will do at the end of the season.

Messi, who is free to talk to other clubs now, said: "I know there are a lot of people at Barca who still love me, but I'm going to do what is best for the club and for myself.

"Besides, I want to live in Barcelona and be involved in the club in some way when I retire.

"I don't know if I'm going to leave, but if I do, I would like to leave in the best way possible and be able to return to the club in the future.

"Barcelona are much bigger than any player. I hope that every time the club have to, they will do good things to lift important titles."

That includes a short-term debt of £638m, £236m of which needs to be paid back to various banks and financial institutions before June 30. 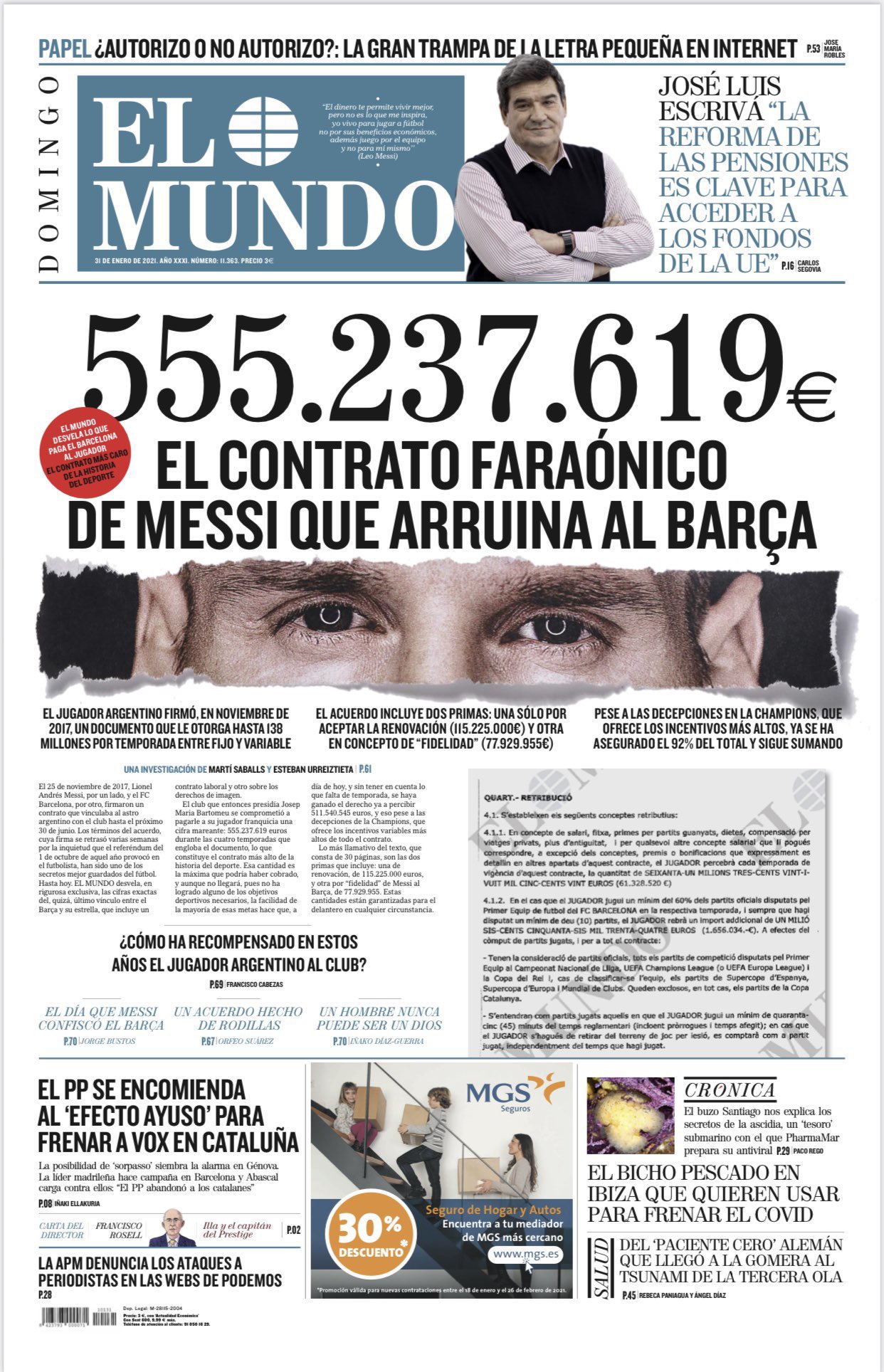 Oklahoma Man Cut Neighbor's Heart Out And Cooked It With Potatoes For His Family Before Killing Them Too: Police
Celebrities