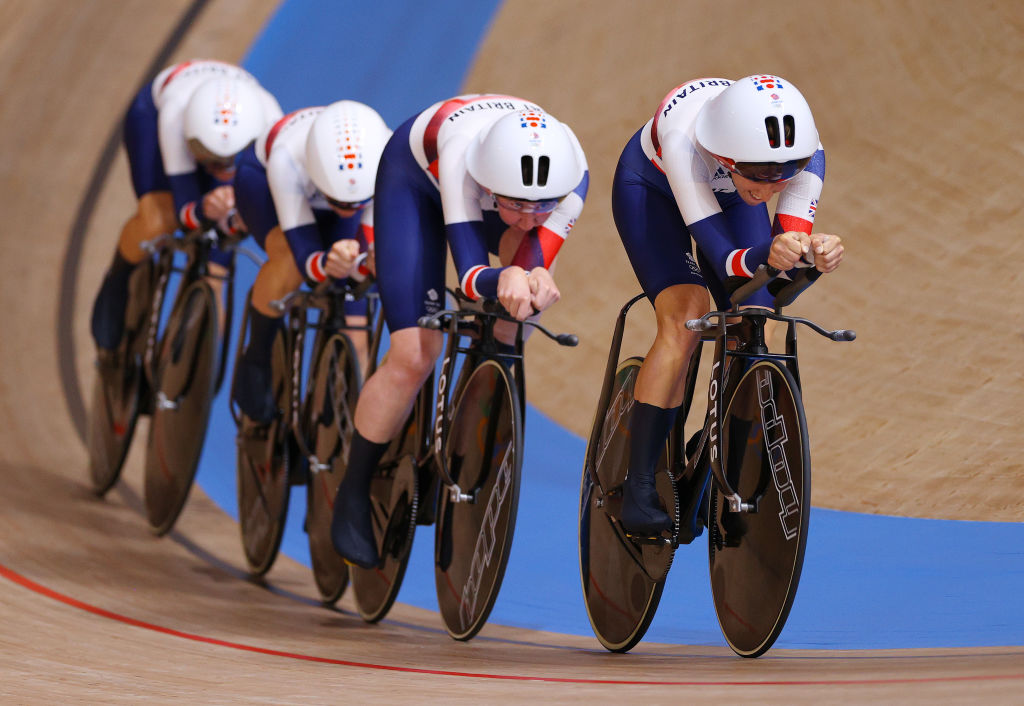 Laura Kenny’s hopes of adding to her Olympic gold medal collection were dashed by an awesome German team who dominated the final of the women’s team pursuit, setting a new world record in the process.

Kenny had won gold in every Olympic event she had entered prior to this race and began the Games with the potential to reach seven golds and perhaps become Britain’s most decorated Olympian.

But though the two teams had been closely matched in qualifying and in the first round, Germany utterly dominated the final, stopping the clock in four minutes 04.249 seconds, winning by more than six seconds.

Both teams had broken the world record in the first round early on Tuesday, Britain setting a time of 4:06.748 before Germany responded with a 4:06.166.

Britain’s celebrations for that record had been cut short when Katie Archibald crashed into Neah Evans after the finish, and it was unclear if either rider was affected in the final as the team set a much slower time.

Evans had replaced Elinor Barker in the line-up after qualifying.

Kenny told the BBC: ‘We knew (Germany) were going to go fast, but maybe not quite that fast.’

Asked about the prospect of adding two more medals to her tally, she added:’ Yeah, I’ll just keep turning up and see what happens!”

Team-mate Evans added: ‘It’s really special. Obviously we were defending champions and there are huge expectations because we do have such a good reputation, but there are so many strong nations.

‘We came out fighting but it wasn’t to be this time.’