ELLA TOONE and England were on song as they crushed Latvia to strengthen their grip at the top of their World Cup qualifying group. 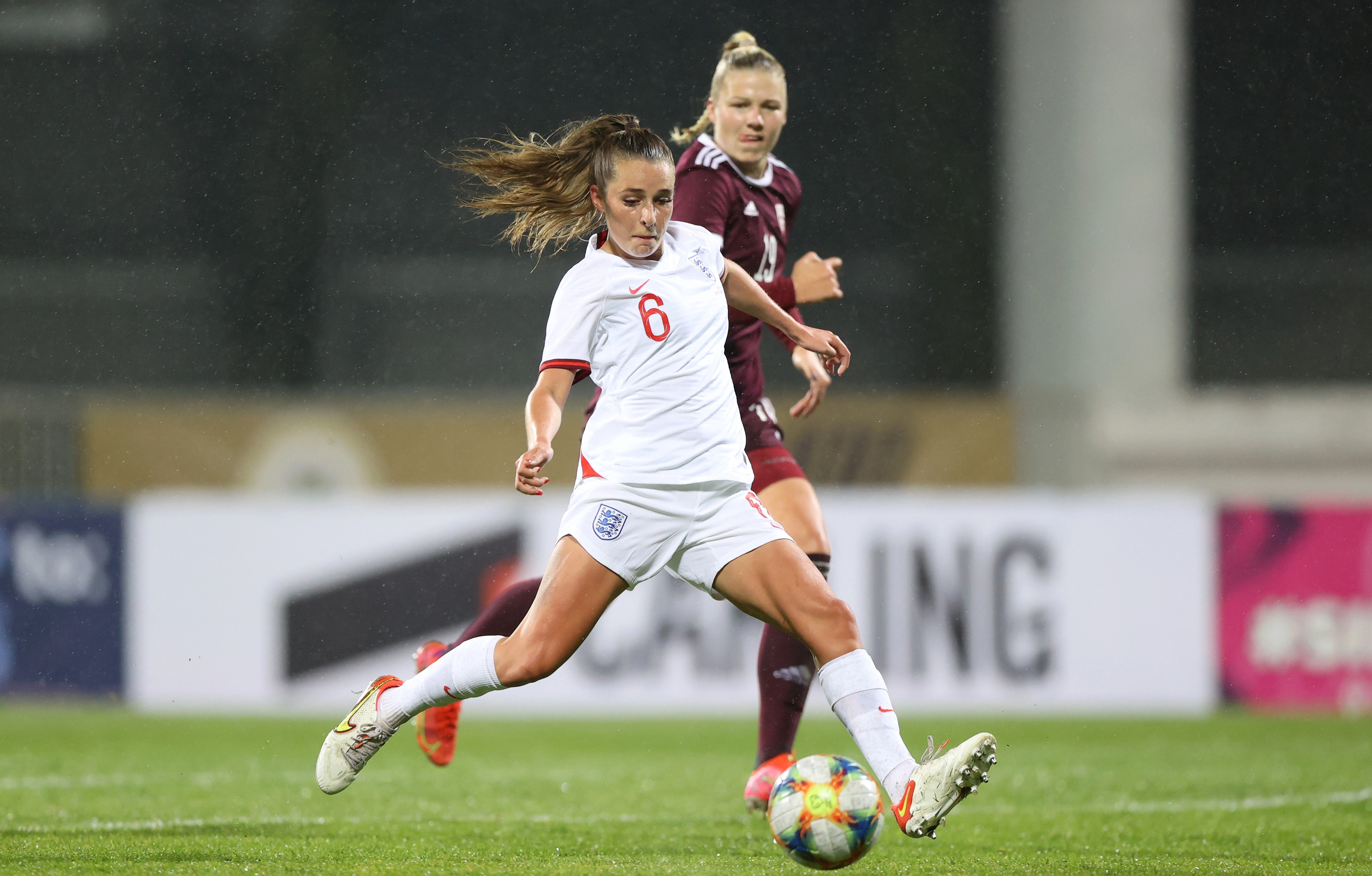 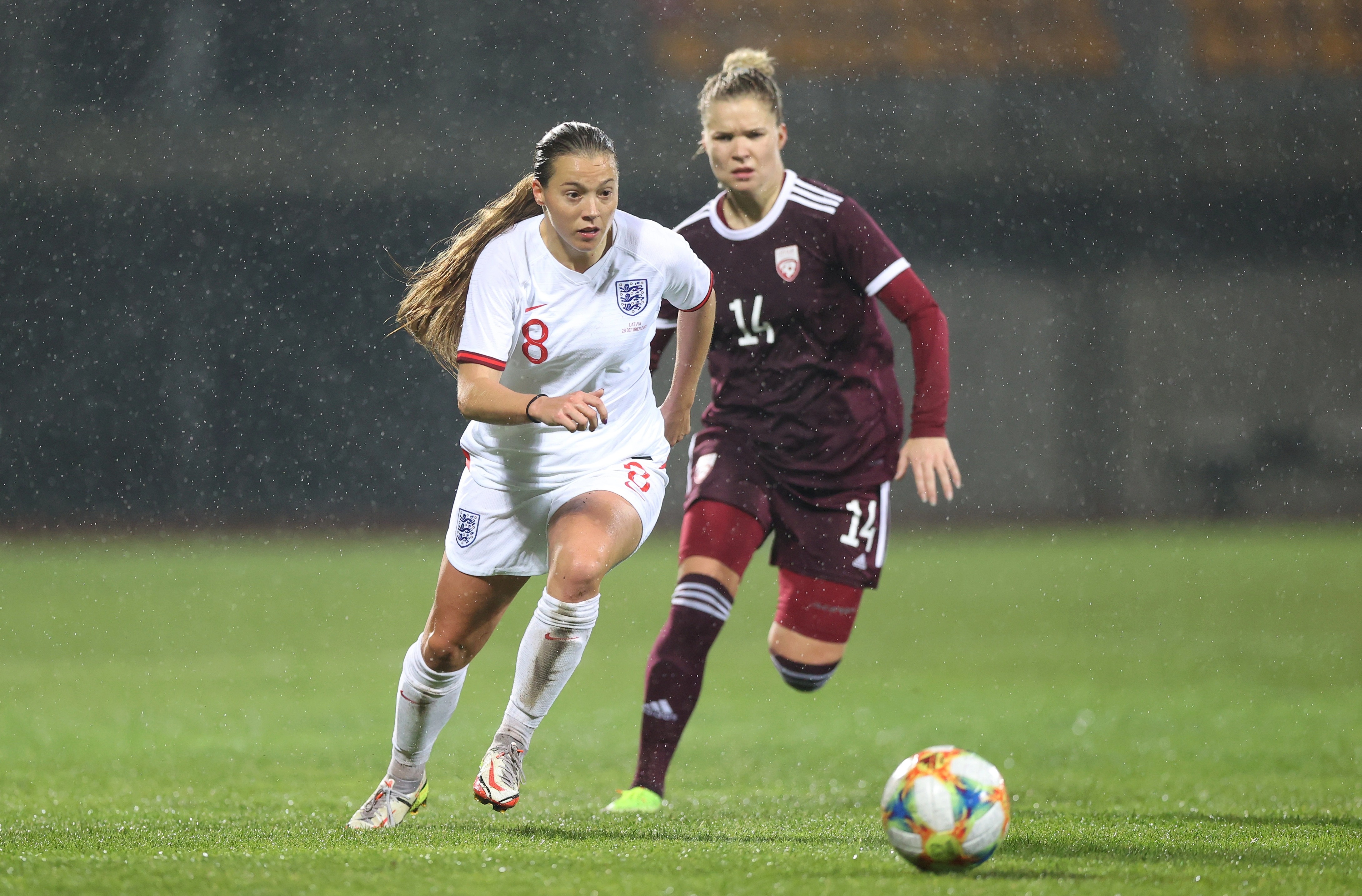 After the game, Toone said: I'm delighted that I managed to get the hat-trick, but more importantly, we got the three points which was the main thing we set out to do.

“But for me, it's been a special night and a very proud moment for me and my family.”

"I think she can do well because the whole team plays well and we have spoken about tasks and how we want to play and I think others do really well too.

"I don't know how good Ella will become, that's up to her, but she is very talented."

This is despite the striker seeing her first-half spot-kick saved courtesy of a quality stop by Latvia keeper Enija Anna Vaivode.

And the country are thought to have just 1800 registered female footballers.

That gigantic gulf in class showed within the game’s opening quarter with Toone getting the visitors off the mark early.

The Red Devils ace latched onto Lauren Hemp’s well-struck curled cross to smash in a top corner effort in the eighth minute.

And the England playmaker nabbed her second moments later at the Daugava Stadium with Fran Kirby teeing her up after being brought down in the 18-yard-box.

Such was England’s dominance over the Group D strugglers that Wiegman’s side had 85 per cent of possession in the game’s first 15 minutes.

And they picked up two more goals before the half-time whistle.

First through Ellen White scoring her 44th international goal in the 24th minute – a figure that sees her move two behind Smith’s record of 46.

Then via Millie Bright who tapped the ball home from yards out moments after the half-hour mark, following Kirby’s pinpoint free-kick.

The first-half’s closing stages saw England win a penalty after Hemp was brought down in the box.

But Latvia keeper Vaivode pulled off a fantastic double save to deny White from the spot and then Beth Mead racing through to bury the rebound. 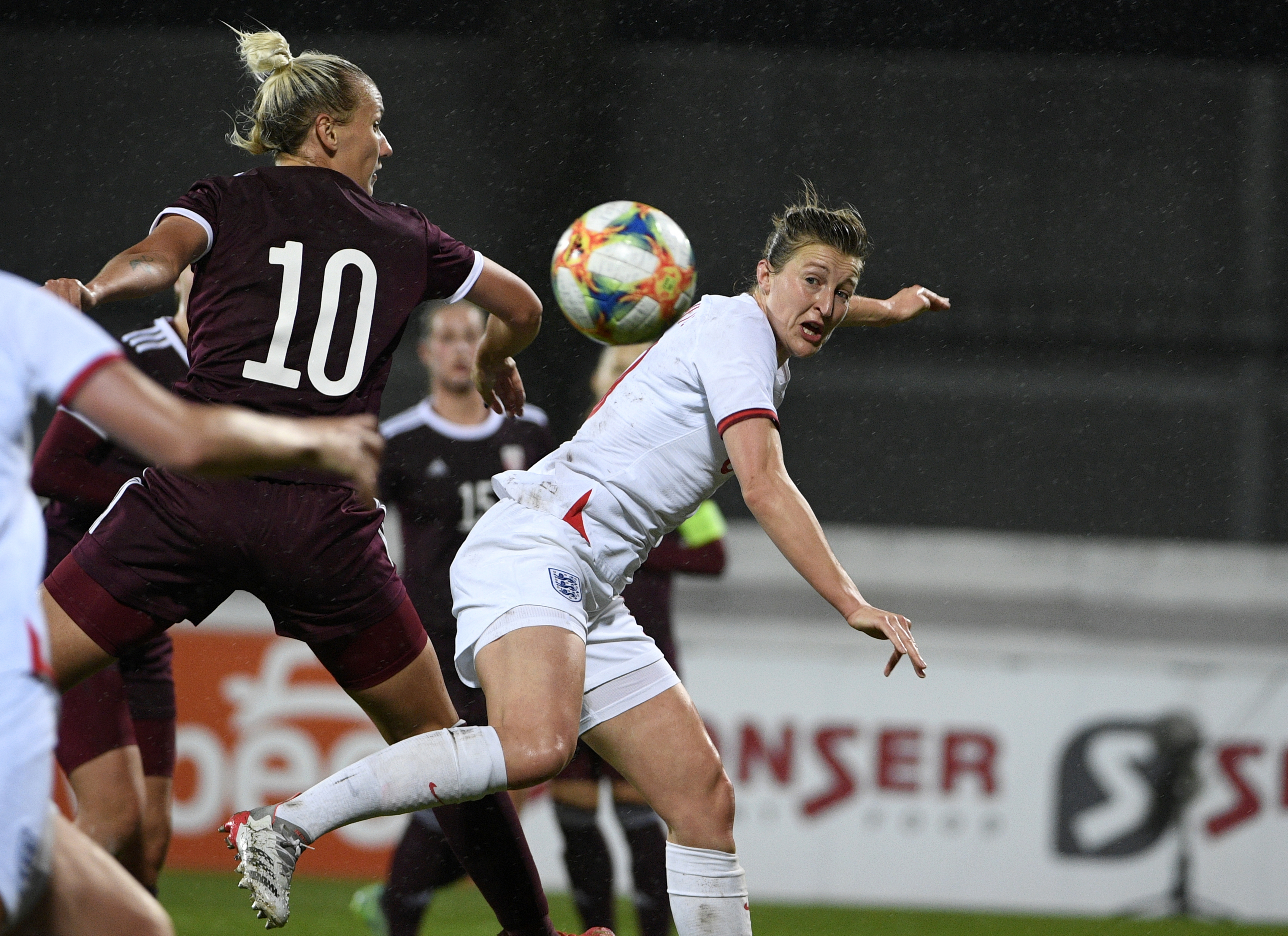 And Stanway made her mark with a swift pass to Mead with the in-form Arsenal star scoring England’s fifth of the evening from a tight angle at the far post.

Team-mate Toone picked up another goal 13 minutes later to notch up her first senior international hat-trick in the 68th minute.

From then on it was a deluge of four late goals for the visitors against the footballing minnows.

Rachel Daly netted a 70th-minute tap in before skipper Leah Williamson passed the ball in to make it 8-0. 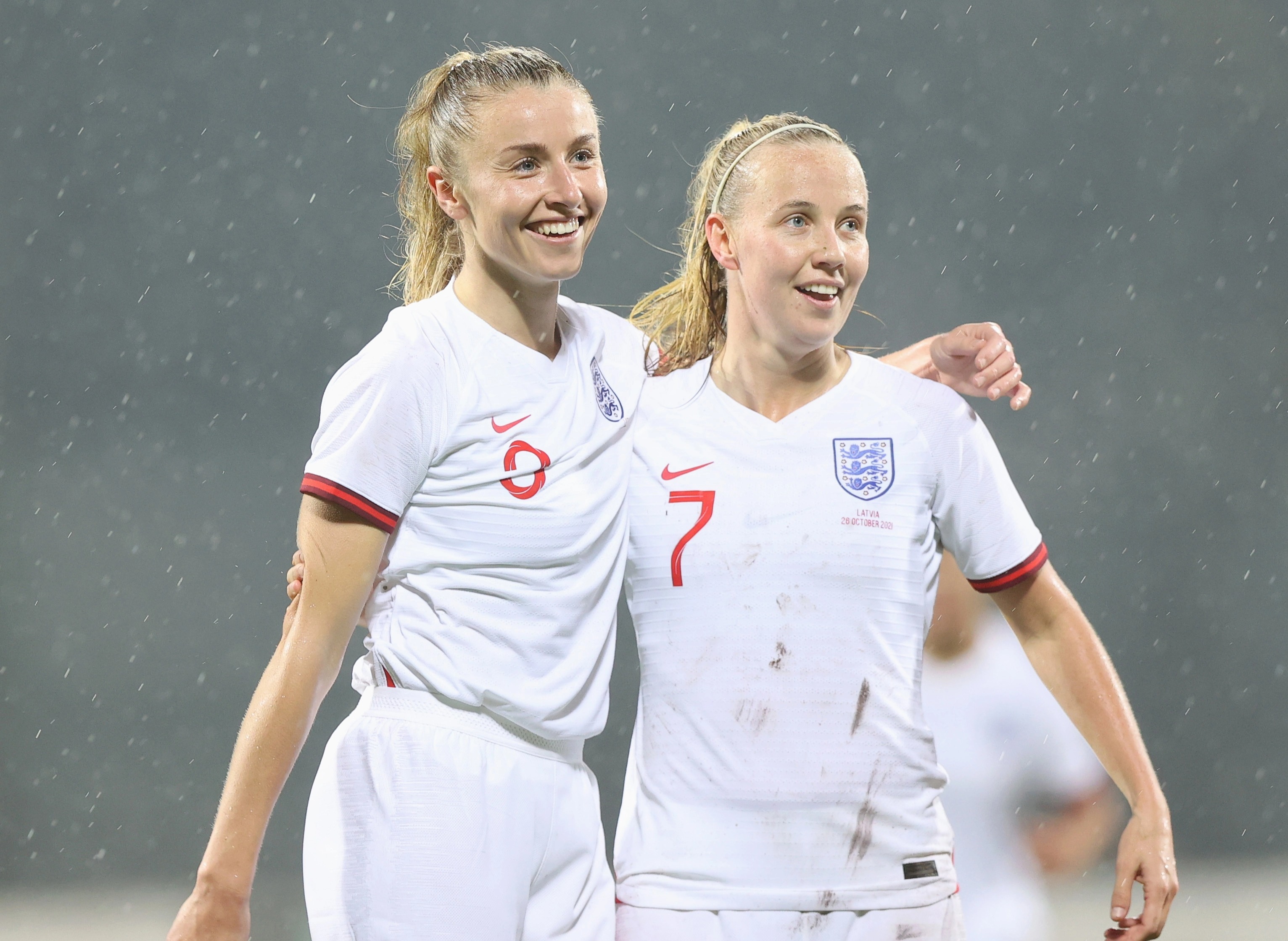 And Daly registered her brace with eight minutes of normal time remaining to wrap up a 10-0 thrashing.

Following the hefty result, England will find out who they play at Old Trafford in the first match of next year’s Euros with the draw taking place on Thursday

Toone added: "I've played at Old Trafford before and it was amazing.

"Hopefully, to play there for England will be really special and we can get loads of fans in there and make it a special occasion.”