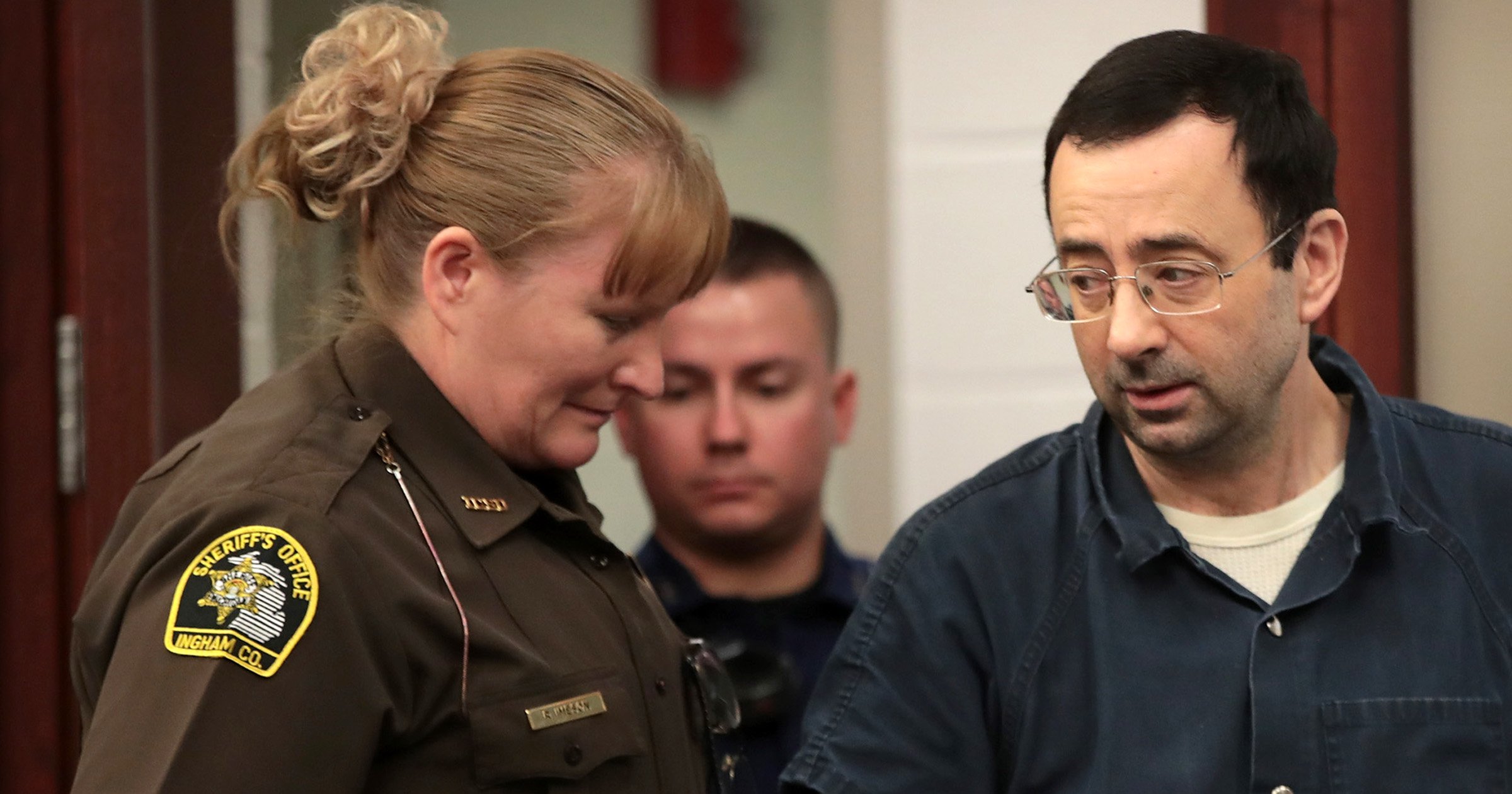 Nassar was a Michigan State University sports doctor as well as a doctor at USA Gymnastics. The disgraced former doctor was sentenced to 40 to 175 years in prison in 2017 after over 150 women and girls spoke in court about how he sexually abused them over the past two decades.

FBI Director Christopher Wray apologized to Nassar’s victims in September after they testified before the Senate Judiciary Committee and shared how the FBI mishandled their reports. The lawsuit is an attempt to hold the government responsible for the assaults after the Justice Department’s inspector general concluded in a report last year that the FBI made fundamental errors when it became of allegations against Nassar in 2015.

The names of the survivors who filed the claims were not revealed, but they each filed claims for $10 million.

‘We spend so much energy and resources encouraging children to come forward when they have been abused,’ said Jamie White, an attorney for the victims. ‘So the fact that people came forward to the most powerful law enforcement agency in the world and were rebuffed — it’s a slap in the face.’

White is not suing the FBI yet, as under federal law the government agency has six months to reply to the claims. A lawsuit could follow depending on the FBI’s response.

According to White, USA Gymnastics met with FBI agents to report allegations of assault by Nassar on July 28, 2015. While the FBI requires reports of child abuse to be dealt with immediately, Indianapolis FBI officials never referred the allegations to local authorities.

Each of the 13 women who filed claims seeking $10 million were assaulted between July 2015 and December 2016, White said.