Kay Prosper has the chance of a lifetime on Friday night

There was a time when Kay Prosper gave up on ever leaving Great Britain, even though it was a place in which he felt like an unwanted ‘alien’.

But, as he puts it, “everything changed because of Windrush” and now the boxing youth worker will have the biggest fight of his life on foreign soil.

Prosper boxes for the European title against Sandor Martin in Barcelona on Friday night in a fight which could put a glorious full stop on three painful decades of struggling to belong in his own country.

“For my whole life I had a big issue regarding my passport,” says Prosper, 36.

“Margaret Thatcher made a rule – if you’re born after 1983 you’re not automatically British unless your parents are British and you have to jump through loads of different hoops because I didn’t have all the documents that I needed.

“I was born in England but they didn’t want to give me a passport because my parents are not automatically British. My mother is from St Lucia and my dad is from Africa. They needed to have documents from when they came over here and were what they call ‘freely landed’.

“But my mum came over on her mother’s passport when she was about eight so she didn’t have any actual status. They didn’t get any stamps or anything like that.

“They said I was stateless and told me to try and get citizenship for a country that I’ve never been before which was St Lucia. I’ve never even been there, I know nothing about that country. I was born in Luton, Dunstable and lived there all my life, never been anywhere else.”

It was in Luton that Prosper first began boxing. A latecomer to the sport, he initially only wanted to coach but realised he had something to offer inside the ropes too. But while he was making a name for himself on the small hall circuit, his real fight was taking place with the home office who would not budge on their stance.

“It was very stressful and it made me feel like I wasn’t wanted and that I wasn’t part of something,” he adds.

“It was just a headache and I tried so many paths to get it sorted but every time I would just get blocked and stopped. You know when you try something five, six, seven times you just give up. Then two years would pass and I would try again but get the same result.

“I had just accepted that I would never be able to travel but then that all changed when the Windrush scandal went down. That was when my mother was able to get a passport and because she did, I got citizenship. If it wasn’t for that, I’d still be sitting here basically an alien in the country I was born in.

“I don’t get hung up on it and I don’t like to be too negative. These things happen. But now it is all sorted I want to make up for lost time, fly the flag for the country and take over the world.”

That starts this weekend and there is a certain sense of irony that after so long unable to leave the country, the fight which could propel him towards the upper echelons of the light-welterweight division is for the European title.

Since receiving his passport, Prosper has been abroad only once, heading to Portugal last year to spend time working alongside his stablemate Dillian Whyte, the interim WBC heavyweight champion, who is also trained by Xavier Miller. Now his second trip could glean some hardware of his own.

“Getting over to Portugal to train and do what I love doing just made me feel at ease that I can finally push on with my life and do things that normal people do,” Prosper says.

“All of this seems amazing to me. It was not until I actually had the passport in my hand that I believed I could travel.

“I want to go to America and beat up some of Floyd Mayweather’s fighters. I want to go back to the Caribbean and to Africa to see my heritage to see where my foundations were laid. But also just normal little things like going to France and Spain with my family. I’ve got two kids and I wasn’t able to take them on a family holiday and take them to Disneyland or anything like that.

“But now after all this I’m finally flying the flag for the UK and I’m going to bring the European title back and push on from there.” 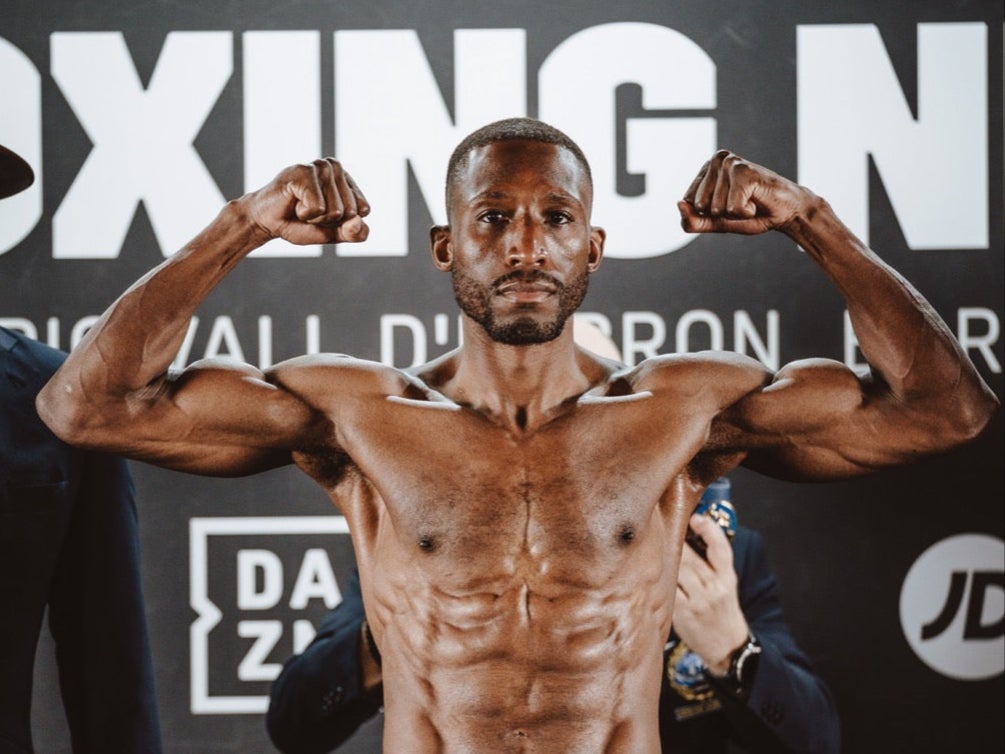 Prosper, 14-1-1, is a huge underdog in the fight and was as surprised as anyone when he was offered the chance to challenge Martin for his European title on Matchroom Boxing’s latest Spanish show.

The current English champion said: “Even though I’m jumping two or three levels, it’s a level I feel like I should be fighting at anyway. The best thing is that there’s no footage of me out there. I think there’s one fight on Youtube so he can’t really study me and formulate a game plan.

“I’m sure he has trained hard and that he’s going to be in good shape but it’s tactical warfare and I don’t think he can prepare for what we’re going to bring to the table.

“I’m not going to get no favours over there. I can’t go and fiddle it. I have to dominate him or knock him out. I’ll be going there with a maximum violence intention.”

Want to bookmark your favourite articles and stories to read or reference later? Start your Independent Premium subscription today.