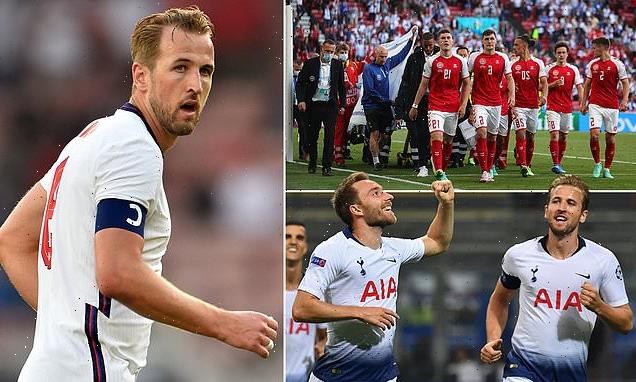 England captain Harry Kane was reportedly left ‘numb with shock’ as he watched his former Tottenham team-mate Christian Eriksen collapse on the pitch and require CPR on Saturday.

The Denmark midfielder was treated my medics on the pitch in Copenhagen during the first-half of their clash with Finland before being rushed to hospital.

Eriksen, 29, has now been confirmed to be in a ‘stable condition’ in hospital, but the scenes drew concern from all across the football world, including within the England camp. 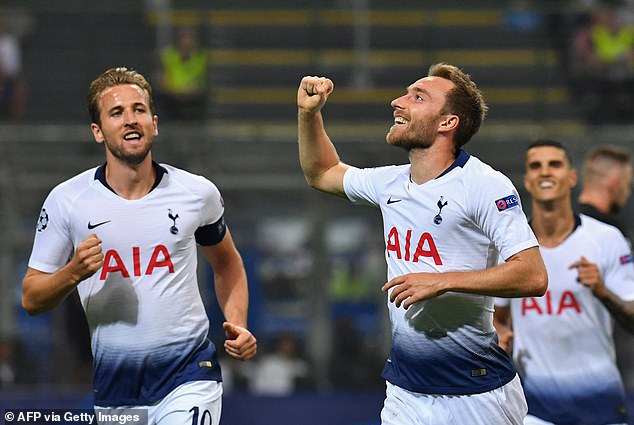 A report in The Sun claims the members of Gareth Southgate’s Three Lions squad, who start their Euro 2020 campaign against Croatia at Wembley on Sunday, were left stunned as they watched the game.

A source close the camp said: ‘They’re all numb and very upset.

‘You have to appreciate many of them have played with or against Christian. Harry is particularly devastated.’

Kane, who played with Eriksen at Spurs between 2013 and 2020 before the Dane moved to Inter Milan, tweeted as the incident was unfolding.

He posted: ‘Chris. I’m sending all my love to you and your family. Stay strong mate.’

After the news that Eriksen was conscious and able to speak to his team-mates following the incident, England’s official Twitter page expressed their support for the 29-year-old’s health. 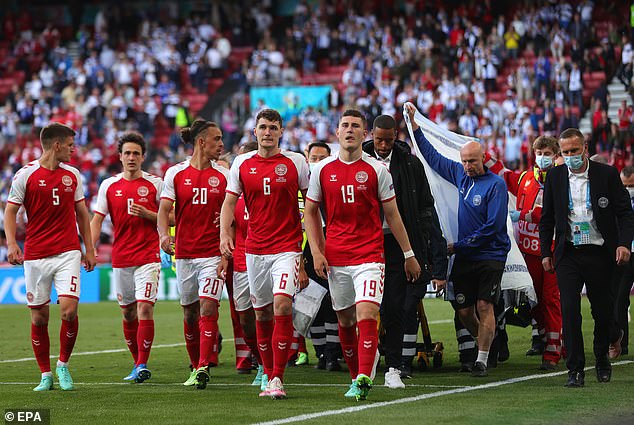 ‘We are encouraged by the update from [the Danish FA] this evening.

‘On behalf of The English FA, our players and staff, we send our very best wishes to Christian and those close to him.

‘Our thoughts remain with Christian and his family tonight.’

There was similar messages from the rest of the Three Lions squad, with Jadon Sancho, Raheem Sterling and Jack Grealish among those to wish the Dane well.

Sterling tweeted: ‘Thought and prayers go out to Christian Eriksen and his family’.