It is the video which some say might spell the end of the Bundesliga season.

The German league had hoped to restart later this month. After proposing a detailed plan involving stringent hygiene regulations, clubs were waiting for the green light from Angela Merkel and fellow politicians later this week.

Yet an ill-fated Facebook live from former Chelsea star Salomon Kalou might yet see the Bundesliga’s plan crash and burn before it even gets off the ground. 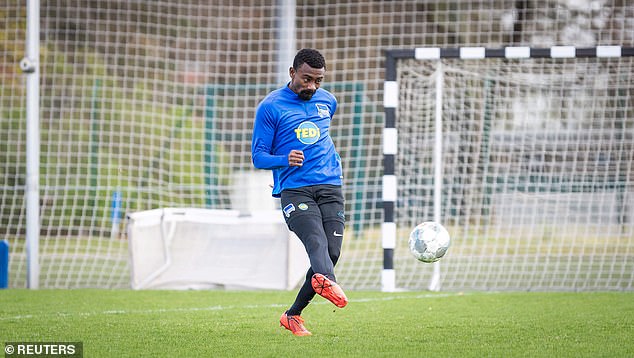 Kalou, now at Hertha Berlin, broadcast the clip on Monday afternoon, to widespread shock in Germany.

In the video, the veteran Ivorian striker is seen flouting many of the Bundesliga’s hygiene measures, fist-bumping and clapping hands with team-mates, as well as barging in on another player’s coronavirus test.

He and fellow Hertha players also appear to be openly complaining about pay cuts brought on by the virus crisis, with Kalou waving what he says is his pay cheque at the camera.

In another section of the since-deleted video, Kalou walks in on a Hertha staff member working at a computer, shaking his hand and talking to him for a matter of seconds.

In the Facebook live video, Kalou fist-bumping and clapping hands with his Hertha team mates

He also barges in on defender Jordan Torunarigha while the latter is undergoing what appears to be a coronavirus test, with a team doctor swabbing the inside of his mouth.

‘Sala, please. Sala, delete that, please,’ the doctor says when he realises Kalou is filming. The former Chelsea man leaves the room, saying he is ‘only joking’.

The video comes amid the DFL’s announcement that there were 10 positive tests for the coronavirus among 36 clubs in the Bundesliga and second division.

The DFL says that 1,724 tests for COVID-19 were carried out over two rounds among players and staff. 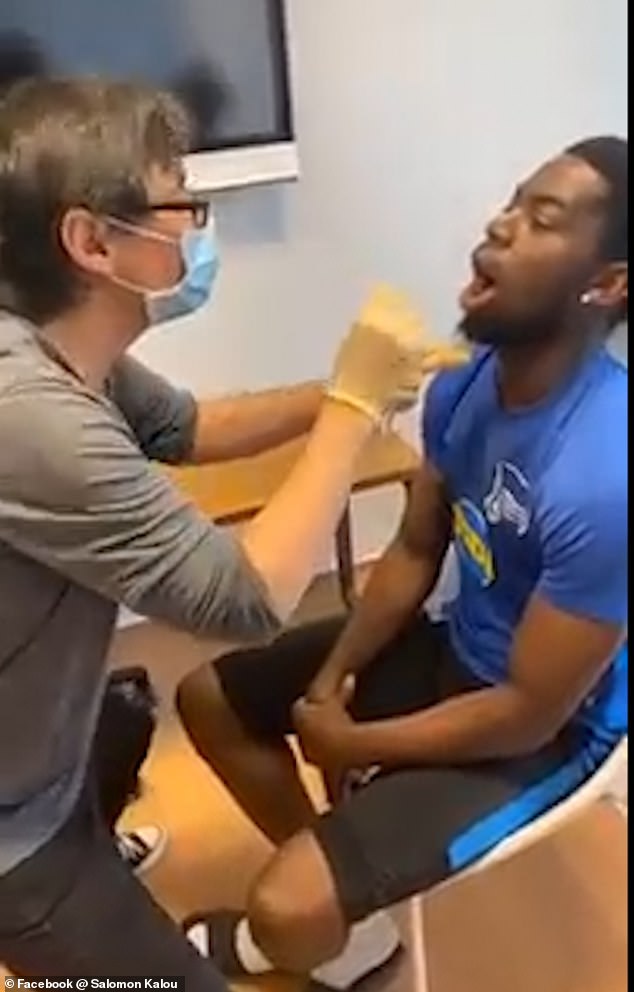 The explosive potential of the video also comes as the Bundesliga awaits official approval for its plan to restart games behind closed doors later this month.

Yet that has now been thrown into doubt by Kalou’s video, which shows that at least at one club, even the current regulations are not being kept to entirely. Since training began on April 6, most Bundesliga clubs have been training in small groups with players changing individually and under orders to observe strict social distancing rules.

The plan to resume games also relies heavily on regular testing for all players, which has been criticised by medical professionals and others as a waste of resources. 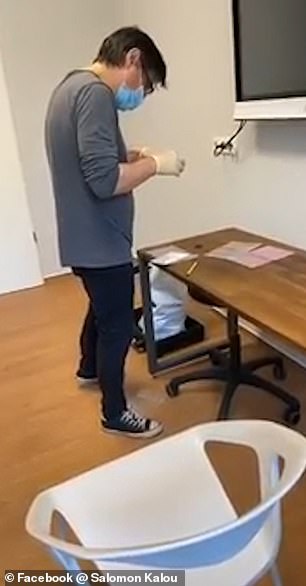 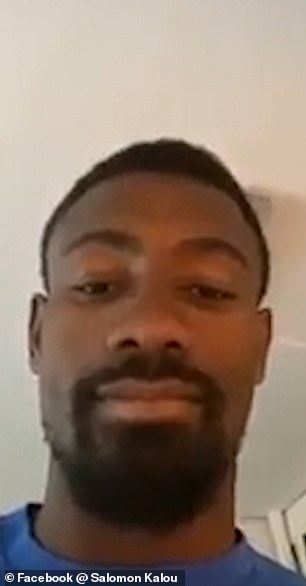 The video will hardly fuel public sympathy for the footballers, especially given the discussion about wage cuts.

Captain and senior team member Vedad Ibisevic is heard moaning about an 11 percent cut to his wages, while another player off camera seems to say he has received a 15 percent reduction.

‘If they do every player, they’re gonna earn a lot of money…they’re crazy bro, I don’t understand why they do that…I’m gonna ask him: are they fucking with us?’ Ibisevic appears to say. 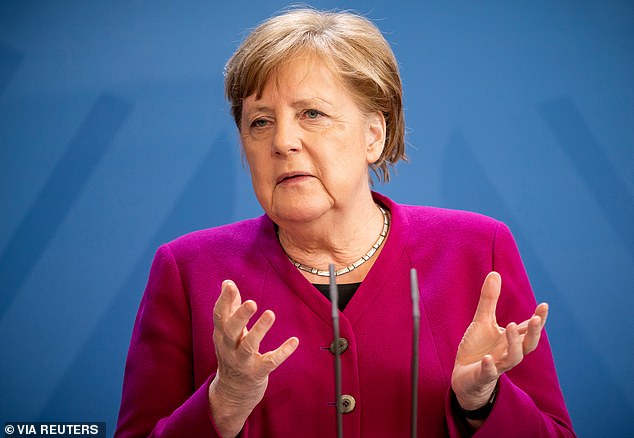 Hertha announced that their players would take a wage cut back in March, without stipulating how much, and the dressing room discussion appears to be based on the fact that the players did not expect such a large reduction in pay.

‘Today’s video will unleash more discussion about how safe the Bundesliga is with respect to the growing virus, because it shows that at least some players are not sensitive to the dangers,’ wrote 11 Freunde magazine. 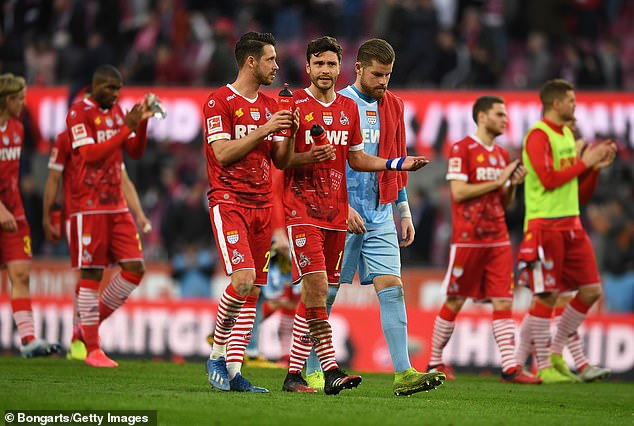