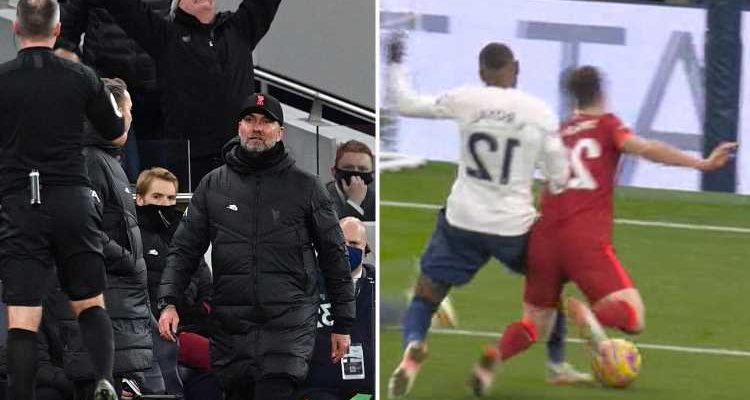 Emerson Royal shoved the forward to the floor in the box with the scores tied at 1-1 just before half-time but Tierney failed to point to the spot – leaving TV pundits baffled. 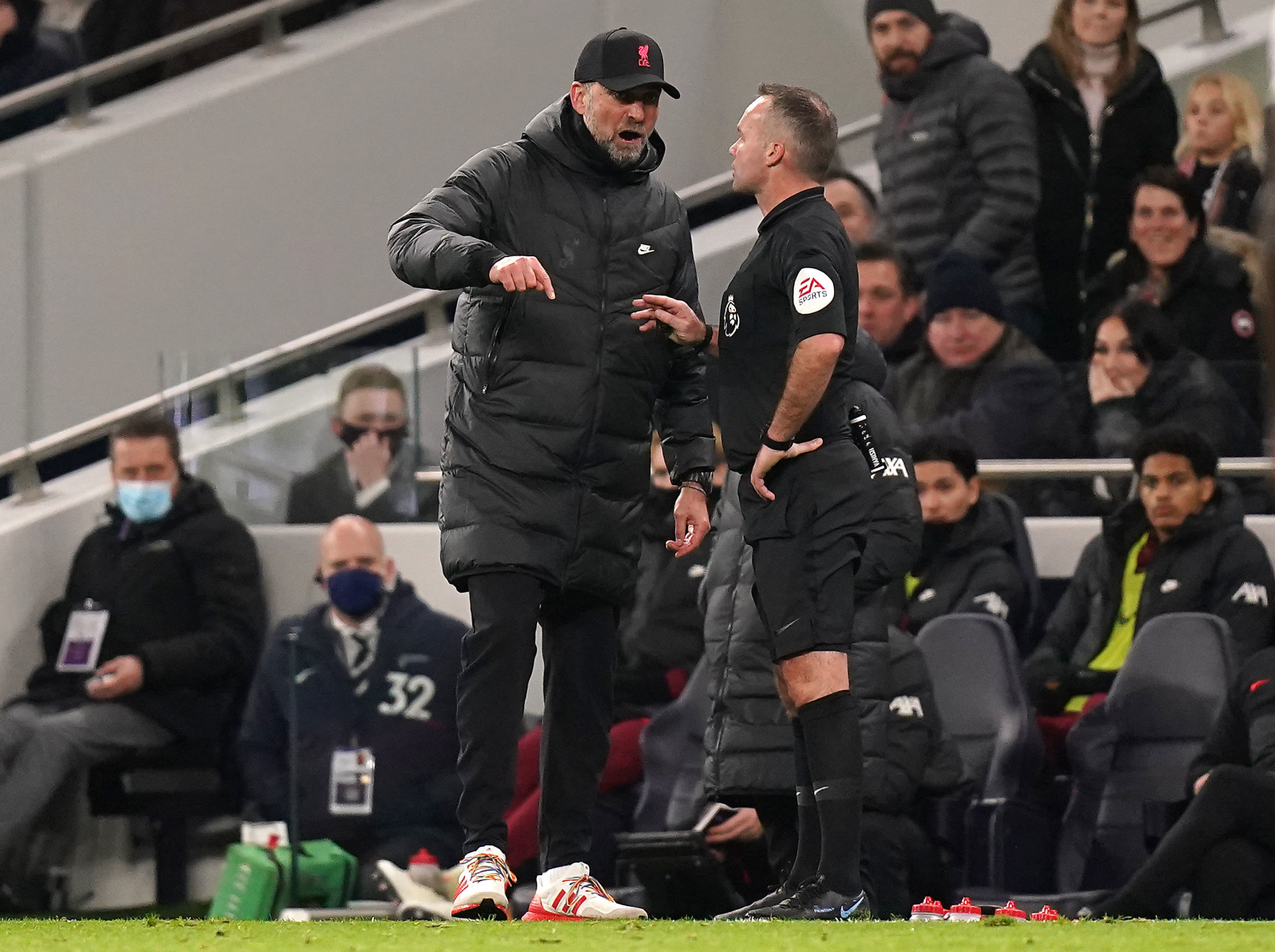 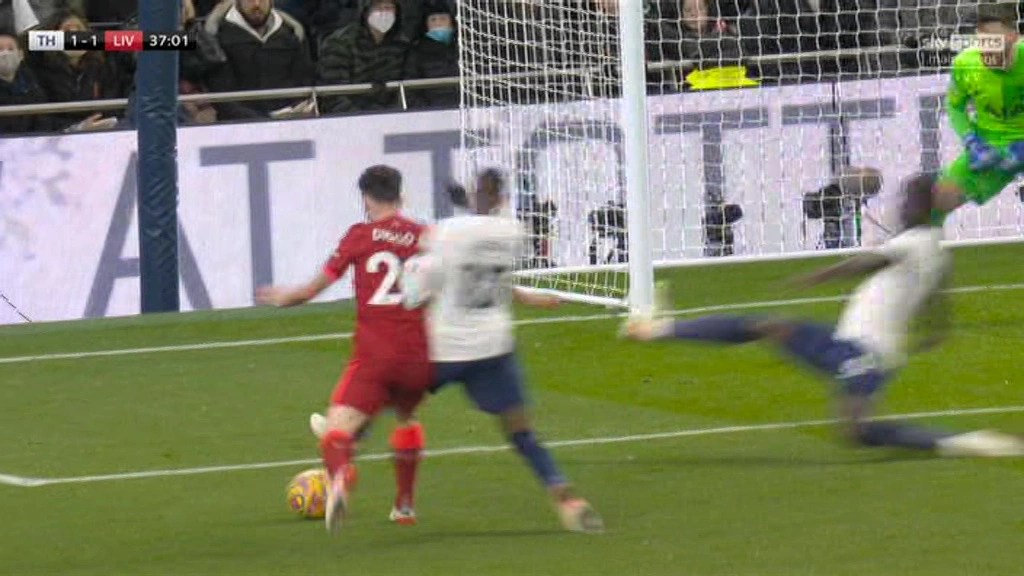 The officials had a stinker in North London with Harry Kane also escaping a stonewall red for a wild lunge at Andy Robertson.

Klopp was incandescent with rage at one stage and was shown a yellow card after letting rip at Tierney.

And at the end of the game footage appeared to show him telling the whistler: "I have no other problems with referees, only you."

Soon after, the German spoke to the media and recounted what Tierney said to him.

Klopp explained: "Mr Tierney told me Diogo [Jota] stops on purpose because he wants the foul.

"First and foremost if you want to shoot you have to stop because you cannot do both.

Cristiano building £7m mansion for when he quits football

“It is always helpful when you play football yourself.

"When you see the situation back (Diogo Jota’s penalty appeal), the VAR is there.

"Why is he stopping? I don’t understand.

"The draw is fine. We are not crazy enough to think we cannot draw at Tottenham but these situations are crucial.

“I have no idea what his [referee Paul Tierney] problem is with me."

Klopp was not the only one confused by Tierney's decision to let Emerson off the hook.

Former Spurs and West Ham striker Jermain Defoe told Sky: "How is he supposed to get a shot off without slowing down?"

'JOKE OF A DECISION'

And Jamie Carragher added: "Yes, you cannot condone speaking to a referee but managers are emotional.

"We want managers to be honest and emotional and the decisions that go against Liverpool, it was a blatant penalty, Harry Kane should have been sent off.

"We were frustrated with VAR a year or two ago, we are OK with it at the moment but we have gone right the other way.

"Last season a touch on the ankle was a decision but now we are thinking what is the point of VAR with penalties?

"Chris Kavanagh is VAR and that has to be a penalty.

"It might have happened 100 miles-an-hour but the whole point of VAR is to help the referee.

"This is the whole point of bringing VAR in.

"The clear and obvious is a real problem because the don't want to re-referee games. VAR helps referees on big situations and that was a big one."

Fellow pundit Jamie Redknapp was equally dumbfounded and said: "It is a horrendous decision, he just barges him.

"At least get some opinion from VAR. Look at the position of the referee, surely he can see that.

"How has he got the ball? It is such a bad decision.

"There is not a fan of football, ex-player who would say that is not a penalty. It is a joke of a decision."